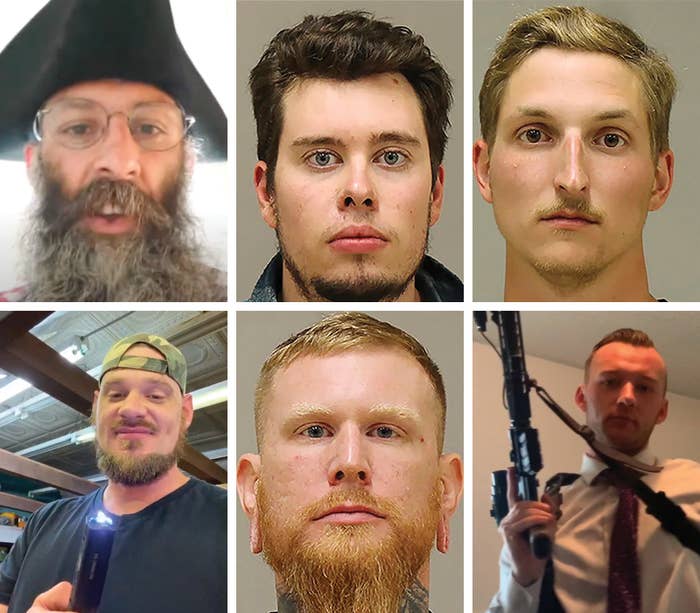 Henrik Impola had been accused of perjury in a different case. Prosecutors called the allegation “unfounded” but said he wouldn’t be a witness when the trial begins in March.

Federal prosecutors on Friday said that they would not call on a key FBI agent to testify at the upcoming trial of five men accused of conspiring to kidnap Michigan’s governor. He is the third agent from the case conspicuously missing from government witness lists.

Henrik Impola was one of two special agents handling a confidential informant who made hundreds of hours of secret recordings during the probe. Last summer, defense attorneys noted in court that Impola had been accused of perjury in a prior case and asserted he “has had trouble telling the truth under oath.”

Although prosecutors said the allegations were “unfounded” and that a separate court “made no finding of misconduct,” they said in a new filing that the government did not intend to use Impola’s testimony at the trial beginning March 8. The Justice Department had previously announced that the other agent who handled that informant, Jayson Chambers, would not be testifying either. That news came just five days after BuzzFeed News revealed that while working for the FBI, Chambers had incorporated a private security firm linked to an internet troll.

A third agent, Richard Trask, who had served as the case’s public face, will also not be coming to the stand because he was fired in the wake of an alleged assault on his wife after a swingers’ party. He is expected to enter a plea in the matter in Michigan state court on Monday.

Prosecutors, however, dismissed the suggestions from defendants that these incidents had undermined the case, calling them “irrelevant collateral issues.”

On Thursday, BuzzFeed News reported on a number of issues related to the conduct of FBI agents and a confidential informant in the case, noting for the first time that Chambers would not be testifying. All three men have declined to comment or not responded to requests for comment this week.

The government claims that the five men facing federal trial — Barry Croft, Kaleb Franks, Daniel Harris, Adam Fox, and Brandon Caserta — plotted during the spring, summer, and early fall of 2020 to “snatch” Gov. Gretchen Whitmer from her lakeside Michigan vacation home and potentially spirit her out of the state. The defendants argue that they were entrapped and that Chambers and Impola, through the use of multiple informants and undercover agents, directed much of the action in the plot and badgered the alleged conspirators into doing things that appeared incriminating.

Eight other men face trial in Michigan state court on related charges. A hearing is scheduled for Monday in Jackson County court to hear entrapment claims from three of them.

In a separate filing Friday, their attorneys asked permission from the court to use evidence they believe helps establish entrapment in the trial, citing 258 different snippets of phone conversations, covert recordings, text and encrypted messages, and Facebook chats gathered by the government. Much of that material would be hard to get into court without calling the defendants themselves to testify, something that’s rare in criminal cases because they would face cross-examination from the government.

One such quote is from a text sent by Chambers to his informant on Sept. 5, 2020, just a week before he led a group of suspects on a nighttime surveillance of Whitmer’s home. “Mission is to kill the governor specifically,” the text read. Quotes from the defendants, on the other hand, capture them expressing discomfort with kidnapping or confusion as to what the alleged plan might be.

Also on Friday, Assistant US Attorney Nils Kessler wrote in a filing that such evidence should not be allowed in court. “Admitting these statements would permit the defendants to effectively testify without being subject to cross-examination,” the lead prosecutor in the case wrote.

In another filing, the government argued that it should be allowed to admit evidence of the defendants’ prior criminal record in unrelated cases, claiming that it would help “show they were predisposed to commit” the offenses alleged in the case.

In the case of Croft, those include a 1994 burglary charge and a 1997 gun possession conviction. Croft was pardoned for those crimes by the governor of Delaware in 2019.

The prosecutor also took time to discuss allegations that special agent Chambers might have been trying to use the Whitmer investigation to promote his private security business, Exeintel. “The defendants have produced no evidence,” Kessler wrote, “showing SA Chambers had a financial stake in the outcome of this case.” He added that Chambers left Exeintel “without ever making a deal with a client or deriving any financial benefit.”

He also blasted the defense attorneys for trying to introduce information about the agents, calling it a ploy to “shift the focus away” from the defendant’s wrongdoing and “persuade the jury to punish the FBI for perceived personal or policy infractions, or political opinions, instead.”

“The information is of marginal relevance at best and invites the jury to decide the case on improper grounds,” Kessler continued. “Specifically, the defendants hope to capitalize on disinformation painting the FBI as a corrupt ‘deep state’ institution.”