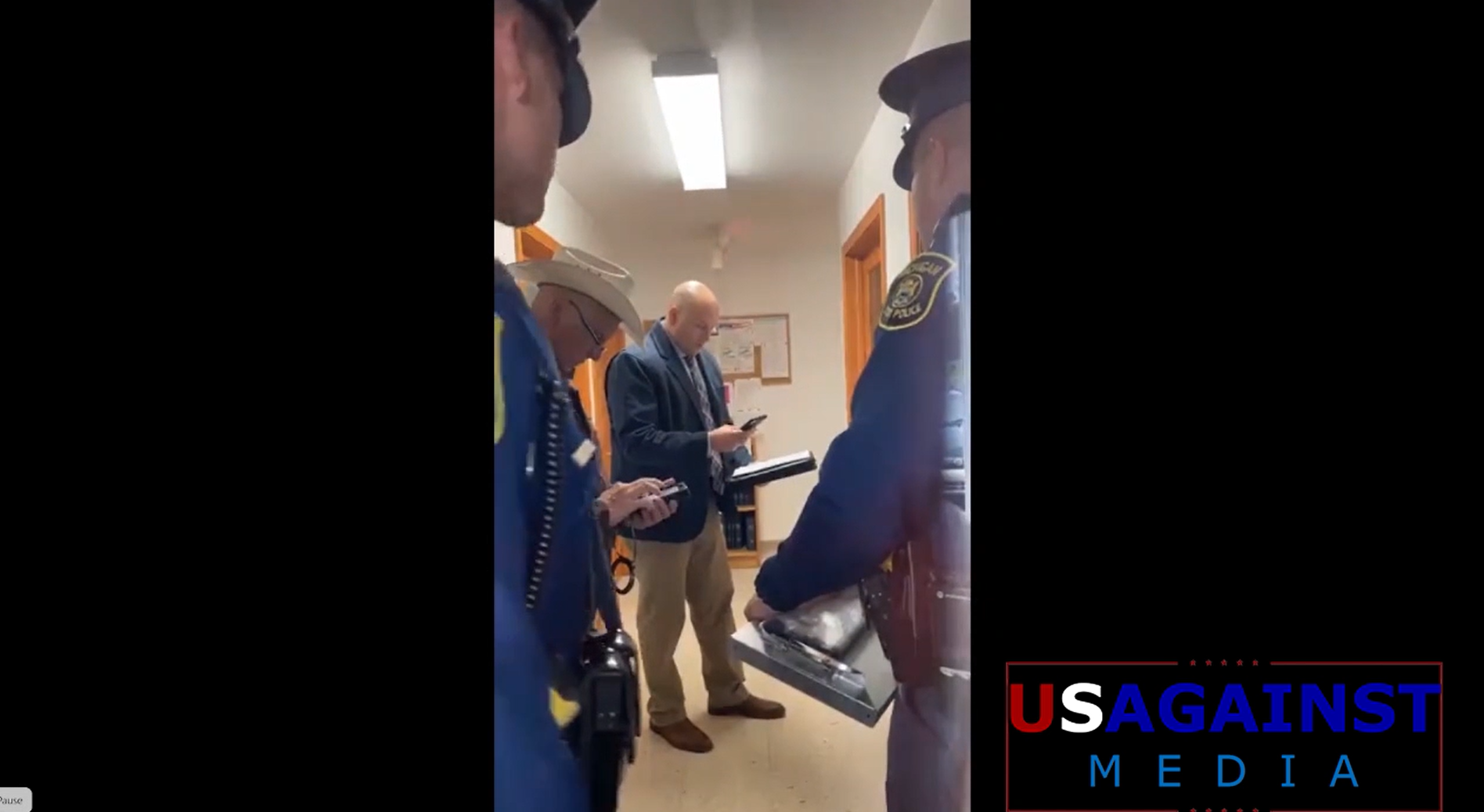 ADAMS TWP-  Today, the Secretary of State, Jocelyn Benson sent an investigator and two state troopers with a warrant to retrieve the computer portion of the tabulator from the office of Stephanie Scott, who is the Adams Township Clerk. The State of Michigan plans on prosecuting Scott with a misdemeanor.

Earlier this week, Scott received a letter dated October 25th from the Secretary of State’s office from the Director of Elections, Jonathan Brater, releasing Scott of any work pertaining to elections. The letter describe her violations below:

Letters From Michigan Secretary Of State

Video credited to PS Political
Scott was removed from her election responsibilities because of her questioning the authenticity of the tabulators and integrity of their county’s voting machines.
In the Adams Township Meeting on October 11, 2021, Scott expressed her concerns about the tabulators. She describes the Public Accuracy Tests in which the pubic is allowed to watch the clerk test voting machines. Scott stated the minimum amount of ballots in order to properly test the machines is 16. This was back in March of 2021. When Scott received her her test packet back from the county, it only contained seven ballots, in which she expressed her concern to the county clerk. The clerk stated, “That’s what we get.”
Scott questioned the clerk, asking who has the authority to authorize the amount of ballots get received? All the clerk could mention was that the “print house” prints all these ballots, and they determine how many ballots they get in order to to test these machines. Since there was a lack of ballots to test the machine, Scott and Mark Nichols, the township supervisor, ran the 7 ballots but contested it due to lack of ballots. This is why the State accuses Scott of not completing the Public Accuracy Testing.
Back in February, Scott stated all the county clerks were sent a letter from the Michigan Bureau of Elections stating the could destroy their chain of custody from the November 2020 election. She expresses her concern with this stating, “We have a legal obligation to store these ballots and preserve them for 22 months.” The chain of custody is part of the ballot.
You can watch the meeting here:
ADAMS TOWNSHIP HALL MEETING
Stephanie Scott is currently preparing a statement tomorrow with her attorney present. So what is the State of Michigan and the Secretary of State hiding?
2021-10-29
Previous Post: Grand Ledge Teacher Flies Diversity Flag and Gets Paid the Big Bucks!
Next Post: House Committee to Vote on Bill Requiring Security Marking on Ballots