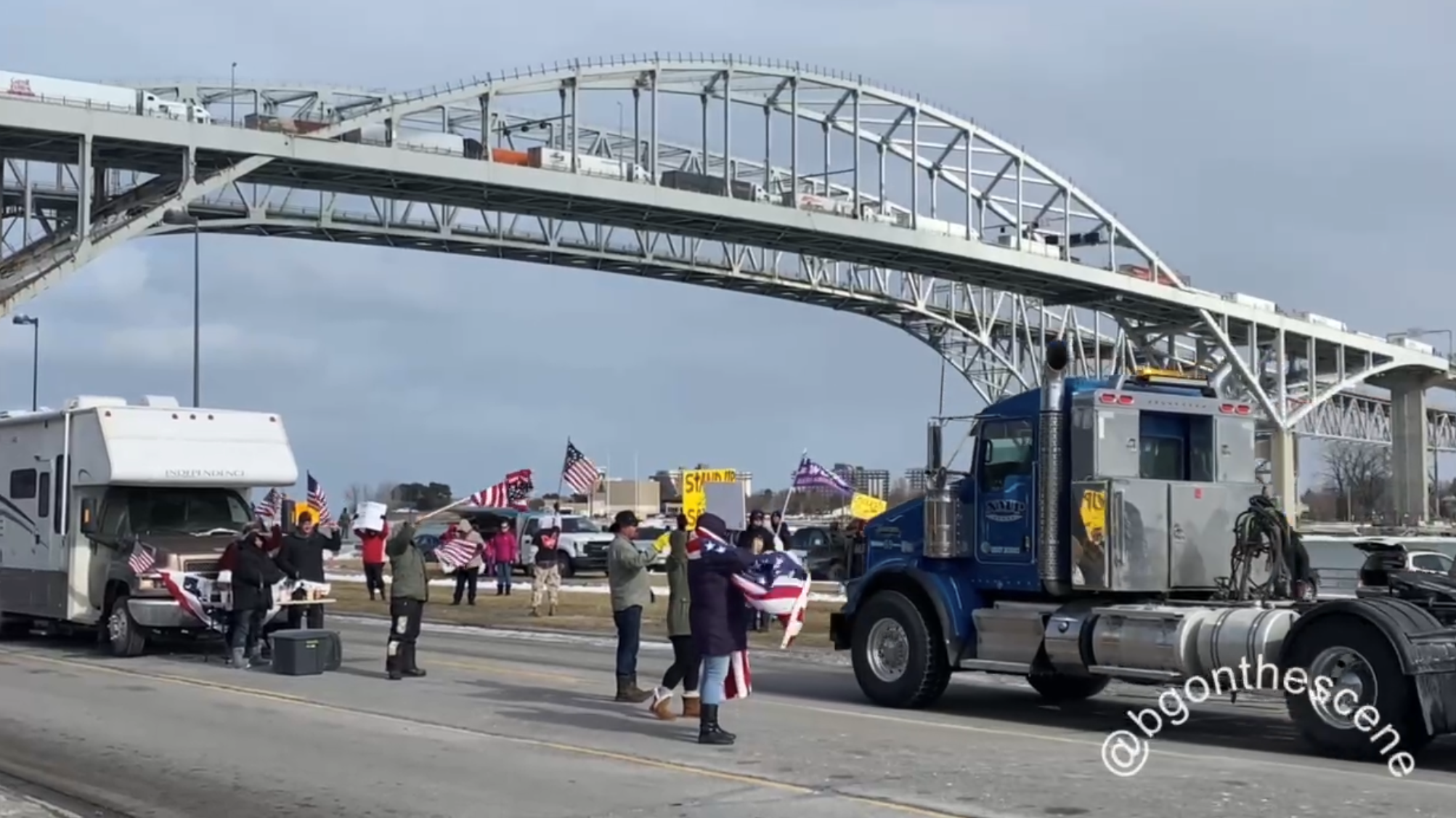 PORT HURON- Redirected traffic at the Blue Water Bridge in Port Huron is officially backed up due to the Ambassador Bridge blockade as truckers and supporters demonstrate against mandatory mandates. 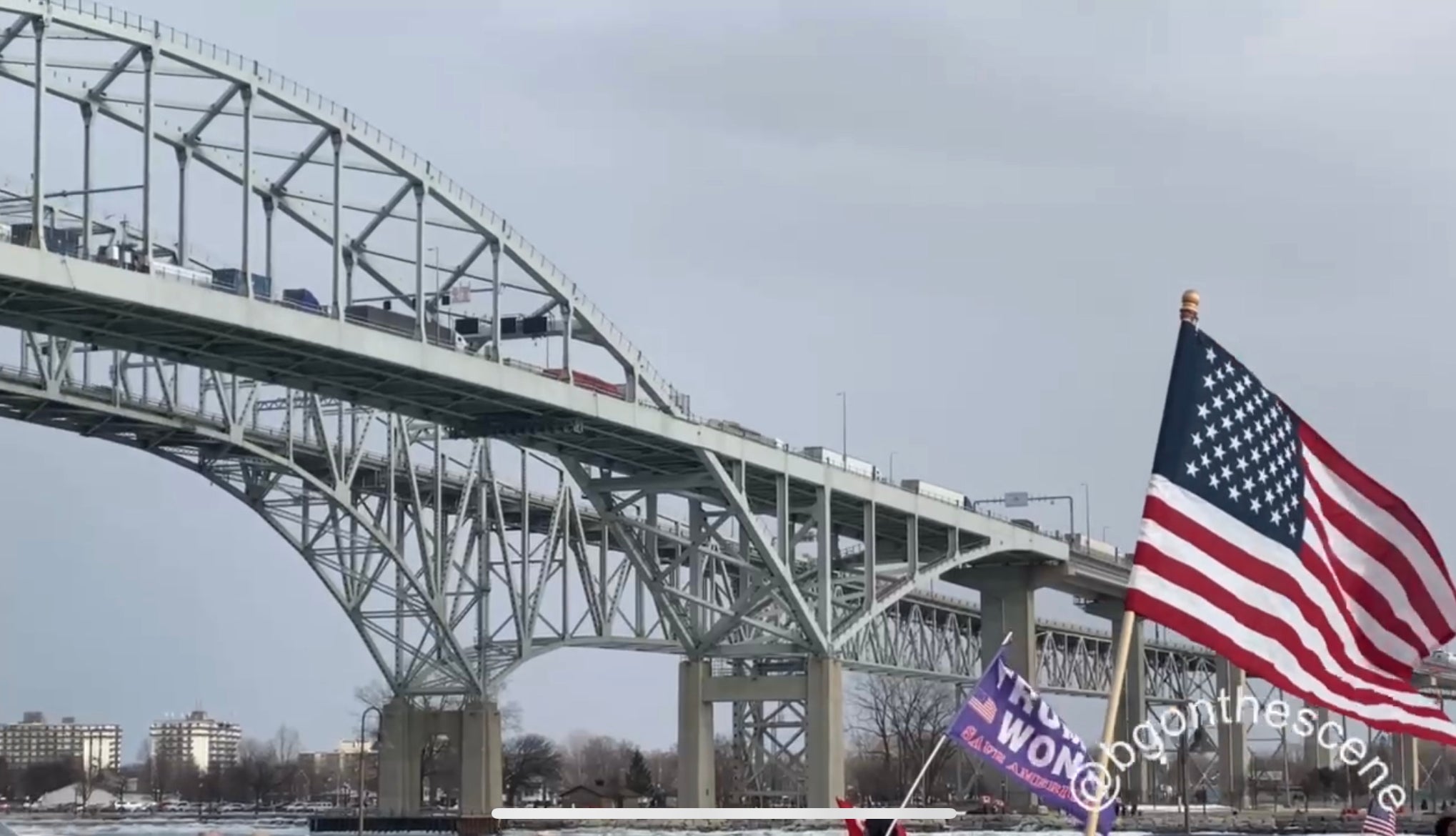 The Blue Water Bridge, which is 66 miles north of the Ambassador Bridge has been used to reroute traffic due to the protest. 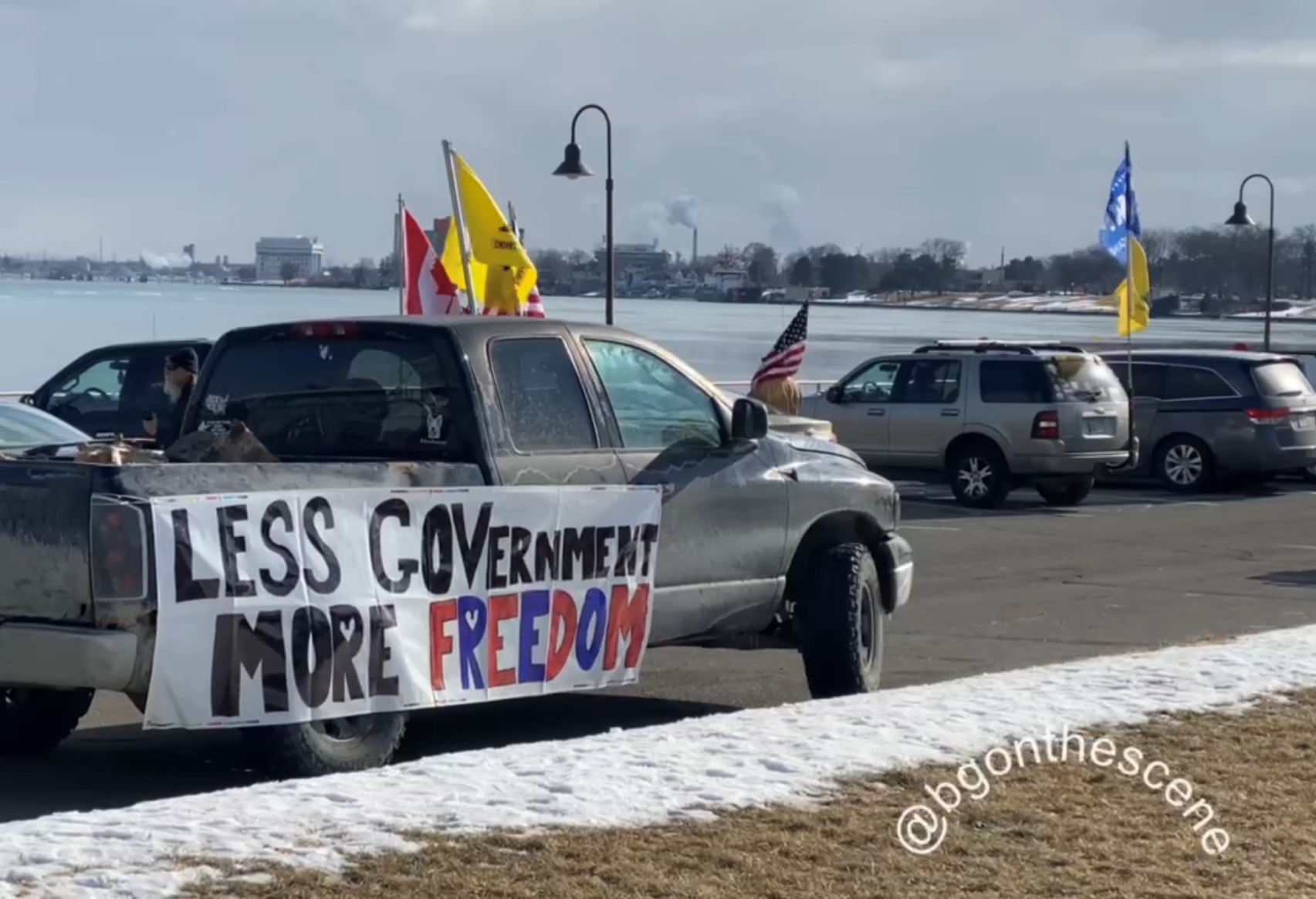 The entire world is and will be watching as temperatures will be dipping down into the single Fahrenheit digits tonight with police and tow trucks standing by.

Videos and screen captures by: BG on The Scene

Trucks slow rolling by the Blue Water Bridge at today’s protest against vaccine mandates and Covid restrictions near the Canadian border in Port Huron, Michigan pic.twitter.com/yIQjUmGP0B

Traffic backed up heading into Canada along the Blue Water Bridge connecting Port Huron, Michigan and Sarnia, Ontario, where commercial traffic has been redirected as the Ambassador Bridge blockade continues in Windsor pic.twitter.com/hXKhJrgaMI

A convoy protesting vaccine mandates and Covid restrictions has gathered on the U.S. side of the border under the Blue Water Bridge in Port Huron, Michigan pic.twitter.com/yEucMsH1Sk