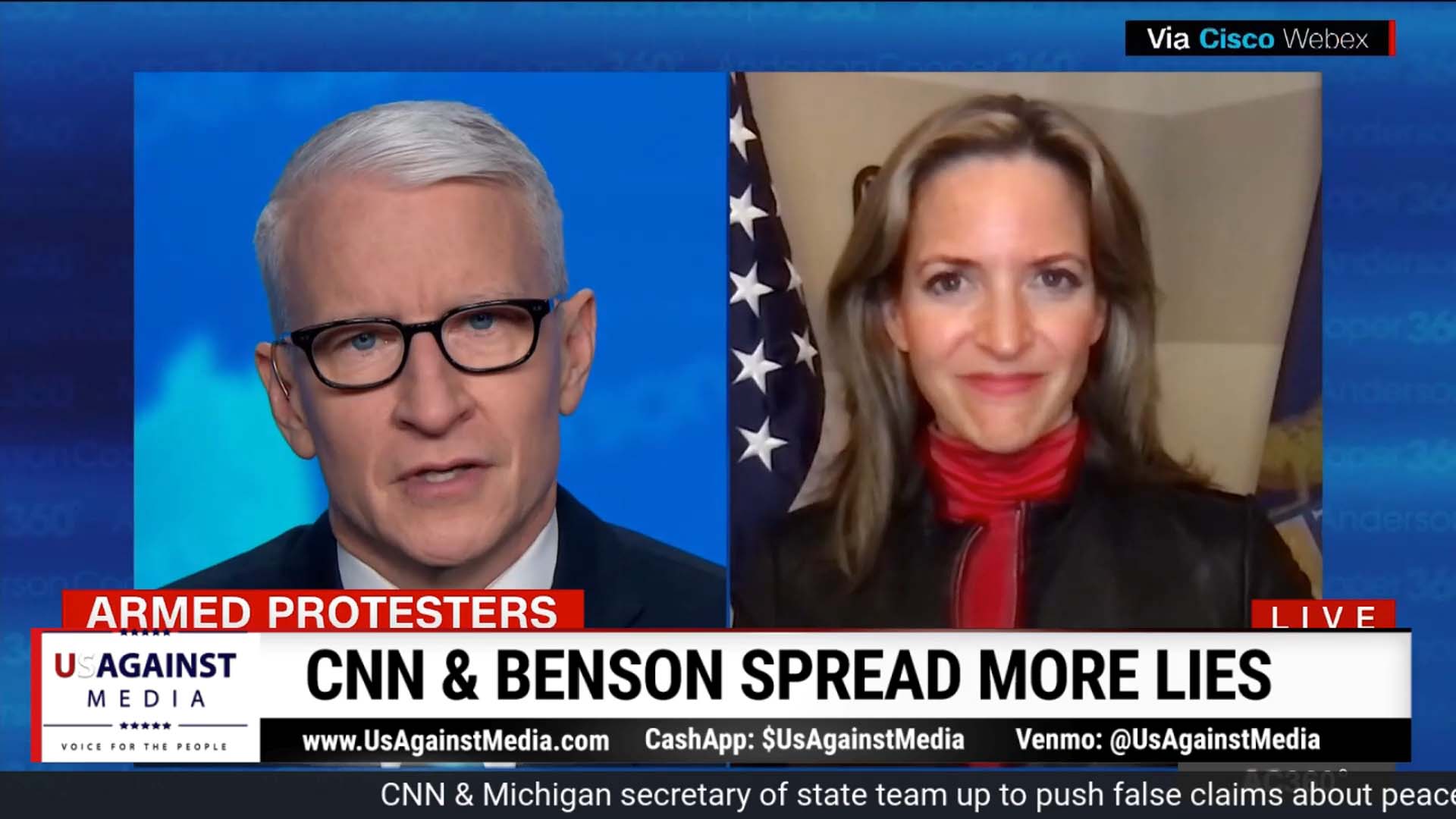 MICHIGAN- Once again, the mainstream media is pushing false accusations to help support the narrative, that the protesters who showed up at Michigan secretary of state Jocelyn Benson’s house, to lawfully protest, and hold elected officials accountable for their actions, were armed and yelling threats.

This is completely false, as video documenting the event showed that not 1 single person was armed with anything other than a sign or a flag.

Video documenting the event also show that no threats were uttered, or made during the protest.

Anderson Cooper also brings up the Gretchen Whitmer “Kidnapping Plot”  that was proven to be setup and orchestrated by the FBI.

You can read more about that here:

You can see the video, documenting the event below:

What do you think about an elected official, lying to push a narrative that people are not allowed to peacefully protest, or else they will be labeled as “domestic terrorists”.

Did you see any weapons or hear any threats being made in the video?

Leave your comments below.