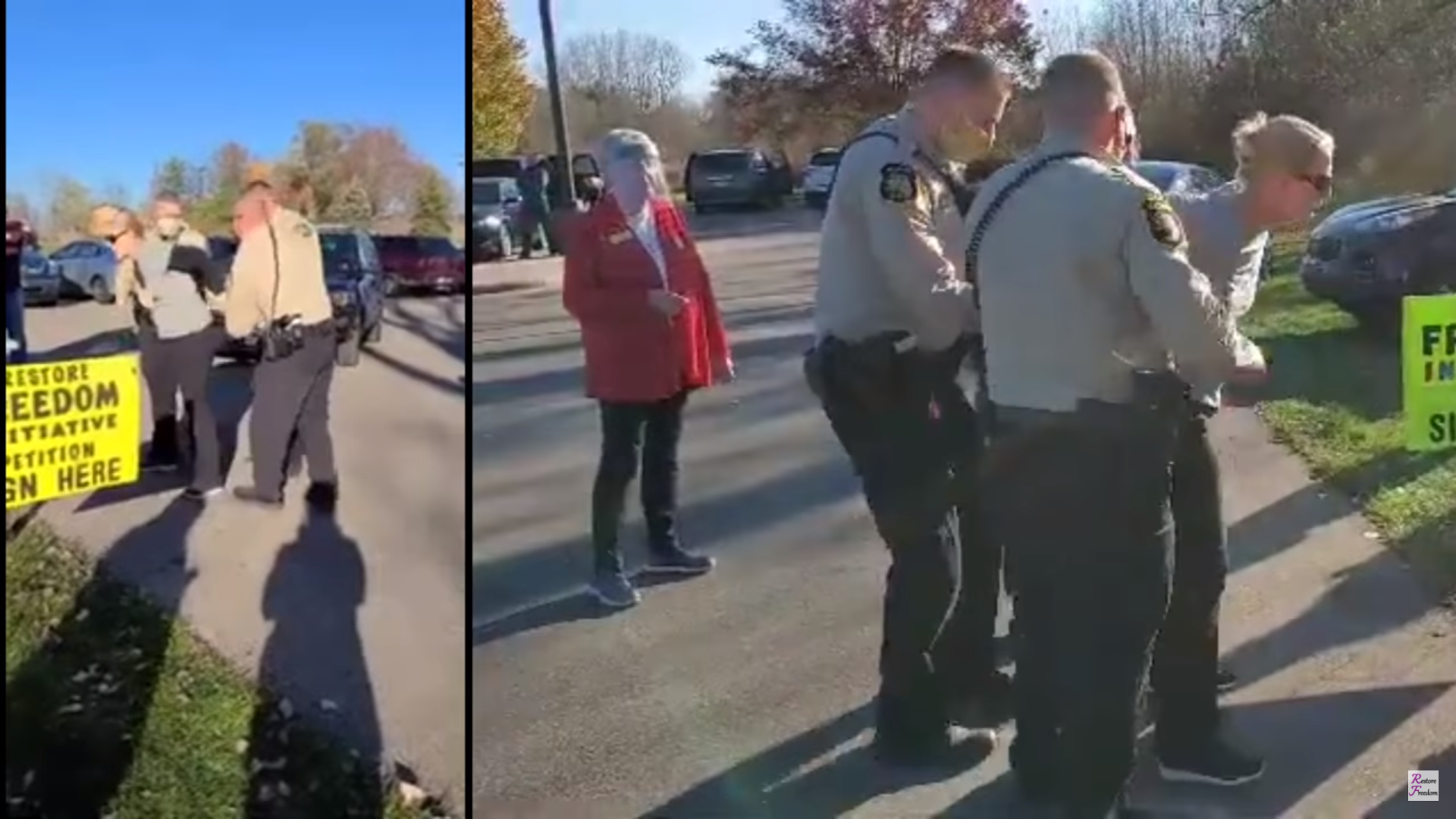 Constitutional attorney Katherine Henry will be on trial next week for an unlawful trespassing misdemeanor charge. Henry was holding a petition drive for signatures to eliminate Governor Gretchen Whitmer’s emergency powers and lockdown orders. You can see video of her arrest here:

The arrest occurred outside the Leighton Township offices in Allegan County. Katherine Henry said she was handcuffed, placed in a sheriff’s vehicle, and told she would be taken to jail. However, she was soon after released and given a misdemeanor trespassing citation.

According to the Michigan Election Law 168.744, it states:

(2) A person shall not solicit donations, gifts, contributions, purchase of tickets, or similar demands, or request or obtain signatures on petitions in a polling room, in a compartment connected to a polling room, or within 100 feet from any entrance to a building in which a polling place is located.

Henry’s trial will be held at 9am on Wednesday, July 21 at the Allegan County District Courthouse, 113 Chestnut St, Allegan, M 49010.

We had the opportunity to interview Katherine Henry at the