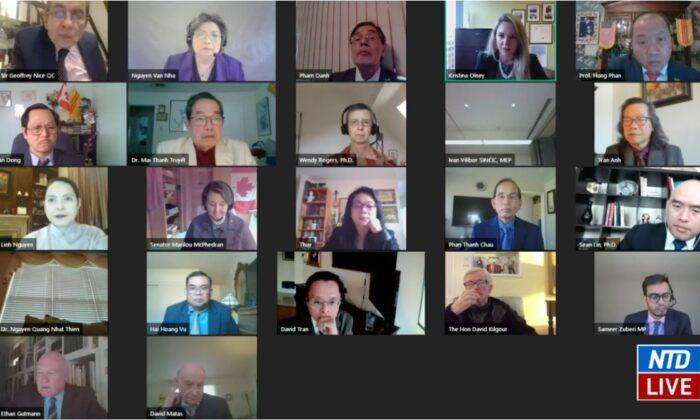 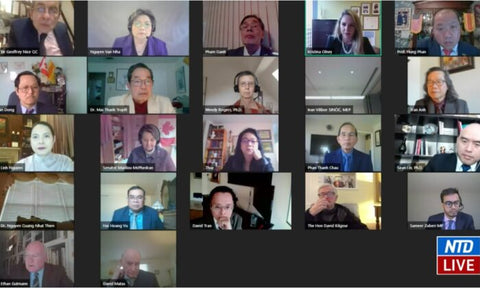 A group of international advocates are calling on countries including the United States to do more to hold China accountable for its state-sanctioned practice of harvesting organs from living prisoners of conscience.

“On the issue of forced organ harvesting, the international community has remained silent despite the evidence for far too long,” said Kristina Olney, director of government relations for the Washington-based nonprofit Victims of Communism Memorial Foundation (VOC) during a webinar held on Feb. 24.

The online event was co-hosted by VOC and the International Coalition to End Transplant Abuse in China (ETAC), which is an advocacy group consisting of lawyers, academics, medical professionals, researchers, and human rights advocates.

Olney added: “The United States and the rights-respecting nations of the world must confront the evidence of this horrific human rights abuse taking place in China today, and hold the Chinese Communist Party accountable for its complicity. This crime has no place in the 21st century.”

China has been one of the top destinations for transplant tourism, while Beijing has promoted a narrative in U.S. newspapers that organs are sourced from voluntary donations. The Chinese regime announced that it would stop sourcing organs from executed prisoners starting on Jan. 1, 2015, and claimed that it would executively rely on a new system of voluntary donations.

Beijing’s claim was refuted by a June 2019 report published by a London-based people’s tribunal headed by U.N. war crimes prosecutor Sir Geoffrey Nice QC. The report concluded, after a year-long investigation, that the state-sanctioned practice of forced organ harvesting for profit was happening on a “significant scale” in China, with Falun Gong practitioners being the main source of organs.

In China, adherents of Falun Gong, a spiritual discipline also known as Falun Dafa, have been the targets of persecution by the CCP since July 1999. According to estimates from the Falun Dafa Information Center, millions of Falun Gong practitioners have been throw into prisons, psychiatric wards, and other facilities, while hundreds of thousands have suffered torture.

“There have been a number of congressional hearings and resolutions condemning forced organ harvesting, but until now, there has been no comprehensive legislation signed into law requiring the U.S. government to address this issue,” Olney said.

Olney applauded U.S. lawmakers for introducing the Stop Forced Organ Harvesting (STOP) Act in December last year, calling the bill “one of the most comprehensive legislative initiatives ever introduced on the issue of organ trafficking.” She added that the bill will be re-introduced in both the Senate and House next week.

Under the proposed legislation, the president would be empowered to impose sanctions on foreign officials and entities that engage in or support the forced removal of vital organs from unwilling victims.

“We urge the U.S. Congress to swiftly enact this bill, and for international governments to pass similar legislation,” Olney stated.

Aside from Olney, other participants in the webinar included Ethan Gutmann, a China studies fellow at the VOC and co-founder of ETAC, Sean Lin, communications director for the Falun Dafa Association in Washington; and Sir Geoffrey Nice—a prosecutor at the International Criminal Tribunal for the former Yugoslavia.

Lin said that forced organ harvesting was more than about medical ethics issues in China’s transplant industry. He urged the international community to confront the CCP’s human rights and other violations directly.

“If you do not deal with the Chinese Communist Party directly, the rampant forced organ harvesting in China won’t stop,” Lin explained. 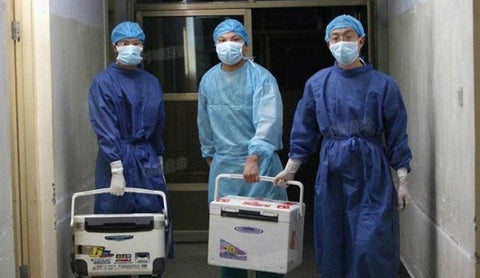 Nice explained that the tribunal reviewed “nothing but evidence” and came to the conclusion that China has committed crimes against humanity with its practice of forced organ harvesting.

Also taking part in the webinar was Wendy Rogers, a professor of clinical ethics at Macquarie University in Australia. She called for collaboration since no single individual or institution could force China to end its practice.

“But acting together, professionals and institutions can exert significant pressure on China,” Rogers explained, adding that their actions “will send a strong message that the rest of the world will not tolerate this atrocity.”

Ivan Vilibor Sinčić, a Croatian politician and member of the European Parliament, said at the webinar that the European Union has been “afraid of criticizing” China because of economic interests.

On Dec. 30 last year, the European Union and China inked a comprehensive business investment deal. Critics have condemned the agreement—which has yet to be ratified by the European Parliament or approved by the EU Council—over China’s continued human rights abuses and poor labor conditions.