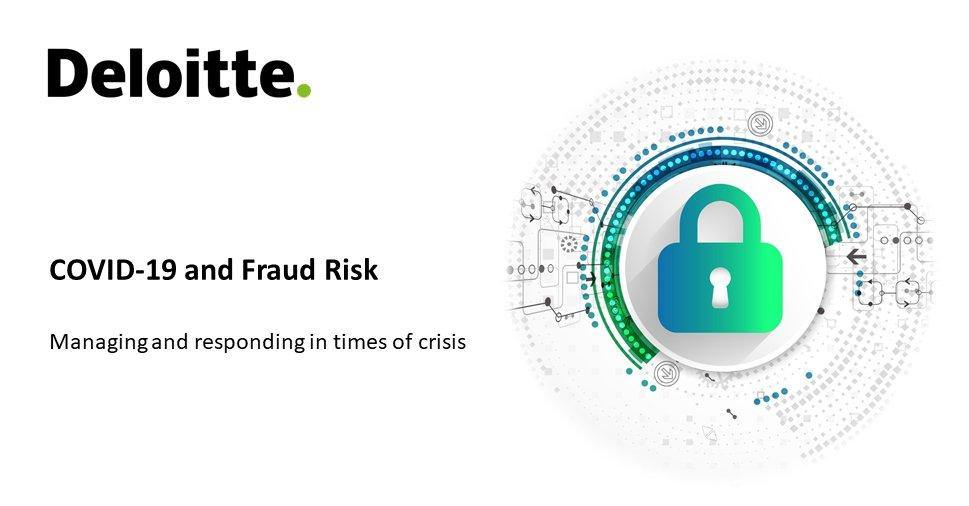 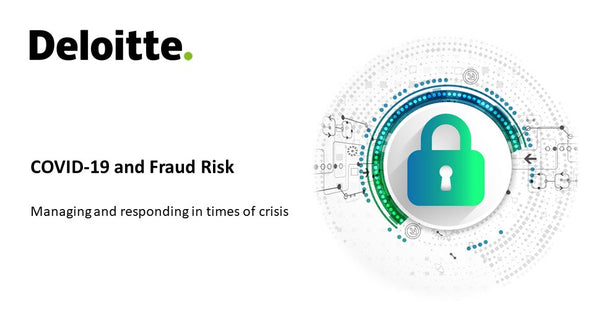 
THIS INFORMATION IS PUBLIC! BUT THE PUBLIC DOES NOT KNOW!  PLEASE SHARE!

After moving from Florida to Michigan in July of 2019 I went right to work!   I worked for a total of 8 months until the Covid Pandemic lockdowns started.  Work slowed down dramatically as well as pay.

Michigan started offering unemployment benefits to those affected by the COVID-19 Pandemic, so I went through the process of filing for Unemployment Benefits in which I was granted eligibility after about 10 weeks after filing.

5 weeks prior to exhausting unemployment benefits, I was given a notice by mail that I was no longer eligible, because I was found to be eligible in another state (Florida) and that I was to pay all money received back to the state of Michigan. I was also notified that any local, state or federal assistance in the future will be withheld in order to compensate the state of Michigan.  Not only that, but I would also be subject to Civil Court proceedings and wages could potentially become garnished.  These letters are still being sent on a weekly basis.

I then submitted an appeal to the Michigan Unemployment Insurance Agency in which I never received a reply.  I only started receiving other reasons why I was no longer found to be eligible.

Number 2: Why is Michigan worried about how my status of termination in other states (and then falsifying the actual outcome)?

Number 3: False because I only received benefits from Michigan during the COVID-19 Pandemic.

Number 4: Was something I believe that was spouted out in order to get me off of the phone.

RED FLAG! Too Many Inconsistencies!

So, with all of the inconsistencies and obvious desperate attempts at disqualifying me after already being determined as qualified, this got my intuition looking into further investigation. I started to wonder who was ordering these false redeterminations and what would they have to gain from doing so?

I did a simple Google Search for Michigan Unemployment Kickbacks to see if anyone was, or if anyone reported that somebody was getting bonuses for approval of Michigan Unemployment Claims, and who was profiting on ordering the redetermination cases that were sending money back to Michigan?  It seemed like a double dipping method to me. 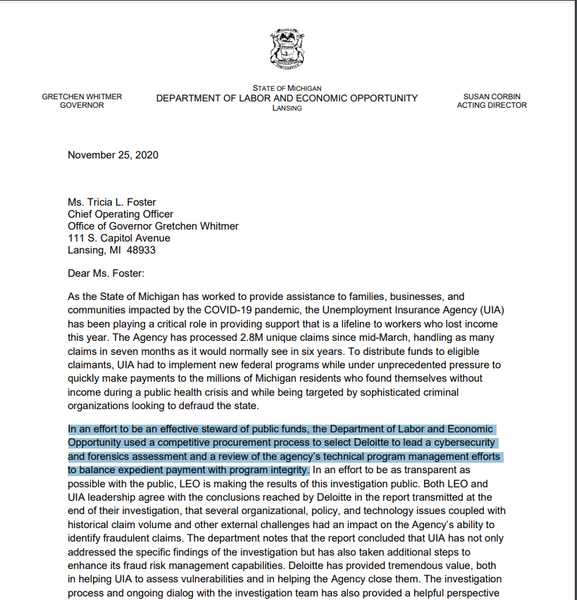 “In an effort to be an effective steward of public funds, the Department of Labor and Economic Opportunity used a competitive procurement process to select Deloitte to lead a cybersecurity and forensics assessment and a review of the agency’s technical program management efforts to balance expedient payment with program integrity.”

Here we see that Michigan has chosen Deloitte to handle audits on the Michigan Unemployment Insurance Agency (UIA) claims, to determine if any were fraudulent or not.  This is literally the company that is instructing Michigan UIA to determine my claim as fraudulent, no matter how many times I submit evidence to prove them wrong.

So here we see that Deloitte’s headquarters is in London, England!

Malaysia in 2019 imposed the maximum fine on Deloitte PLT for breaches related to a bond issuance by 1MDB, becoming the first auditor of the scandal-ridden fund to face penalties. The fund was started to lure investments to the country, but instead became the center of worldwide probes into possible corruption and money laundering.

Goldman Sachs Group Inc. last year admitted its role in the biggest foreign bribery case in U.S. enforcement history, reaching multiple international settlements in the billions of dollars to end probes into its fundraising for 1MDB.

So why has the State of Michigan decided to contract such an outstanding, reputable foreign based company to handle its financial affairs?
Well, what better way to clean up fraud, then to have a company that pretends to detect fraud, Conduct More Fraud , (COOK THE BOOKS) to help clean up and carry out more fraud?
We see that Deloitte has a history of Book Cooking with falsifying audits here:

How Deloitte masked scandals in business and politics

Following the 2001 scandal in which energy giant Enron was found to have reported $100bn in revenue through institutional and systematic accounting fraud, Andersen’s performance and alleged complicity as an auditor came under intense scrutiny. The Powers Committee (appointed by Enron’s board to look into the firm’s accounting in October 2001) came to the following assessment: “The evidence available to us suggests that Andersen did not fulfill its professional responsibilities in connection with its audits of Enron’s financial statements, or its obligation to bring to the attention of Enron’s Board (or the Audit and Compliance Committee) concerns about Enron’s internal contracts over the related-party transactions”.[13]

Wow, so Enron ring a bell anybody?  Best way to keep your fraudulent business going is to repackage it with a new brand like Deloitte I guess…

It’s a story that goes back a decade, and has never before been told publicly. It involves several veteran CIA officers, an undercover mission and a huge haul of extremely valuable intelligence.

Who Do We Hold Accountable?

On the state level, I say the person(s) who contracted Deloitte to conduct audits and control Michigan’s Unemployment system. Ms. Tricia L Foster, as well as Governor Gretchen Whitmer for overseeing and allowing this monstrosity to occur.

So, after uncovering Billions in Fraud on a Multi-State, Multi-National level that involves the C.I.A., as well as the Governor and other local officials for the state I live in, should I be in fear for my well being? People have disappeared for a lot less…