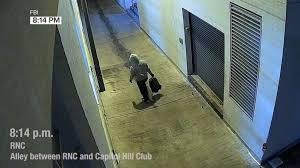 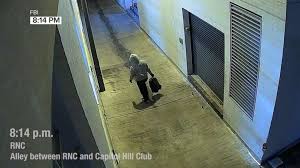 Authorities are offering a $100,000 reward for information that leads to an arrest

The FBI has released new footage showing who they believe to be the individual suspected of leaving viable pipe bombs outside both the headquarters of both the Republican National Committee and the Democratic National Committee the night before the U.S. Capitol was stormed by a mob in early January.

What are the details?

ABC News detailed that the footage shows what appears to be the same individual wearing a hooded sweatshirt sitting in front of the DNC at 7:52 p.m. on Jan. 5, “where the first bomb was reportedly placed under a bush.” The suspect is then seen on video in an alley near the RNC at 8:14 p.m. the same evening.

“These pipe bombs were viable devices that could have been detonated,