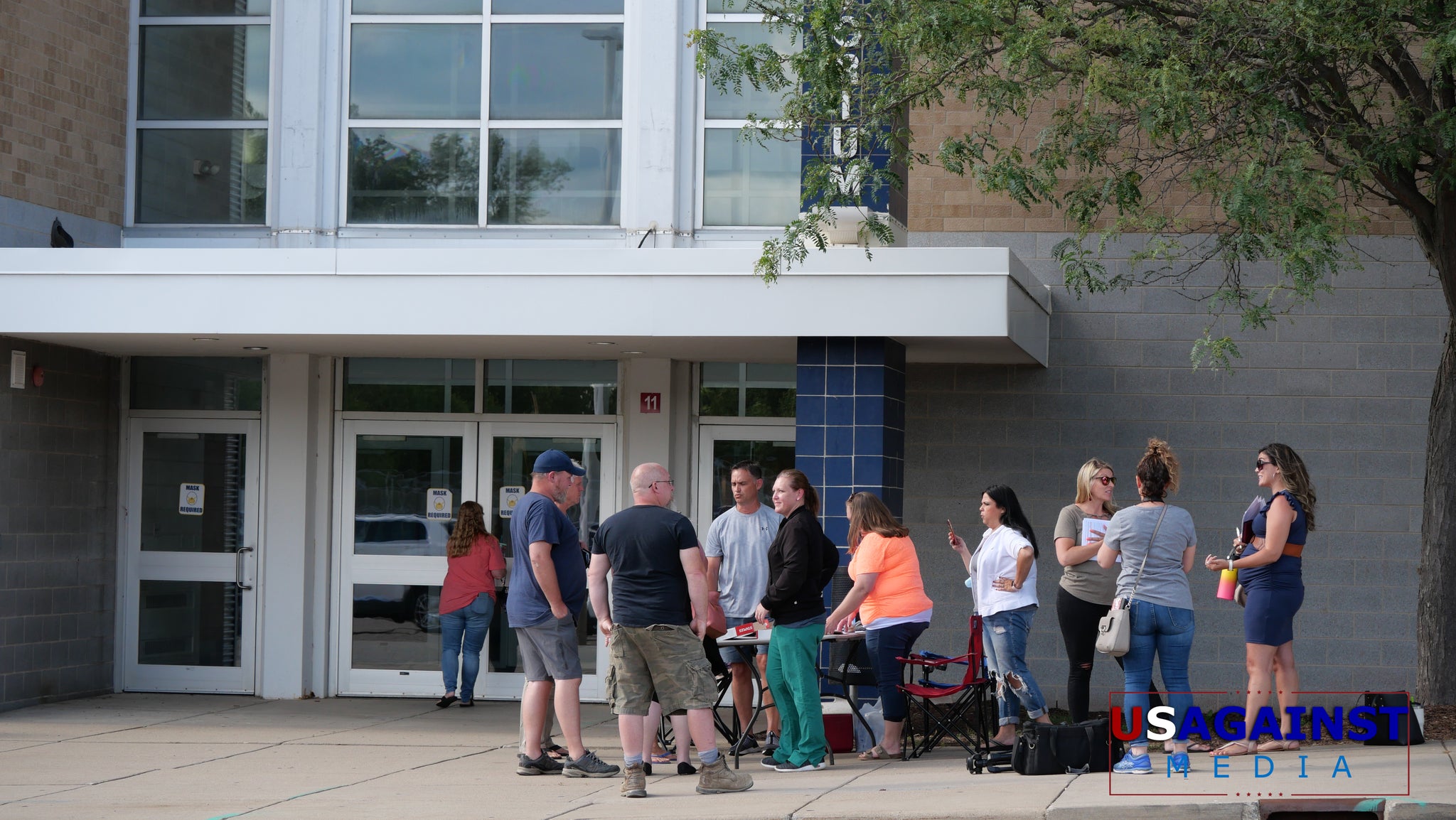 Tonight we attended the first in-person school board meeting Grand Ledge has had the entire school year. As we approached the entryway into the school, there was a table where parents had petitions ready for people to sign to recall most of their school board members. And they already have approval to recall two of them. Denise DuFort and John Shiflett.

As we walked in, we were asked to sign in, grab a copy of the meeting agenda, and a mask. Which we did not.

Everyone on the school board was masked, except for one board member. That one board member was Ben Cwyna. On the opposite end of the spectrum was Nicole Shannon. Whom rolled her eyes repeatedly as parents testified. And if she wasn’t rolling her eyes, she had her head down in her phone. Shannon is still too early in her term to recall. Here’s video of her antics:

But the kicker was the interim superintendent, Dave Chapin, who was giggling at one point before realizing the parents were serious. Below is a email from him to a parent:

The incoming superintendent, Dr. Marcus Davenport was in attendance. However, it was discovered that as he seemed interested and taking notes, he was not writing anything down. See the video below:

When the testimonies were over, we walked out to put our equipment away. A few minutes later, we noticed disappointed parents walking out of the school. Apparently after the cameras quit rolling and the meeting got back to business, School Board Member Nicole Shannon interrupted the meeting by stating that all white people are racist and all others are oppressed.

Many parents are concerned, but are too scared to stand up to their school boards. However, these people are in ELECTED positions, they work for the people.

2021-06-15
Previous Post: VIDEO: Matt DePerno Drops A Bombshell at United We Stand!
Next Post: Parents Speak Out at Wayland Union School Board Meeting