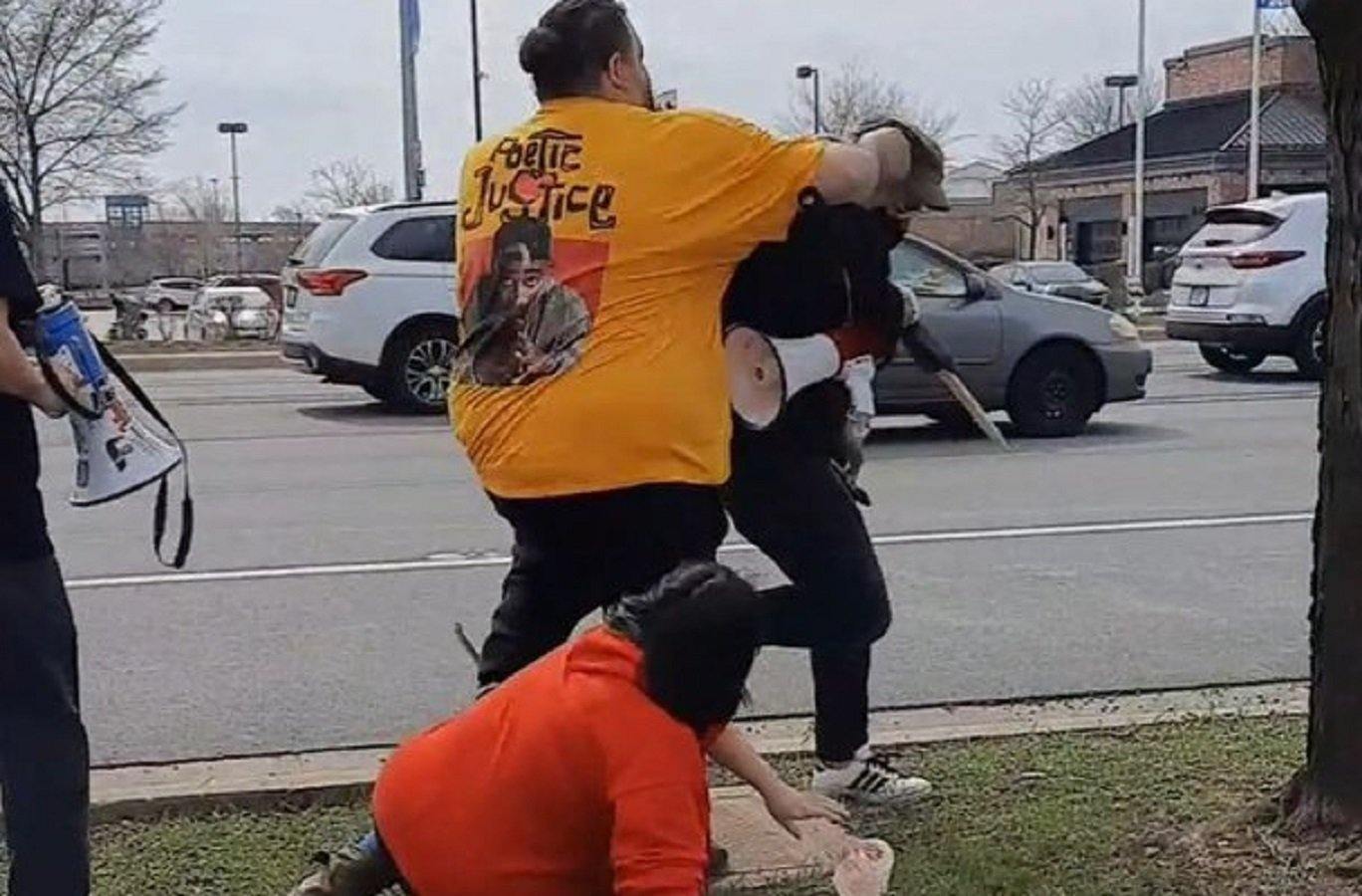 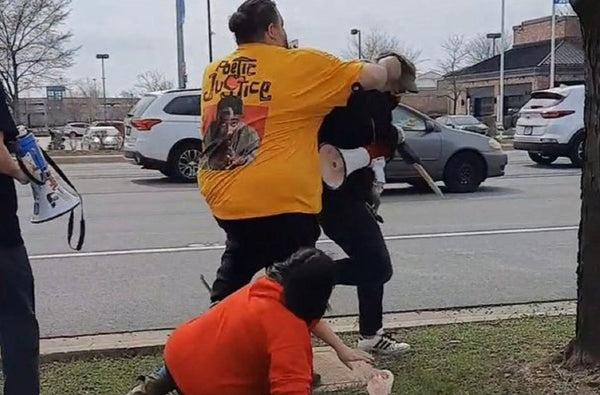 A male Antifa militant got clocked in the face and arrested after he attacked a woman during a Easter egg hunt where children were present.

The incident took place during a “Pro-America Rally” in Schaumburg, Illinois.

The Easter eggs were provided by the Proud Boys, who often do charity work in their local communities.

A Proud Boy who goes by the name Remy Del Toro explained that, prior to Antifa showing up, the event had been family friendly and peaceful. He said there were about 200 people there, 20 of which were children. He said that four members of Antifa showed up and attempted to gain access to the area where the Easter egg hunt was underway. That is when the trouble began.

“We kindly asked them to respect that area, but one of the scums decided to bum rush a young woman to the ground,” he explained. “I had to defend her against her abuser by doing what a Proud Boy should do. Cops rushed to the scene and reviewed footage of the incident and they handcuffed the Antifa scum. Their own footage showed him to be the attacker,” he explained.

“What a Proud Boy should do,” it turns out, is punch the woman beater in the face — and he sure did.

The Proud Boys provided Gateway Pundit with videos of the incident.

After shoving the woman to the ground, the far-left militant attempted to use his flag to hit another woman that was filming, Del Toro said.

“I punched his ass and took him to the ground,” he said.

Del Toro was not arrested, but the attacker was.

According to those at the scene, the Antifa militant is now being charged with battery.