Representative Jack O’Malley has made some pretty bold statements in his video, claiming that he never received an email from Matt Deperno in regards to the evidence Deperno has uncovered to prove that there was fraud during the 2020 Presidential election.

Representative O’Malley also claims that he sent Deperno an email, inviting Deperno an opportunity to come and present his evidence to his office.

Representative O’Malley also stated that he has no idea what a “Forensic Audit” consists of.

We were able to meet up with Jack O’Malley today, during our livestream to ask him some serious questions surrounding his statements in his video.

We were met with a very smug, defensive response from O’Malley when presenting these questions to him!

Watch below as we go over Jack O’Malley’s video and how he responded to our questions today.

Matt Deperno reached out to us after reading this article and furnished us with a text message conversation he had with O’Malley on Thursday, September 2nd. 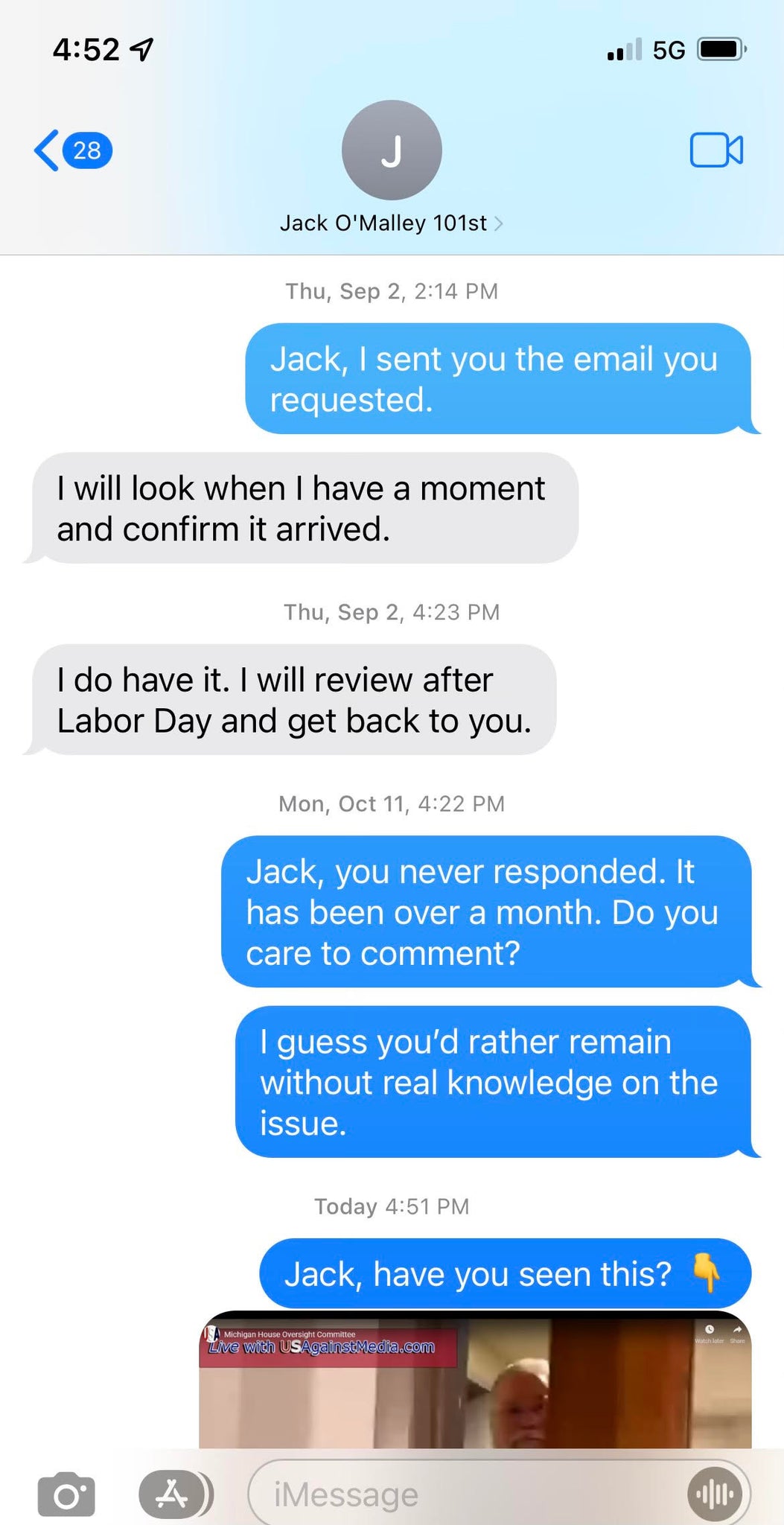 Representative Jack O’Malley has still to this day NOT CONTACTED Deperno whatsoever.