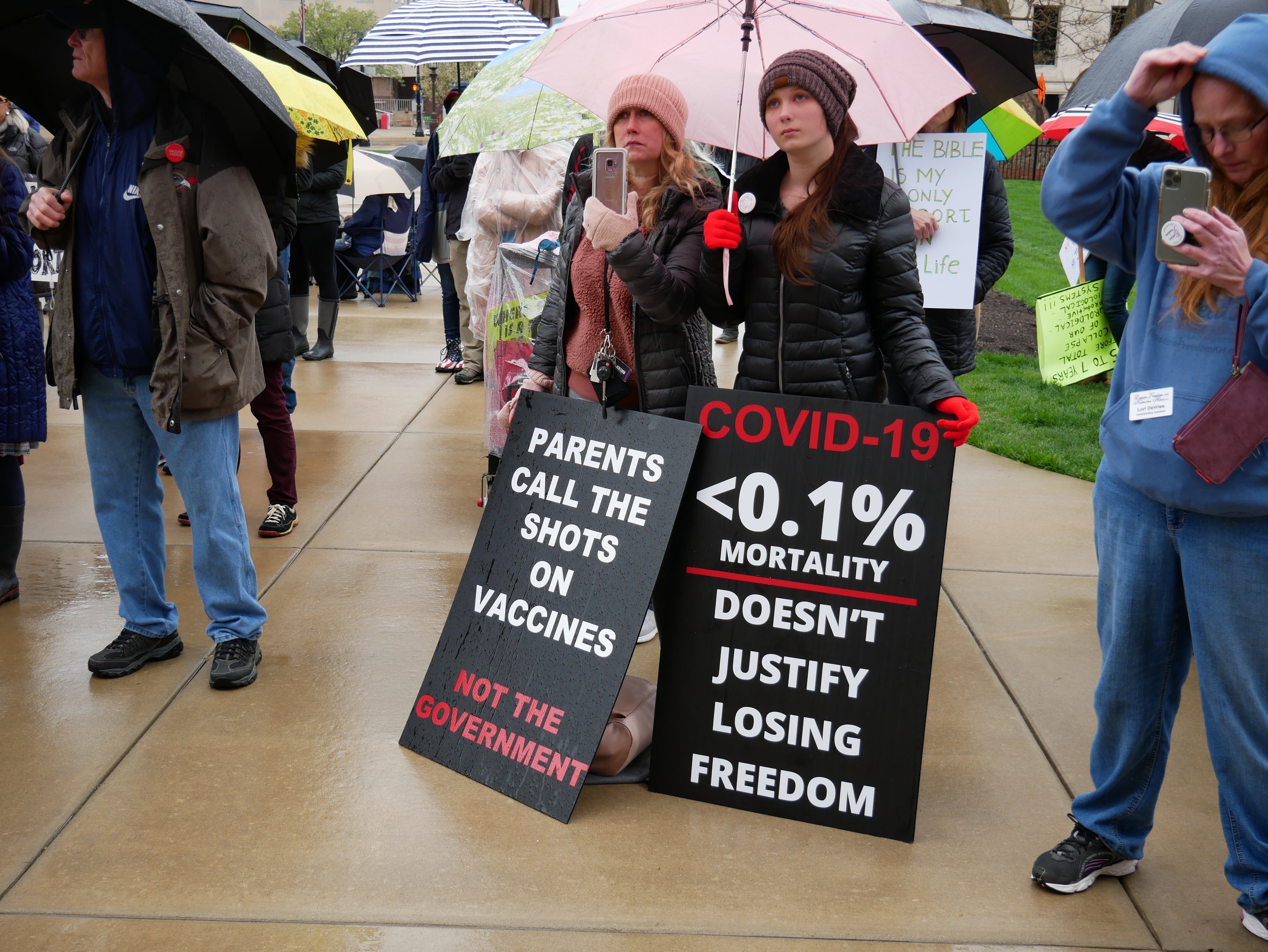 Even though the rain was cold on this mid April day, patriots still came out to show support against the vaccine passports that some lawmakers are trying to push into law.

The Michigan Department of Health and Human Services had preliminary discussions about a potential statewide vaccine passport system. 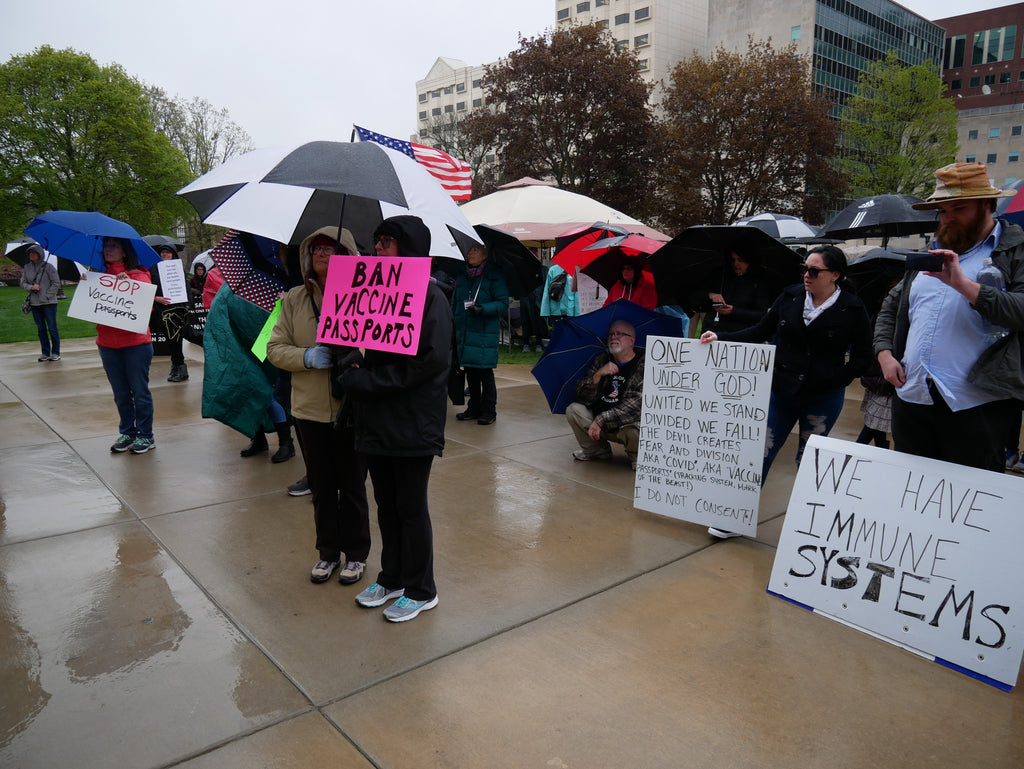 Republican officials in states like Texas, Florida, Arizona and Utah have already banned vaccine passports, and conservatives in at least 10 other states are pushing to do the same. 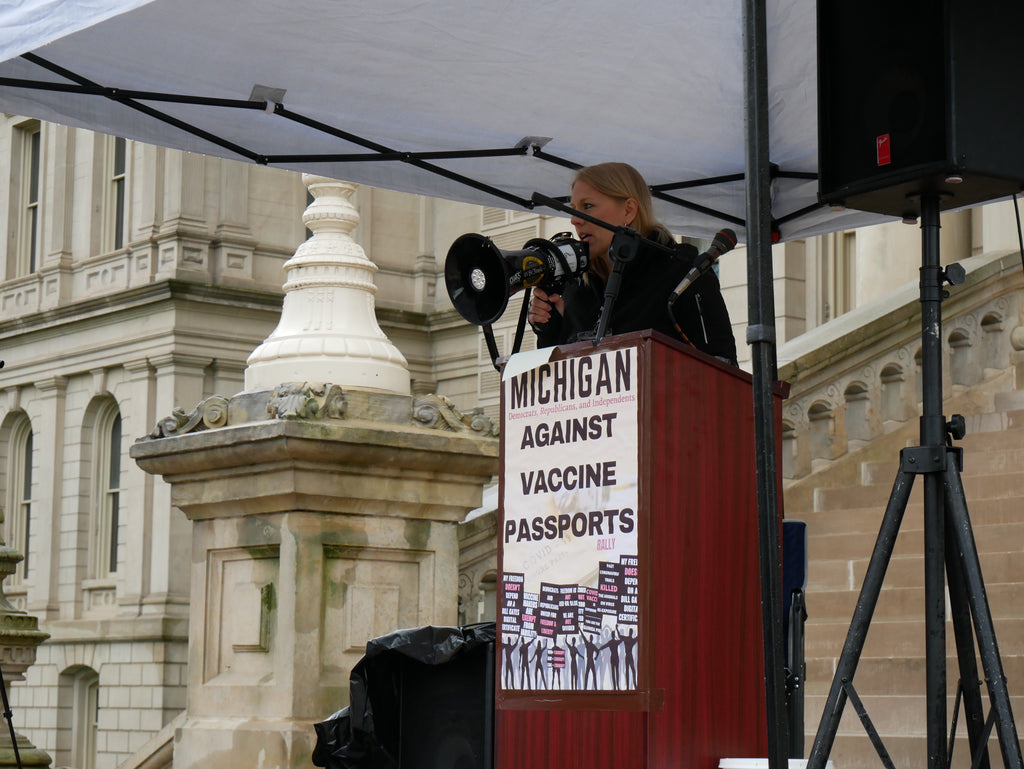 Whitmer, who is a Democrat, would have the power to veto the vaccine passport bill, but not the budget language specific to universities. Asked about the GOP legislation Bobby Leddy, Whitmer press secretary said;

“Rather than working with us to promote vaccinations, it’s disappointing to see Republicans take up fringe issues, like forcing universities to pick between protecting students or receiving their annual funding.”

“From my perspective, I’ve seen our governor act unilaterally and for me, this (legislation) is one way to say, ‘Hands off, not here. We’re not doing this,’” Rep. Luke Meerman, R-Polktown Township said.

Many where there to speak against the vaccine passport; 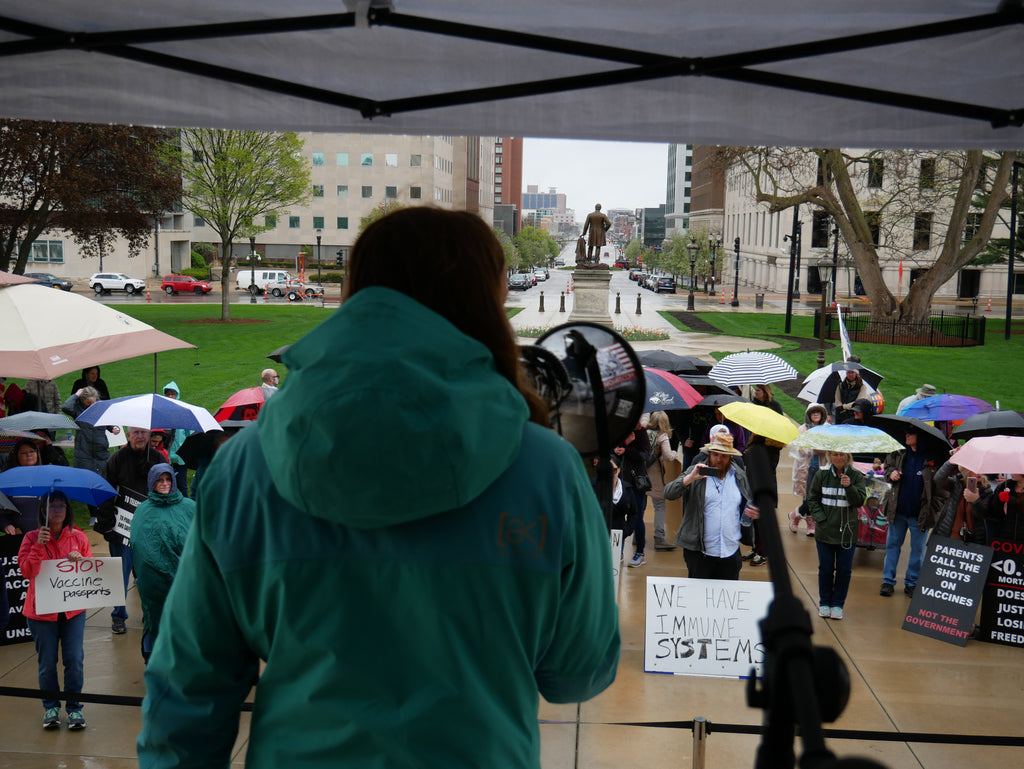 New House legislation would prohibit the state or local governments from creating, issuing or incentivizing the kind of vaccine passports that Israel and other countries have used to ease travel restrictions for inoculated residents and provide special access to restricted sites like hotels, gyms, theaters and music venues.
We got the opportunity to speak with Katherine Henry who is a constitutional lawyer and has been fighting for our liberty and freedom.
You can find out more about Restore Freedom Here
Written by John Clore
4/29/2021
2021-04-29
Previous Post: Exclusive: Congressman Fred “The Rhino” Upton Has Another Reason To Be Nervous!
Next Post: State Representatives React to Robert Gordon Testimony