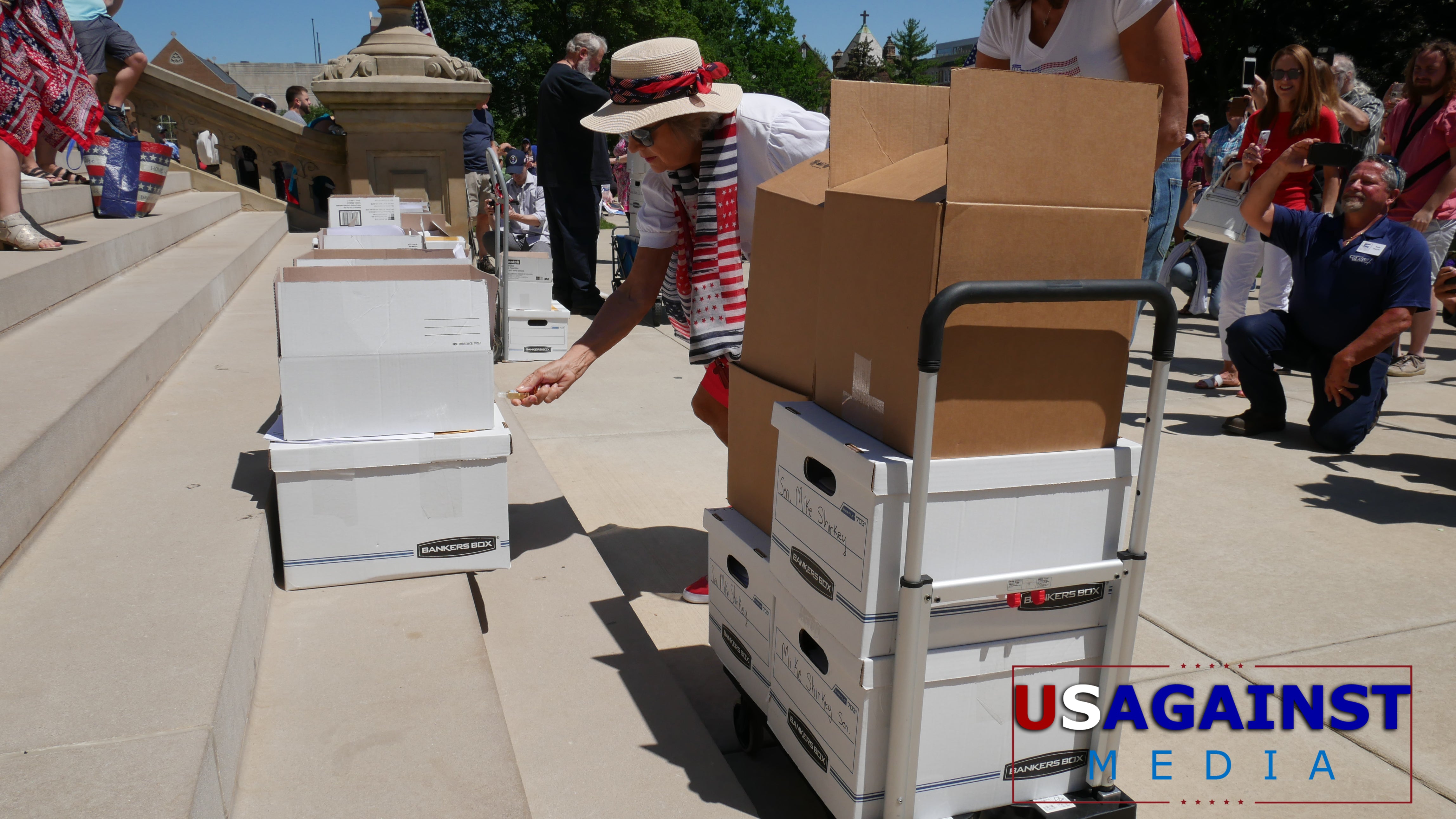 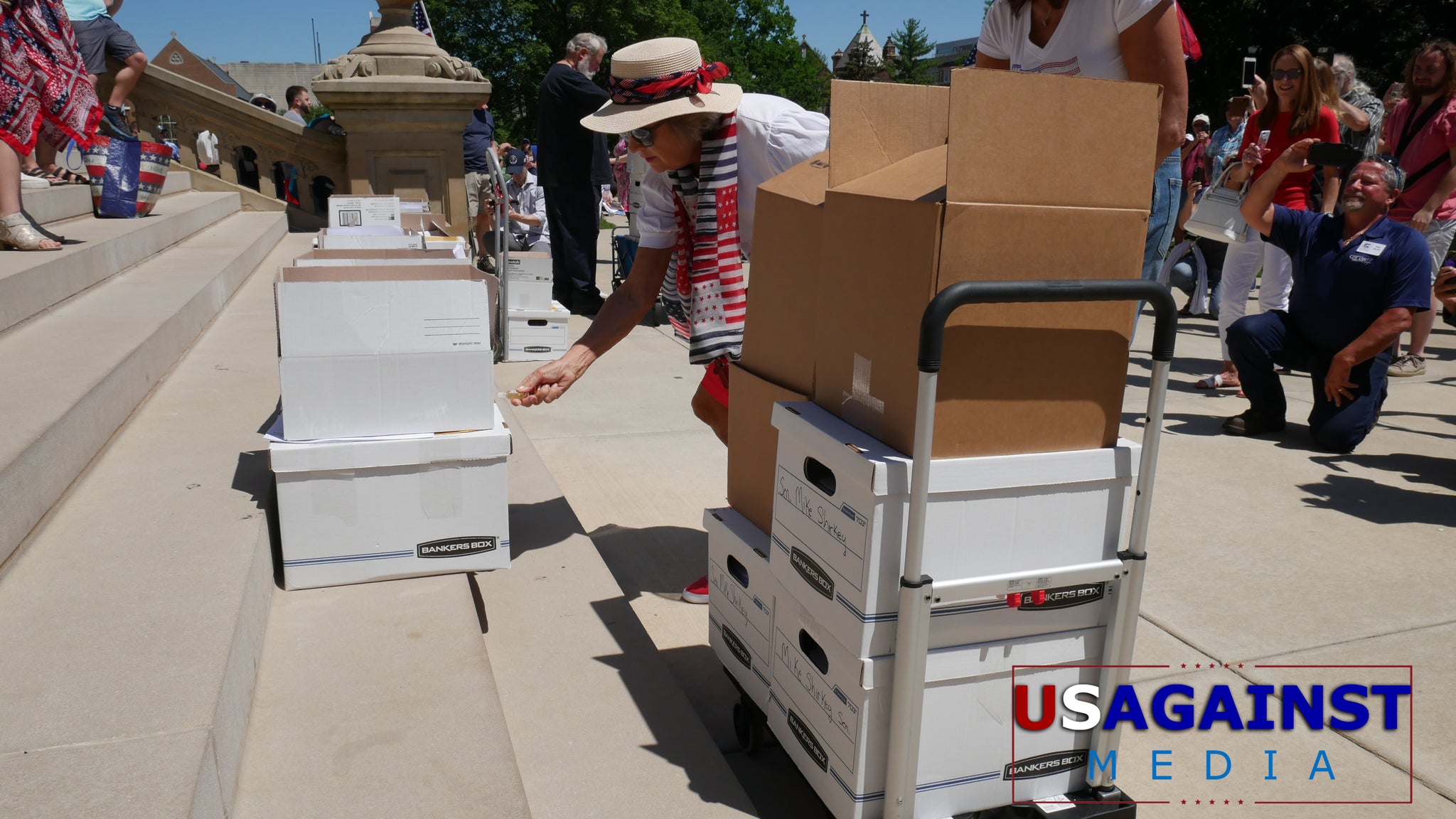 “Let Freedom Ring” was a peaceful rally of prayer and plea. In hopes for the people’s request for answers in the 2020 election. Speakers included Attorney Matt DePerno, Patrick Colbeck, Mellissa Carone, Dr. Linda Lee Tarver, Robyn Peake, and many more.

The Michigan Conservative Coalition submitted over 7,000 affidavits from constituents demanding an audit. However, the delivery of them was not received well. The group I was with attempted to deliver to Governor Gretchen Whitmer’s office. However, when we went to the Romney Building where her office is at, we were told by an attendant that she “hasn’t been there in 2-3 years.” We were able to drop them off at Matt Maddock’s (R) office for future delivery.

I went with “Trucker Randy” in attempt to document a delivery of a box of affidavits to Rep. Steve Johnson’s office, however he was in session at the House.

Boxes that were to be delivered to Senate Majority Leader Mike Shirkey’s (RINO) office were instructed to be delivered into a conference room. Allegedly there wasn’t enough room in his huge office.

There were a small handful of legislators that did sign for and allow the affidavits to be received. However, we will be following up on this story next week when legislators go back into session on Tuesday.