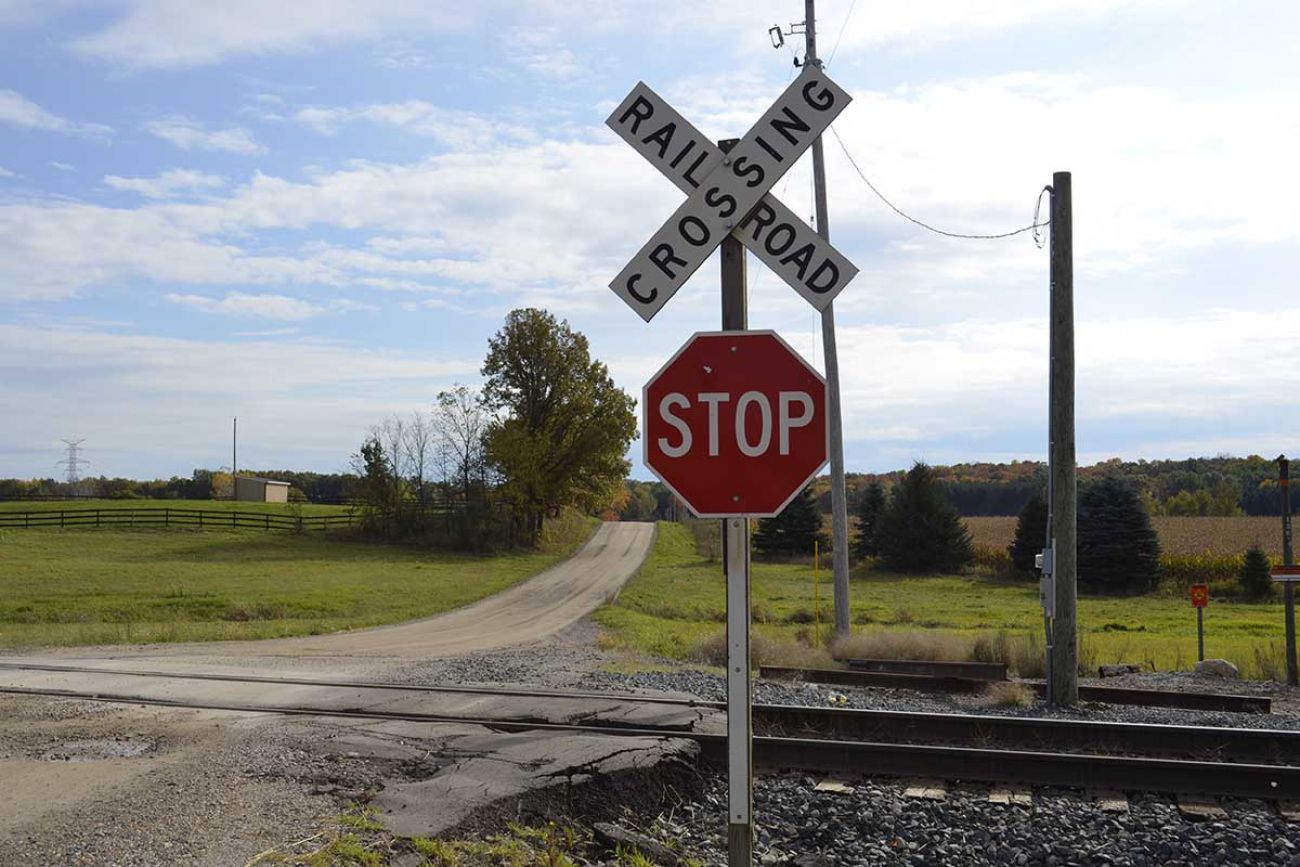 LANSING — Small towns in Michigan have plenty of needs — from water infrastructure to broadband access — but officials in 45 communities are saying no thanks to federal stimulus funds intended to help them recover from the COVID-19 pandemic.

Rural and conservative, townships like Cambria in south Michigan, Broomfield in Isabella County and Franklin in the Upper Peninsula rejected or failed to apply for a collective $4 million in federal recovery funds they were entitled to under the American Rescue Plan Act.

All but one of the communities backed former President Donald Trump in the 2020 election, according to a Bridge Michigan analysis. Officials’ rationale for refusing the money ranges from philosophical opposition to federal largesse to frustrations with spending limits.

“‘I’m from the government, and I’m here to help.’ Those are the scariest words you could hear,”  said Cambria Township Supervisor Glenn Frobel, channeling former President Ronald Reagan’s rallying cry for limited government.

In a brief phone call with Bridge, Frobel declined to discuss the community’s specific rationale for rejecting $259,787 in federal stimulus funds. But he called it an “obvious” decision by officials in the Hillsdale County community, which is home to fewer than 2,500 residents.

“There’s too many things you have to comply with in order to accept that money, and we don’t need it,” she said. “It’s not like it’s life and death for us, you know?” The recalcitrance is rare in Michigan, as the vast majority of governments have welcomed the stimulus and called it a “transformational” opportunity to make long overdue improvements. All told, the American Rescue Plan Act that President Joe Biden signed into law in March included roughly $4.4 billion for Michigan local governments, along with another $6.5 billion for the state. Officials have until 2024 to decide how to spend the money, and Bridge has reported pressure is mounting on many communities — as well as the state — to allocate the funds. Money from communities that refuse to spend it won’t go back to taxpayers. And it won’t go back to the federal government. Instead, the funds will be redistributed proportionally among 1,667 other small cities, townships and villages that applied for a cut of the $644 million in federal stimulus funds allocated for what the federal government is calling “non-entitlement units” in Michigan, according to the state Treasury. Funding flowed directly to larger cities, townships and counties. But the federal law relied on states to allocate money to smaller units of government, who could qualify for up to 75 percent of their annual operating budget. Michigan opened its application process for small governments in May. Only 10 local governments flat-out rejected the stimulus funding, but 35 others failed to apply by the state’s July 27 deadline, which allows their share to go back in the pot for other local governments to use. Those communities are overwhelmingly conservative, according to a Bridge analysis of recent election data. Just one — the nine-resident Pointe Aux Barques in Huron County — backed Biden in 2020. Among the 10 local governments that refused funds, Trump won each by at least 20 percentage points. The former president carried Wheatland Township and the Village of Minden City in Sanilac County, and Barton Township in Newaygo County by more than 50 points. Local officials who did not apply for the funds were given multiple opportunities, said Ron Leix, a spokesperson for the Michigan Department of Treasury. Each received two certified letters, phone calls from the state and from local government associations, he said.

While the state has classified them as “non-responsive,” local governments that did not apply for funds by the state deadline may still have a chance to request the money because the U.S. Treasury is still refining its guidance for the stimulus, Leix told Bridge.

“The window is closing more and more as each day goes by,” he added.

Sears, the Franklin Township supervisor, argued that because federal law instructs local governments on how they can use the stimulus funds, “it’s just not worth the hassle.”

Governments can also use the federal funding to make up for any revenue they lost because of the COVID-19 pandemic, including growth they had expected but did not realize.

That “broad flexibility” means at least some of the money can be spent on most current government services, such as police or fire, roads or parks, according to the Michigan Townships Association, which advised local officials to apply and worked with the state Treasury to contact them.

But “these decisions are up to each individual township board, who make the determination on behalf of their community,” executive director Neil Sheridan said in a statement provided to Bridge Michigan.

“We encouraged and assisted all interested townships, and more than 98 percent of our 1,240 townships have accepted the funds and will put the relief dollars to use in their communities.”

In signing the federal stimulus law this spring, Biden described it as an effort to rebuild “the backbone” of a country whose economy had been rocked by the COVID-19 pandemic.

But the pandemic had very little effect on the Franklin Township government, according to Sears, the local supervisor who also leads the Houghton County Constitution Party, which advocates limited government.

She acknowledged COVID-19 impacted local businesses and residents “somewhat” — but probably not as much as larger cities.

“You have to remember: the average income around here is only $30,000 or less,” she said, explaining the township’s decision to reject federal stimulus funds.

“Our people are used to hard times. So it’s not like the city where you get a massive impact from something like this and people are stuck in a little apartment and they go crazy and that kind of stuff.”

Likewise, officials in Broomfield Township did not think the $146,431 in available stimulus funds was needed locally, said Christy Mathewson, supervisor of the Isabella County community of fewer than 1,400 residents.

“We don’t have sewer and water. We don’t have fire or rescue type funding for that respect, or telecommunication type stuff,” he said, telling Bridge MIchigan the federal dollars were equivalent to roughly 50 percent of the local budget.

The pandemic had a “minimal” impact on Broomfield Township finances, Mathewson added, so “we opted out of (the stimulus funding) and let it go to the other townships that can use it.”

While most Michigan communities applied for stimulus funding, the possibility has proven controversial in communities like Hillsdale County’s Adams Township, where officials never applied for the $207,662 they qualified for.

At a public hearing last week, Trustee Randy Johnson accused Township Supervisor Mark Nichols and Clerk Stephanie Scott of failing to call a special meeting to consider whether the township should have accepted the money.

Nichols denied it was his responsibility to call a meeting but told residents that he personally opposes the funding.

”They crushed our economy in 2020 and then come back to tax us more to give us money,” Nichols said. “And y’all are jumping to take it?”

The $1.9 billion American Rescue Plan Act did not raise taxes, but it did increase the federal deficit. The stimulus law cut taxes for some lower-income Americans by temporarily increasing earned income and child tax credits.