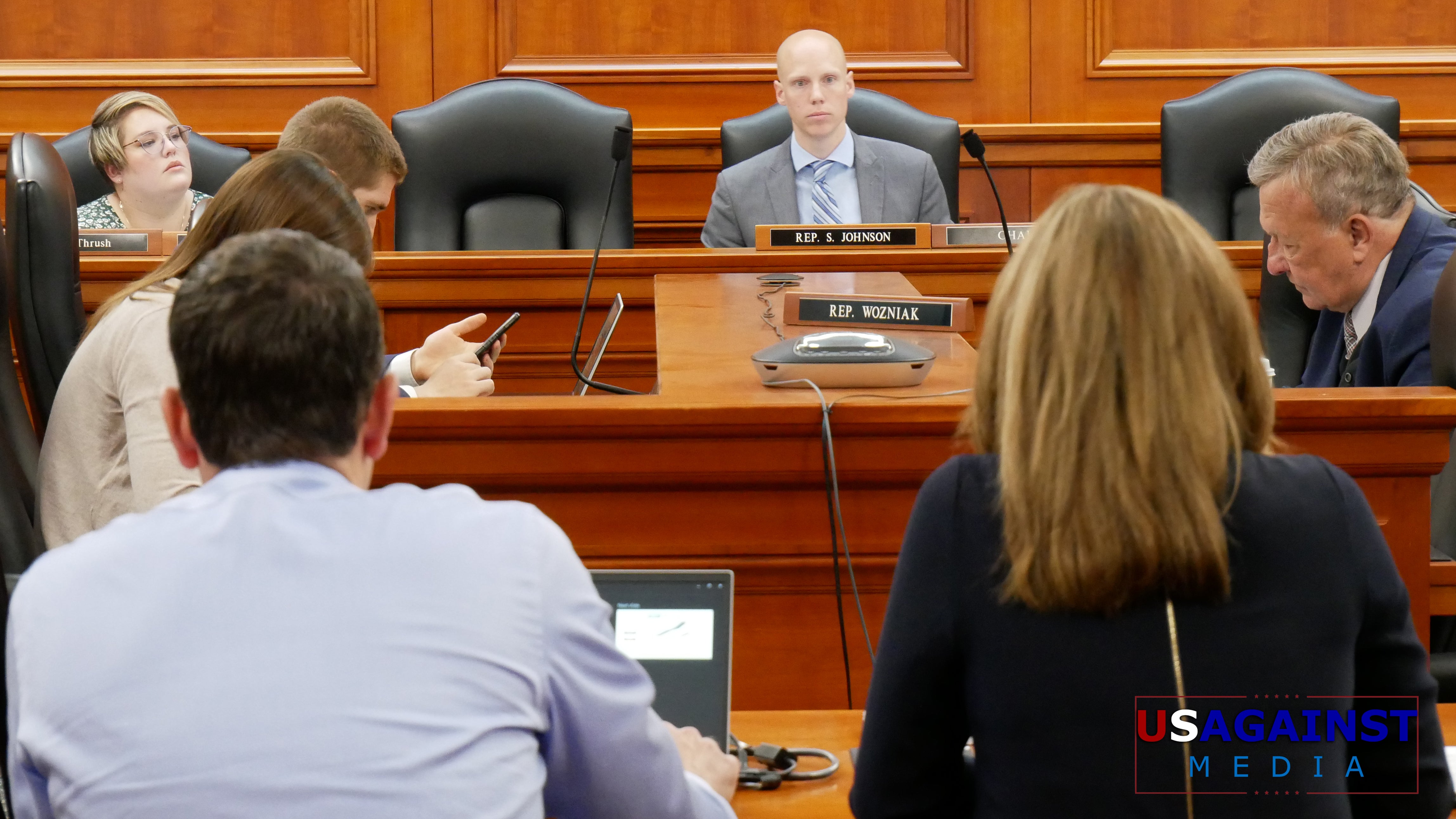 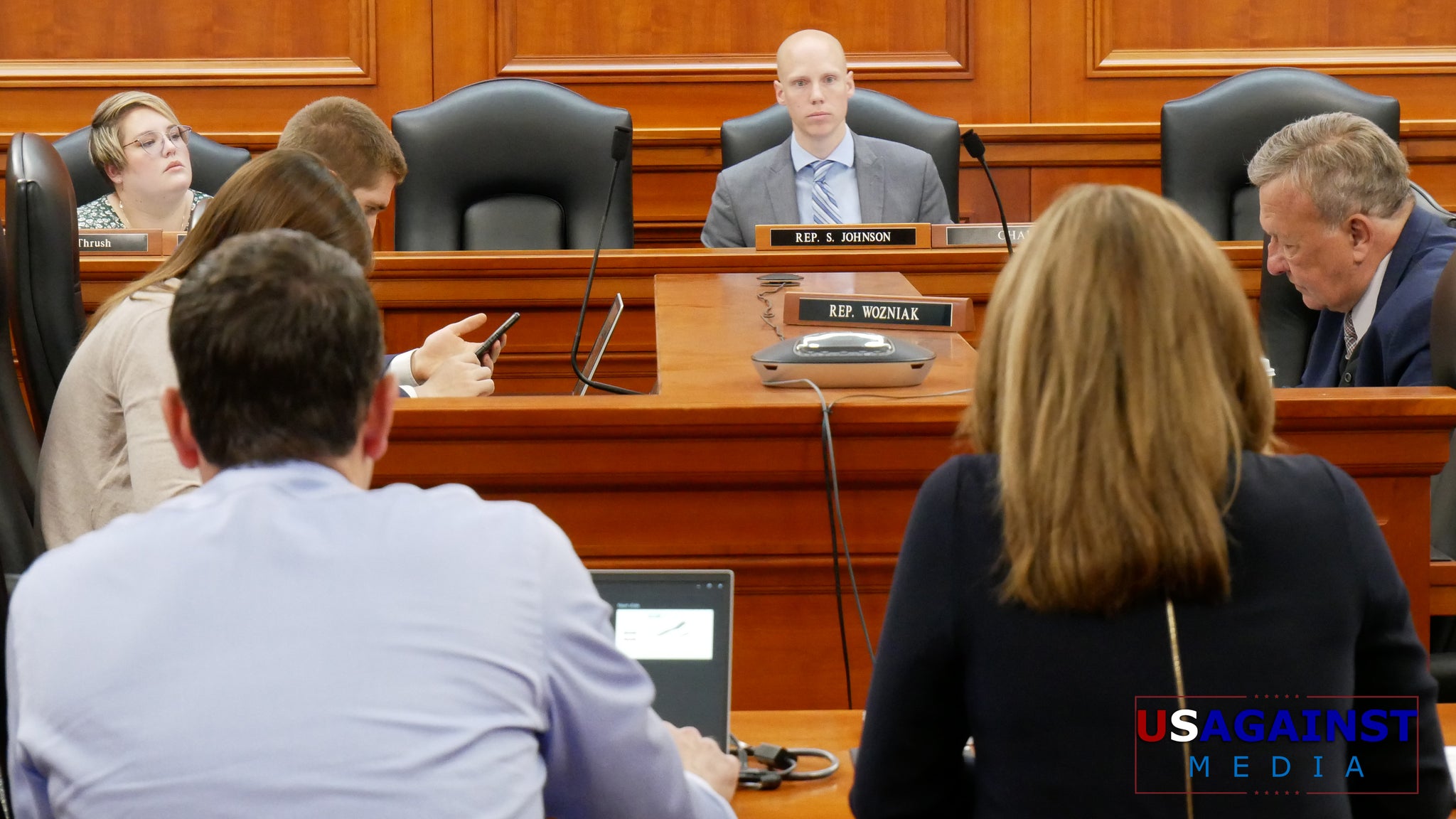 This week at the House Oversight Committee, Chair Steve Johnson  provided an update to a letter he addressed to Governor Whitmer about her plane trip to Florida. Chair Johnson was hoping to get a reply from Whitmer’s legal team, however the reply was received 15 minutes before the House Oversight Committee started today, so he will review the reply and proceed accordingly.

Chair Johnson also gave an update on nursing home deaths, that the numbers are most likely much higher than reported. The House Oversight Committee will also be looking into this.

Rep. Julie Brixie mentioned one of the things that Oversight should look at is planning on scheduling an oversight hearing on “the threat, the very serious threat of domestic terrorism that we’re facing here in Michigan. I think that would be something very worthy of our examination since many members of our body have been personally threatened.” but did not elaborate on how or when they have been threatened. Chair Johnson mentioned that it would probably fall under Military and Homeland Security Committee and recommended she reach out to Chair LaFave on that issue. 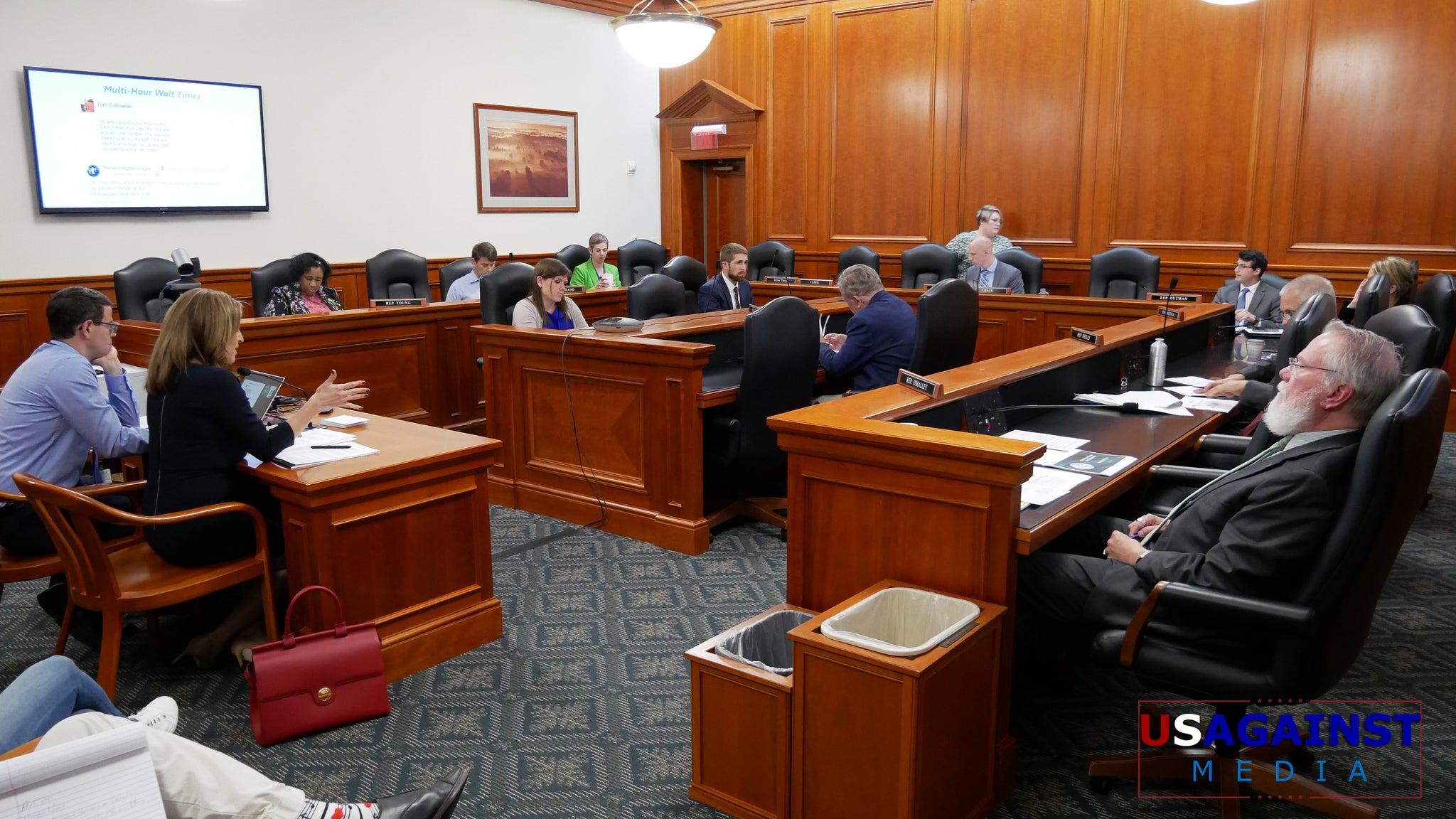 Chair Rep. Johnson reached out on social media of Michiganders’ experiences on the SOS appointment-only system. He received hundreds of comments and messages about people having an average wait time of 3 months for an appointment. One constituent mentioned having applied for a handicap placard for foot surgery, only to find they didn’t get the placard they needed until well past their surgery date.

The committee had to go at ease as Secretary Benson was not yet present. Reps. Brixie and Young left the room. About 10 minutes into the meeting, they walk back in with Secretary Benson following them. Rep. Johnson welcomed Benson by mentioning her being late for her appointment, and had you “walked in late” into one of her 131 offices, you would have missed your chance (at the appointment). 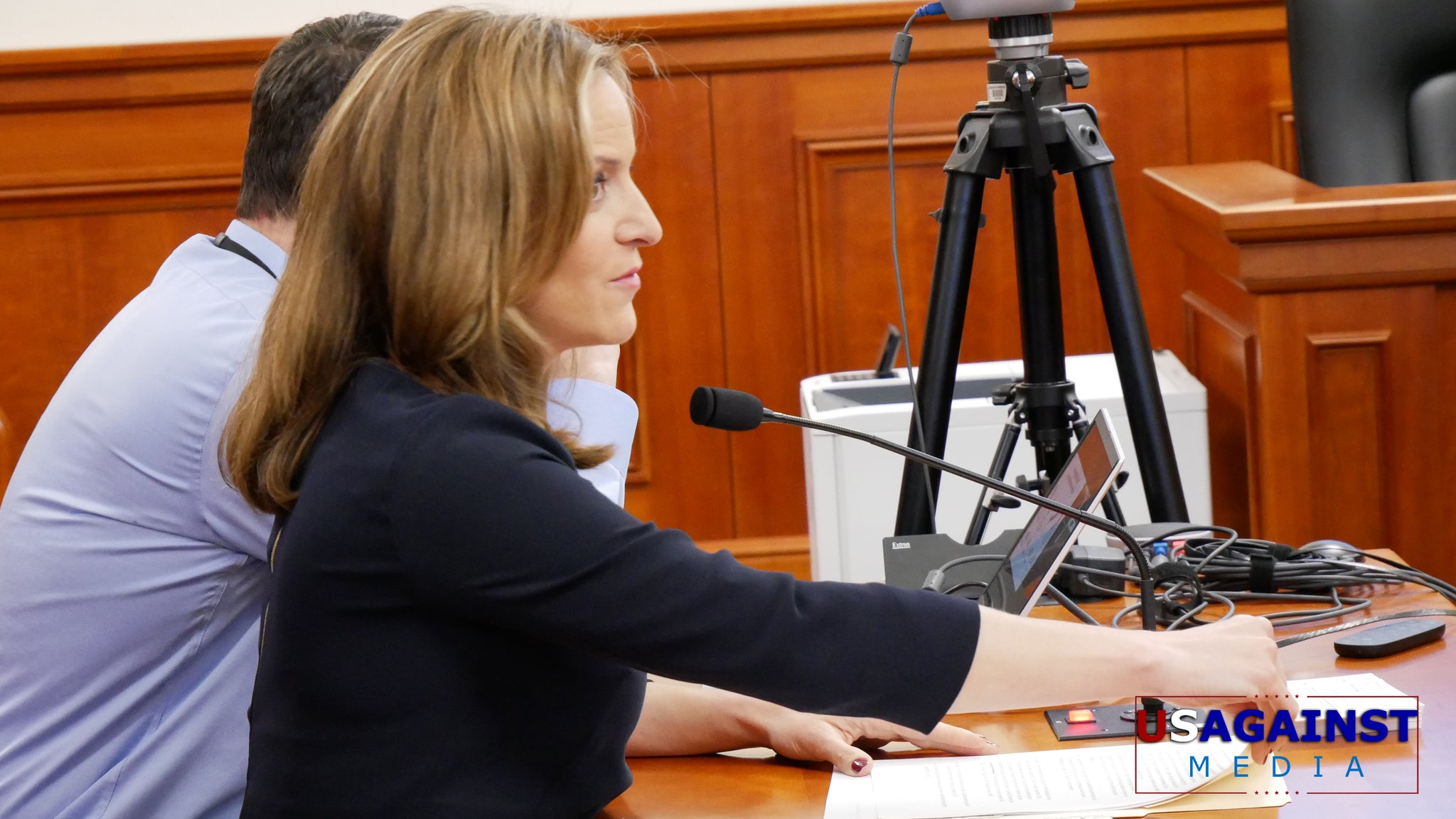 Benson gave a presentation, opening with a statement, “We want to support our residents and our vehicle owners” and to look at the interests of our constituents. “I want to start by emphasizing that we can come to the right solutions together, but only if we set aside false narratives and hyperbole.”

Secretary Benson has 2 goals with our current SOS system. 1) Reduce the need for in-person visits, and 2) Technology upgrades, which includes self service station kiosks and online services.

Benson highlights some “great” reviews on the SOS, where we have found otherwise. We looked it up on Yelp, which gives an overall 1.5 stars out of 5. Our Google Maps search showed a list of SOS offices, in which none have over a 4 star rating.

Part of Secretary Benson’s plan for the SOS is in May to increase appointments, July to enable drivers to use their photo for 12 years, versus 8 years that is currently in place. Benson mentioned having drive-up centers, pop-up offices in churches and senior living centers.  Benson also presented a possibility to enable people to submit their driver’s license photos online. After she presented this, no one questioned her about possible fraud in this process.

Chair Johnson inquired on behalf of Chair Greg VanWoerkom to Secretary Benson on why she hasn’t appeared to testify before the Appropriations Subcommittee on General Government, as they write the budget and has been waiting on Benson to come and testify and advocate for the SOS. They have contacted her 7 times and has an open invitation to testify, yet she has not come forward to them. This is part of the reason why the state budget has been on hold.

Rep. Pat Outman asked Benson regarding the significance of the bottle-necking, with the hundreds of drivers that are driving without registration and plates, including himself. Benson states that title transfers “are on the top of the priority list.” 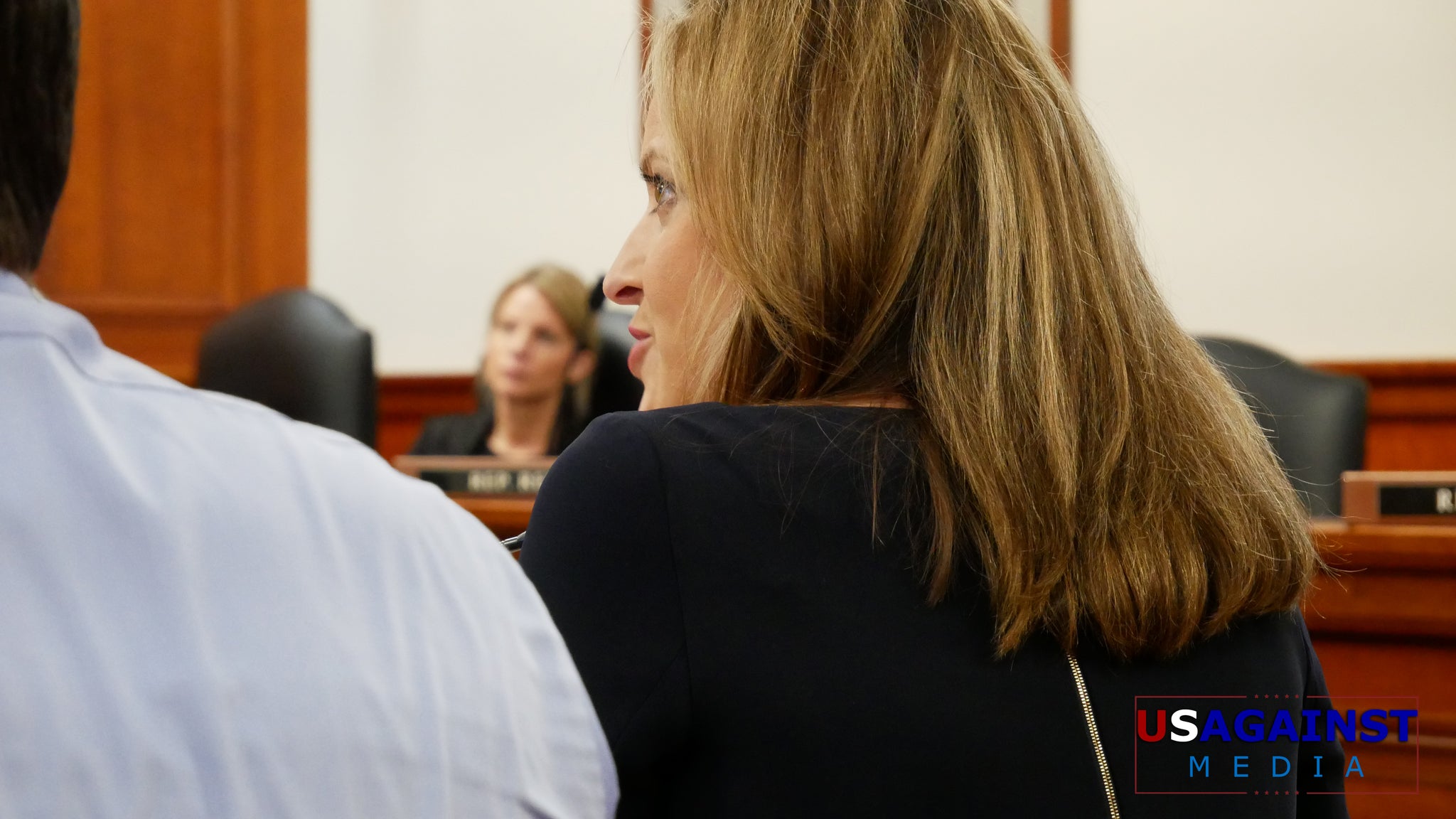 Rep. John Reilly inquired about the police ticketing citizens for driving without registration and plates, and that Secretary Benson should have been responsible to see this coming. Benson said that she has encouraged the Michigan State Police to waive fees and tickets as a recommendation. Rep. Reilly stated that the SOS should be open for walk in appointments, yet Benson says there are funding issues. Please refer or “circle back” to the Appropriations Subcommittee on General Government. 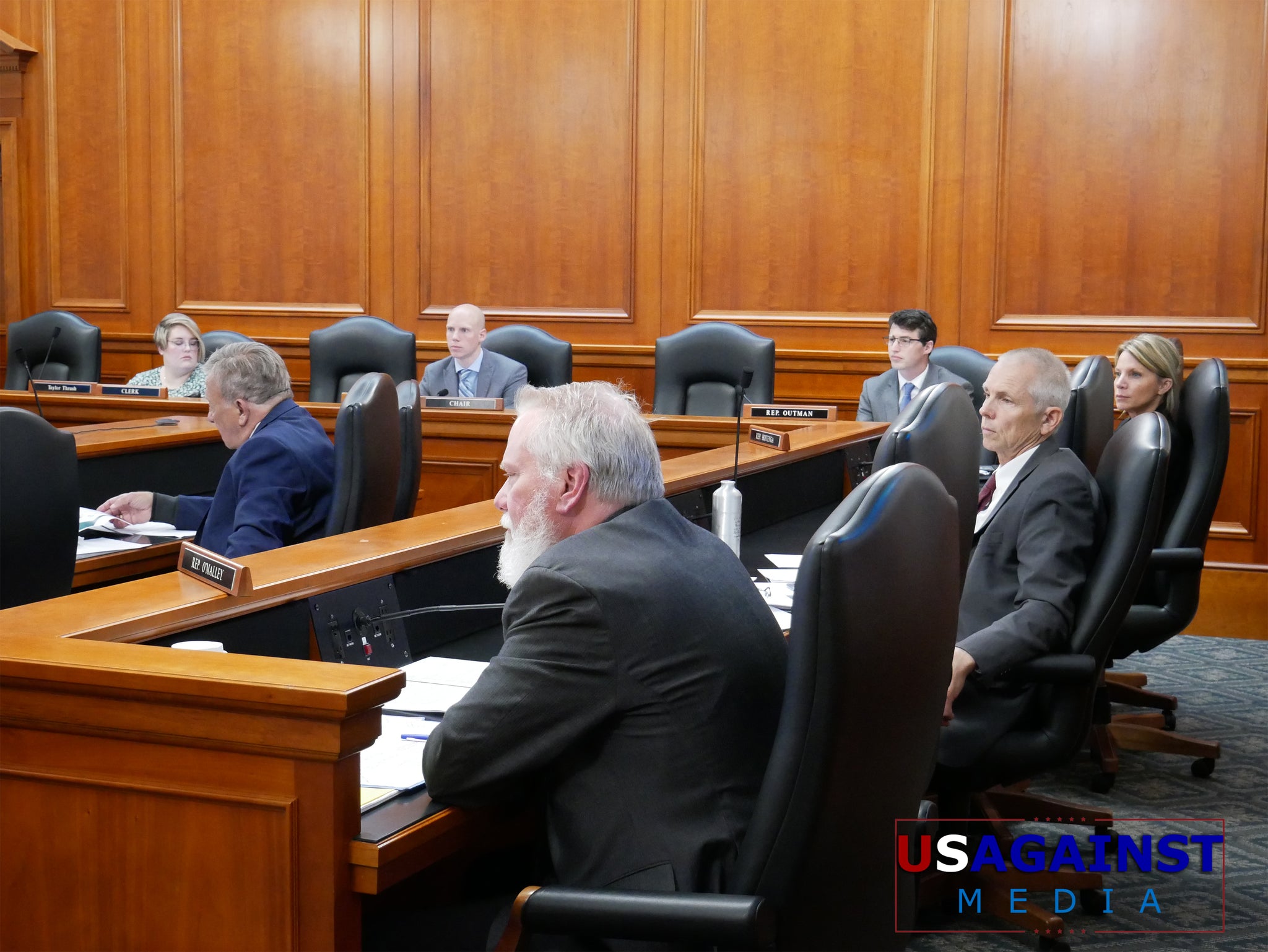 Rep. Michele Hoitenga asked Benson about what the staff does about missed appointments, and if someone misses an appointment, if it can be backlogged. Secretary Benson replied that missed appointments are 2-3 percent. But some people are making appointments in bulk, which is where the issue arises of appointments being posted on Marketplace. Her office is working to address this issue. Hoitenga, “Please open the offices.”

Secretary Benson plans on visiting all 131 SOS offices in order to get feedback and input from employees, and would like to come back and report her findings in the fall. Logistically this would take everyday, including after hours during the week and weekends to accomplish. Good luck SOS with visiting these branches after hours or on weekends.

2021-05-27
Previous Post: Roe Must Go! Election Integrity Rally
Next Post: Memorial Day and Veteran’s Day, The Difference and Who to Honor