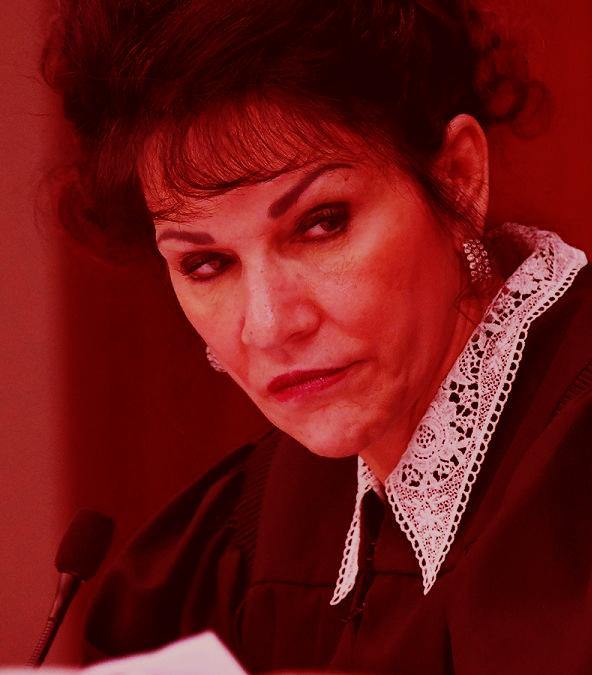 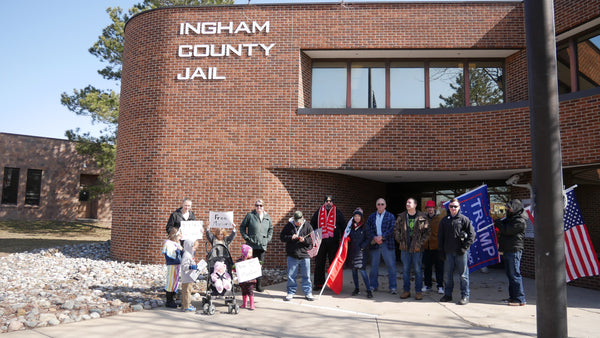 Protesters outside of Ingham County Jail.

Marlena Pavlos-Hackney was arrested early morning Friday, 3/19/2021 for a bench warrant that was issued by Wanda Stokes.

Pavlos-Hackney, arrested shortly before 6 a.m. Friday during a traffic stop in Ottawa County, will remain in jail until the state is assured her restaurant is closed down and she pays $7,500, Ingham County Circuit Judge Rosemarie Aquilina said during a raucous Friday court hearing.

Marlena Pavlos-Hackney was arrested by Michigan State Troopers, then transported to Ingham County Sheriff’s Office to be held without bail, all unconstitutionally as the Supreme Court has already determined that Governors executive orders as Unconstitutional.

The police constantly give the excuse, “We are just following orders” “We are just doing our jobs”  Well, if your orders consist of breaking the laws, then you need to use your best judgement and start questioning the orders you are given!

Just because you are given orders, or just because you are doing your job does not nullify or exclude you from having to face consequences for your unlawful actions being carried out towards the hard working, tax paying citizens of Michigan! 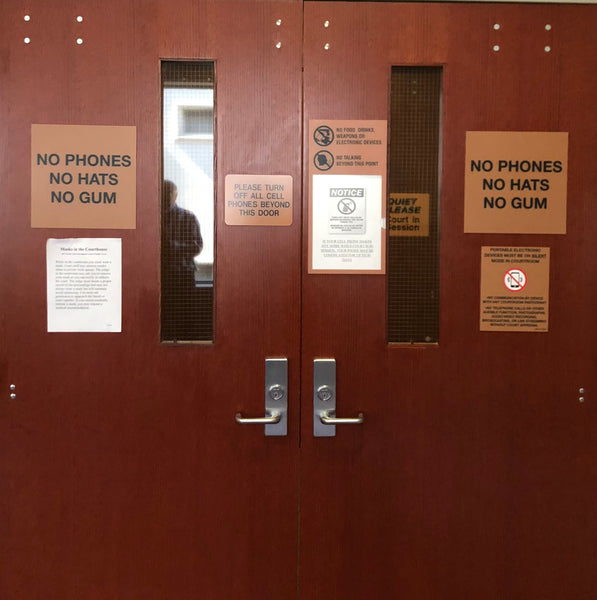 The Doors To Hell.  With all of the NO, NO, NO, are you even allowed to breath, blink or fart in this room that belongs to the people?

Are you ready to take a ride, that will remind you of how much YOU and YOUR RIGHTS do not matter?

The ride is called, The Circuit Courts of Ingham County.  A Complete Circus from the moment you walk in the front doors!

Stick your items in a tray, stick your face on an iPad that pretends to take your temperature, but is only taking a picture of your face.  Then you get the Wand Treatment and reminded how you must MASK UP MICHIGAN!

More specifically, Tyrant Rosemarie E Aquilina who will constantly remind you  that it is HER courtroom!  Not The People’s… 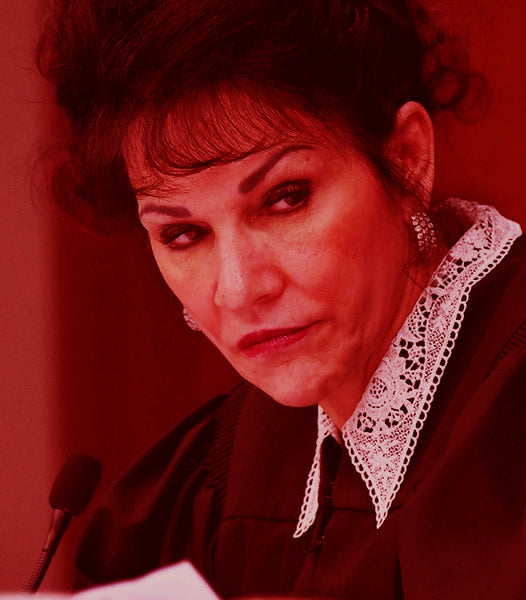 “We’re in the midst of a pandemic,” Aquilina said. “You have selfishly not followed the orders. You’ve not followed them for your own financial gain and apparently for the publicity that comes with it.”

This Evil Shrew of a Woman will scream, slam gavels and even threaten you with jail time!  All for a POLITICAL SHOW that she was actually accusing Marlena of doing. 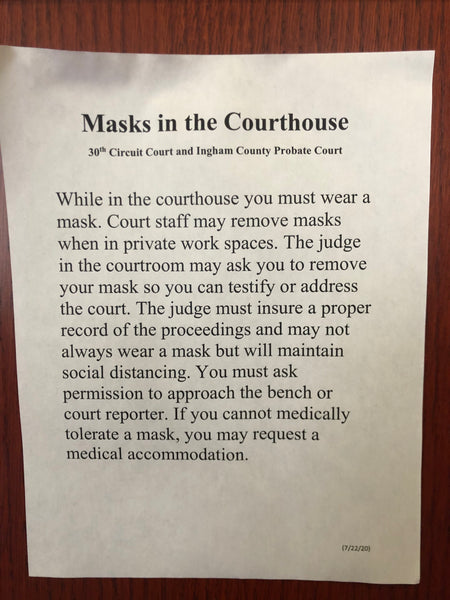 You may even hear the prosecutor say, The People Of Michigan, as if the prosecutor actually represents the PEOPLE OF MIGHIAN?  Another reminder, YOU DO NOT REPRESENT THE PEOPLE OF MICHIGAN!  You represent a totalitarian state that is focused on decimating OUR / THE PEOPLE”S fundamental constitutional rights! 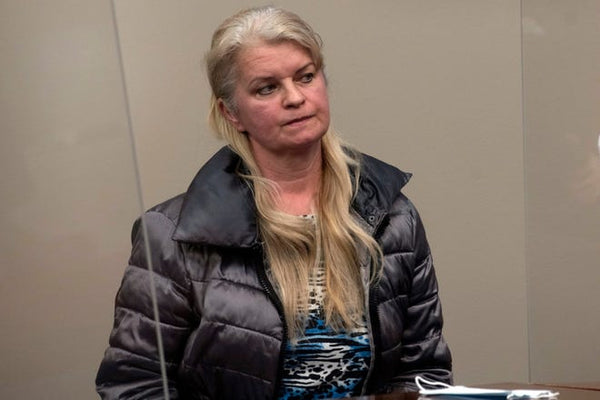 Aquilina loves exerting her power and throwing people in jail!

During Friday’s hearing, Aquilina also ordered a man attempting to represent Pavlos-Hackney as “assistance of counsel” to be arrested for contempt of court because he allegedly had represented himself as a lawyer when he was not licensed to practice. Richard Martin, who described himself as a constitutional lawyer and is the founder of the Constitutional Law Group, was ordered to serve 93 days in jail.

Aquilina threatened supporters in the courtroom with contempt of court when they made noise during the court hearing. The judge gaveled down Pavlos-Hackney when the restaurant owner tried to interrupt the judge.

“This isn’t Burger King,” Aquilina said. “When the sign changes to Burger King, you can have it your way.”

After the hearing, two supporters of Pavlos-Hackney stood outside the courthouse with bullhorns, calling Aquilina a “tyrant judge.”

Clearly, Aqualina was upset that another woman was gaining the spotlight over her.  So, Aqualina being an old shriveled up shrew, had to gain her power back by screaming and threatening like the tyrant she is.

I say enough is enough!
We must RECALL AQUILINA NOW!
IT’S THE PEOPLE WHO HOLD THE POWER, NOT YOUR AQUILINA!

WE CAN REPORT Rosemarie E Aquilina to the Bar Association!

We can make a difference and have the Bar Association investigate Rosemarie for her tyrannical practices!  HAVE HER DISBARRED!
JUDICIAL TENURE COMMISSION

Meanwhile, A Patriot Makes A Stand! 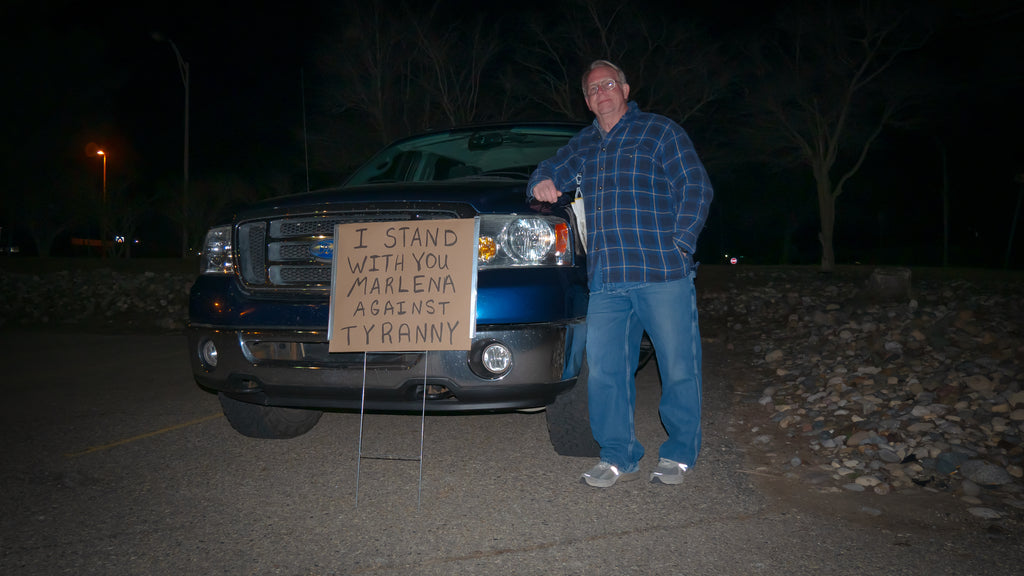 Duane Gritter, who drives 100 miles to make a stand in support of Marlena and Liberty by holding a overnight vigil. He will be there every night until Marlena is released.

We spoke with Duane for a good while, as a Deputy Sheriff Patrol Officer came by to check and see if everything was OK and if we needed anything.

I commend Duane for actually doing something, and this is a perfect example of things that can be done!

“Anybody can do this and people have showed up today.  There was a couple here earlier who must have seen my Facebook post.”  Said Duane with compassion and enthusiasm behind his voice.

We should all let Duane’s action resonate how sometimes it only takes 1 to make a difference.

2021-03-20
Previous Post: As Signature Collection Ends, California Heads Toward Recall
Next Post: Why Should Marlena Matter To BLM?