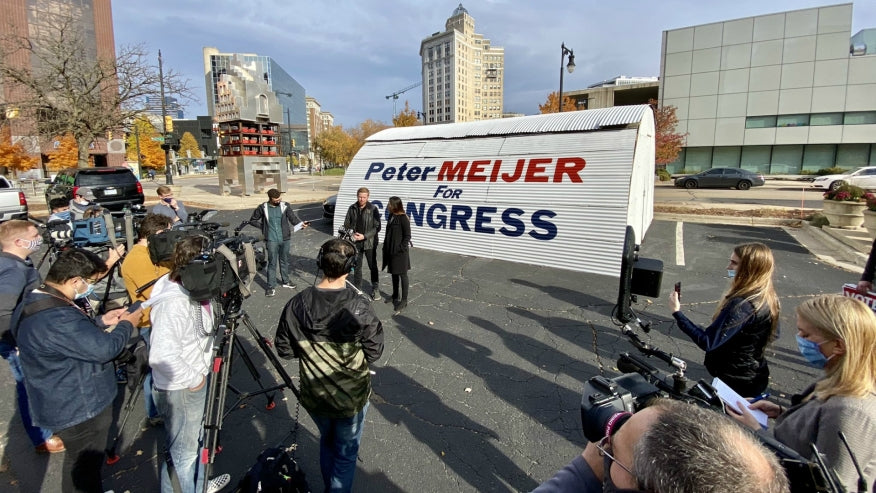 GRAND RAPIDS, Mich. (AP) — Former President Donald Trump has endorsed a primary challenger over first-term Rep. Peter Meijer of Michigan, who was among 10 Republicans who voted to impeach him for the deadly mob siege of the Capitol.

Trump backed John Gibbs, who worked at the Department of Housing and Urban Development during his administration.

Trump later nominated Gibbs to be director of the Office of Personnel Management. But he was never confirmed due to questions about controversial 2016 tweets.

Gibbs is among four Republicans challenging Meijer for his seat in western Michigan.

The state’s redistricting commission has yet to finalize congressional maps.