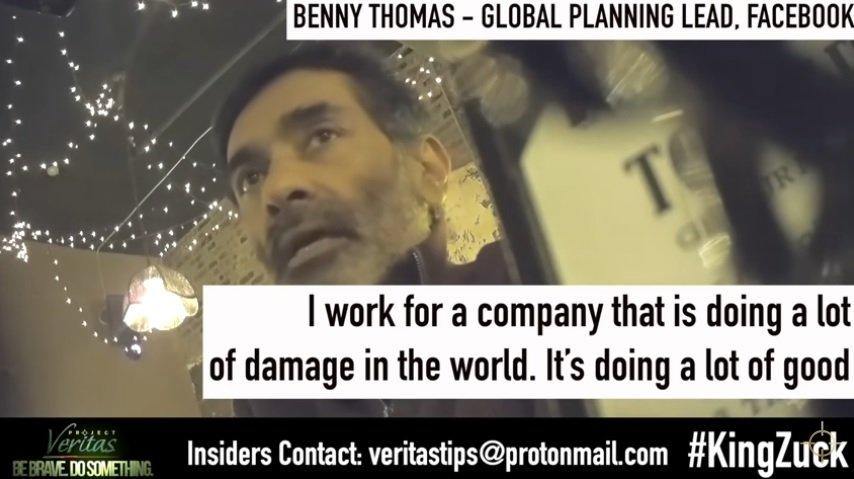 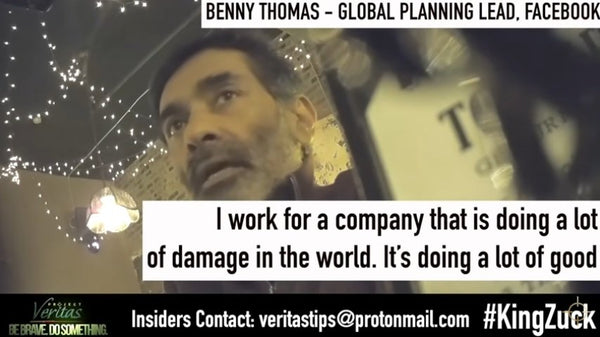 A senior executive at Facebook was captured on video by Project Veritas warning of the damage Facebook is causing the world.

A Facebook executive has been caught on tape sounding the alarm about how “powerful” the company has gotten and calling for the federal government to intervene and break up the tech giant.

TRENDING: Young Florida Man Reaches Out for Help After His Parents were Taken Away by FBI – Family Fears They will Lose Their Farm and Desperately Need Help

“I mean, no king in history has been the ruler of two billion people, but Mark Zuckerberg is,” Thomas said of Facebook’s CEO. “And he’s 36. That’s too much for a 36-year-old … You should not have power over two billion people. I just think that’s wrong.”

James O’Keefe was on with Sean Hannity a few months ago and he discussed Twitter’s creepy CEO Jack Dorsey who on a conference call noted that Twitter will be targeting President Trump’s account and many more.

This proved true as numerous conservative accounts were eliminated from Twitter shortly after the 2020 election (including the Gateway Pundit’s and this author’s).  This was because conservative sites like The Gateway Pundit attract too large a following and report the truth.  These social media behemoths will not allow negative reporting of Hunter Biden and will not allow any mention of President Trump winning the election or the 2020 election being stolen.

When social media hides the truth or tells lies, they damage the world.

Congress created massive corporations that now rule the free world.  These companies are virtually free from liability and so do whatever they want and unfortunately, these corporations hate free Americans.

2021-03-16
Previous Post: Confirmed: Dirtbag Raffensberger and His Aides Secretly Recorded And Lied About Trump’s Phone Call
Next Post: This is Today’s Big Media – Sick, Dishonest and a Horrible Joke Like in a Garbage Regime