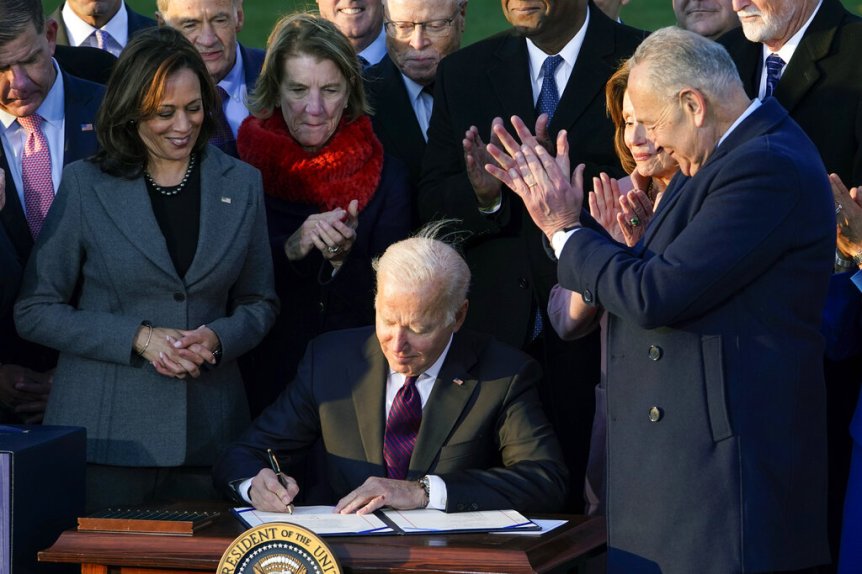 LANSING — More money grabbing by the politicians ahead!

With Michigan being one of the most corrupt states in the entire country, is bringing billions to the table for the rabid, snarling politicians a good thing?

Members of Congress expect the historic level of funding to start reaching the state by spring. The aid must go to specific priorities, though the Republican-led Legislature and Democratic Gov. Gretchen Whitmer will in many cases decide which projects to fund. The state and municipalities also will be able to apply to the federal government for competitive grants.

“It’s not a stretch to say that this infrastructure bill is a generational investment,” said U.S. Rep. Elissa Slotkin, a Holly Democrat who likened it to construction of the national highway system.

We have heard the same story over and over.  Michigan politicians always promise to make improvements on what never gets improved, such as the following;

“We’re going to split that between MDOT and the local (road) agencies,” state transportation director Paul Ajegba said, noting that Whitmer previously authorized $3.5 billion in borrowing focused mostly on improving state-owned highways. “We think with this additional money, we can start tackling some of the issues in our trunk lines in the inner cities.”

BRIDGES—$563 million, or an additional $113 million a year, under a new program to replace or repair bridges.

TRANSIT—$1 billion for public transit. That is $47 million more annually, a 30% boost.

WATER—$1.3 billion to address aging water infrastructure, including to replace lead service lines and address groundwater contamination from “forever chemicals” known as PFAS. It was not immediately clear how much could be spent to swap out the pipes that can lead to elevated lead levels in a community’s drinking water if the supply is not properly treated like in Flint and Benton Harbor. Michigan has an estimated 460,000 such lines that generally must be replaced over 20 years.

EV STATIONS—$110M to expand the charging network for electric vehicles. The auto industry has committed to producing electric vehicles for as much as half of U.S. sales by the end of the decade.

“If someone’s going to be making that next generation of cars, I want it to be us. Part of dealing with that is range anxiety that the average buyer feels because they don’t know that they can drive up north and successfully charge up,” Slotkin said.

CLIMATE CHANGE—$304 million to adapt to and mitigate the effects of climate change on roads and other parts of the transportation network.

—An unspecified portion of $500 million nationally so states can provide low-interest loans to local governments to reduce the risk of natural disasters. Peters, who secured the funding, said projects could include seawalls and storm water drains to address extreme flooding, shoreline erosion and rising water levels.

We at Us Against Media know how much corruption and money grabbing will take place during the disbursement of funds with things like contract bidding.