Whitmer Kidnapping Plot: The FBI Knew Exactly What Its “Double Agent” Was Doing! 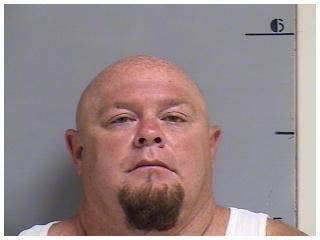 Prosecutors say the informant’s statements should be barred from court, but defense attorneys have other ideas.

An attorney for one of the defendants in the alleged plot to kidnap Michigan Gov. Gretchen Whitmer has launched a direct attack on the credibility of the prosecution, claiming it misrepresented its knowledge of the actions of a key FBI informant whom it recently disparaged as a rogue “double agent.”

The informant, Stephen Robeson, was accused last week by prosecutors of disobeying FBI rules and undermining the investigation into an alleged conspiracy to kidnap Whitmer and try her for treason. Among Robeson’s offenses, they claimed, was “offering use of 501(c) charity funds to purchase weapons for attacks.”

But according to a new filing Tuesday by the attorney for defendant Adam Fox, the FBI was well aware that Robeson had made such offers. The filing includes a transcript of an August 2020 recording — listened to by two of the lead FBI agents in the probe — in which another informant tells Fox that the charity was used to purchase weapons.

“While the Government attempts to minimize his involvement and its knowledge of the same,” the attorney, Christopher Gibbons, wrote, “the FBI maintained an intimate knowledge and control of [Robeson] and his activities.”

The five men facing federal trial in the case claim that they were entrapped by the government — and in particular by Robeson and another FBI informant, both of whom worked to recruit potential suspects, organize events such as the surveillance of Gov. Whitmer’s vacation home, and make hundreds of hours of clandestine recordings. The defendants also contend that there was no true conspiracy to kidnap anyone, and that the only planning was done by the FBI and its operatives.

Prosecutors have pushed back, arguing that the defendants were predisposed to take violent action against the governor because of the strict COVID policies she had implemented. But they have also asked the judge to sharply limit the evidence that can be admitted into court when the trial begins March 8.

They have, for example, said that they will not call three lead FBI agents in the case, and argued that many of the statements those men made during the course of the investigation should not be allowed as evidence. And last week they said that because of his misconduct, statements by Robeson should also be kept out of the courtroom.

Robeson, who had been convicted of multiple felonies dating back to the early 1980s, began work for the FBI on Oct. 20, 2019, new evidence disclosed in Tuesday’s filing reveals, and was terminated as a confidential informant on Oct. 28, 2020, three weeks after the defendants in the Michigan case were arrested. The FBI paid him $19,328.79 for his work, the new evidence shows, and he helped organize at least four events that the government highlighted as critical in the evolution of the alleged conspiracy, even going so far as to pay for pizza, “moonshine,” and hotel rooms for attendees.

While he was still working on the case, Robeson acquired a .50 caliber sniper rifle despite prohibitions on gun ownership by people with felony convictions. He was indicted last March in federal court on the gun charge and agreed to a plea deal in September. That deal, which offered him no jail time despite his extensive record and a statutory maximum sentence of 10 years, was an extremely favorable one — particularly if, as prosecutors now allege, they knew he had been secretly working “against the interests of the government.”

Last month, Robeson was charged again, this time in Wisconsin state court. Notably, he is alleged to have defrauded a couple out of an SUV by convincing them it was going to a charity he controlled. Investigators found that there was no such charity and that Robeson had simply kept the vehicle for his own use. That fraud is alleged to have taken place during the same month that the two FBI agents overheard the conversation about Robeson’s use of a charity to acquire weaponry.

In their filing last Thursday, prosecutors called Robeson a “noncompliant informant,” saying he undertook a number of “unauthorized acts,” including offering the charity funds, obtaining weapons, and offering to use a drone “to aid in acts of terrorism.” They also claim he failed to record certain events he was supposed to be informing the FBI about, attempted to destroy other evidence, and warned at least one defendant that he’d been approached by the government.

Citing those reasons, prosecutors took the unusual step of arguing that his statements and actions while working for the FBI should be excluded from the case.

In Tuesday’s filing, Gibbons challenged that argument. “The Government consistently relied on a specific cadre of agents and confidential informants from as early as October 2019 to October of 2020 in establishing its case against these defendants. The Government now seeks to distance itself from the very same group agents and informants, and their inconvenient actions and statements during the upcoming jury trial.”

A hearing on what evidence will be admitted at trial is scheduled for next Tuesday in federal court.

Jessica Garrison contributed to this report.