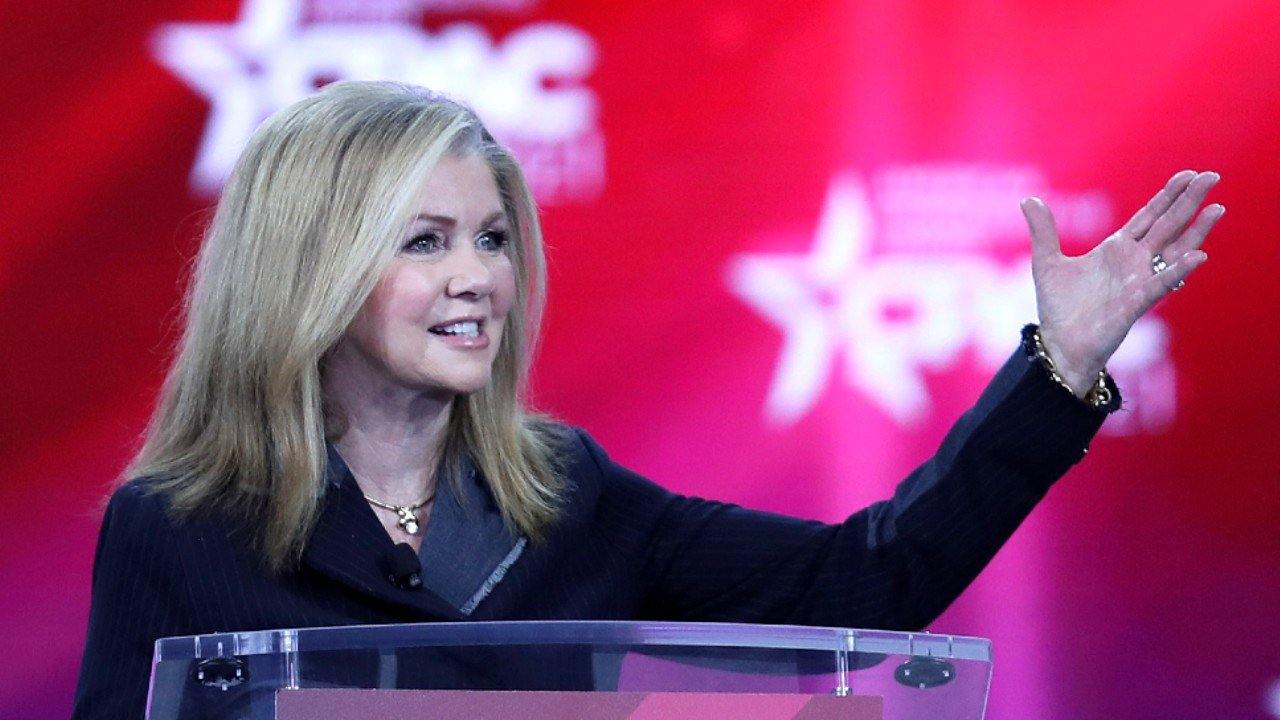 This is a modal window.

Beginning of dialog window. Escape will cancel and close the window.

“China is trying to cancel the United States of America,” Blackburn added. “China and Big Tech, they have a cozy relationship. They have been allowing the Chinese Communist Party to spew all of their information.”

“Conform or they will cancel you, sounds a lot like communist China doesn’t it,” she said. “This why we have to keep blocking Huawei, which is the spy network for Big Tech, they’re trying to build a virtual you online.”

In June last year, Twitter announced that they had removed more than 170,000 accounts tied to a Beijing-backed influence operation that deceptively spread messages favorable to the Chinese regime, including some about the CCP virus, commonly known the novel coronavirus, which causes the disease COVID-19.

The company suspended a core network of 23,750 highly active accounts, as well as a larger network of about 150,000 “amplifier” accounts used to boost the core accounts’ content, according to Reuters.

“Big Tech is aiding and abetting the Chinese Communist Party in their push for global dominance,” Blackburn said. “And we are going to have to stand against it.”

At one point during her remarks, Blackburn started speaking out broadly against human rights abuses and other abuses committed by the regime in China.

“They’ve got the Uyghurs enslaved in encampments, internment centers,” Blackburn added. “Look at what they do to the economy, to American innovators,—they rob, replicate, replace.”

The Trump administration determined that the Chinese regime has committed “genocide” and “crimes against humanity” against Uyghur Muslims in the region of Xinjiang, former U.S. Secretary of State Mike Pompeo announced on Jan. 19.

The move, made on the eve of President Joe Biden’s inauguration, marked one of the Trump administration’s toughest measures to condemn the CCP’s severe human rights abuses domestically.

“They are trying to steal the minds of our children and our college students with Confucius institutes,” Blackburn added.

Confucius Institutes, overseen with heavy involvement from the United Front Work Department, have “generated controversy for more than a decade for their effects on academic freedom and influence on universities,” according to a Strategic Policy Institute report. The United Front unit coordinates with thousands of groups to carry out foreign political influence operations, suppress dissident movements, gather intelligence, and facilitate the transfer of other countries’ technology to China, according to the report.

China has claimed that the aim of the institutes is purely to strengthen Chinese language learning and culture.