Capitol Police Union Head: ‘Many’ Officers Want to Retire or Quit After Jan. 6 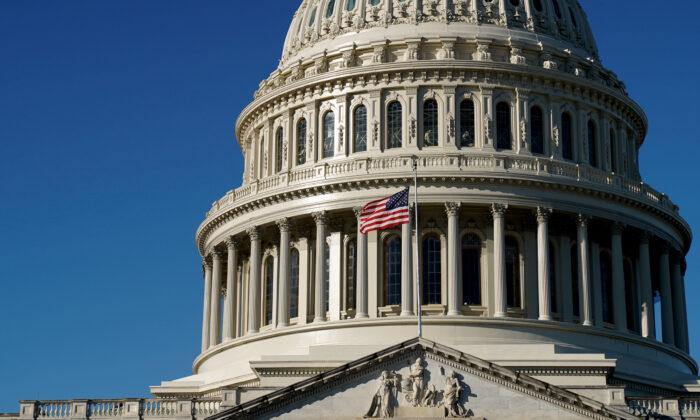 The head of the union representing Capitol Police officers said that “many” of them are considering retiring or quitting following the Jan. 6 breach of the Capitol.

“Many officers that are retirement eligible are seriously looking at turning in their retirement papers. Since January 6th, several Officers have retired as a result,” Gus Papathanasiou, chairman of the United States Capitol Police Labor Committee, said in a statement last week.

“I cannot tell you the number of younger officers who have confided in me” since the breach at the Capitol.

Papathanasiou said the negative sentiment was triggered by “a lack of trust in our leadership who clearly failed us on January 6th” and said other police agencies elsewhere “offer better working conditions and better retirement benefits.”

“If Congress wants to recruit and retain officers to meet the heightened security threat, they are going to have address both the leadership and quality of life issues driving officers to leave this department,” he stated.

Following the incident on Jan. 6, which occurred during the Joint Session of Congress to certify the election, more than 300 people have been charged in connection to it.

“Our Office of Professional Responsibility is investigating the actions of 35 police officers from that day. We currently have suspended six of those officers with pay. Acting Chief Yogananda Pittman has directed that any member of her department whose behavior is not in keeping with the Department’s Rules of Conduct will face appropriate discipline,” the U.S. Capitol Police said in a statement to local news outlets, without elaborating.

One officer, U.S. Capitol Police Officer Brian Sicknick, died following the breach, according to his family members. A week ago, his mother, Gladys Sicknick, told the Daily Mail she doesn’t believe he was hit in the head with a fire extinguisher during the fracas, as some media reports initially had indicated.

After the breach, The New York Times, CNN, and other mainstream outlets reported that Sicknick was killed as a result, but in recent days, they updated reports saying that his cause of death hasn’t been determined. The NY Times was the first to report—citing anonymous sources—that he was killed by a fire extinguisher.

The Associated Press, which cited “two people familiar with the matter,” reported on Feb. 27 that federal investigators proving Sicknick’s death have “zeroed in on a suspect” who appeared to spray a chemical substance on the officer before his death.

Capitol Police officials didn’t immediately respond to a request by The Epoch Times for comment regarding Papathanasiou’s statement.

2021-03-02
Previous Post: WHO Probe Under Scrutiny Over Investigators’ Ties to Chinese Regime
Next Post: Psaki Struggles To Explain Why One-Third Of $1.9 Trillion COVID Relief Package Will Be Spent Over Next Decade