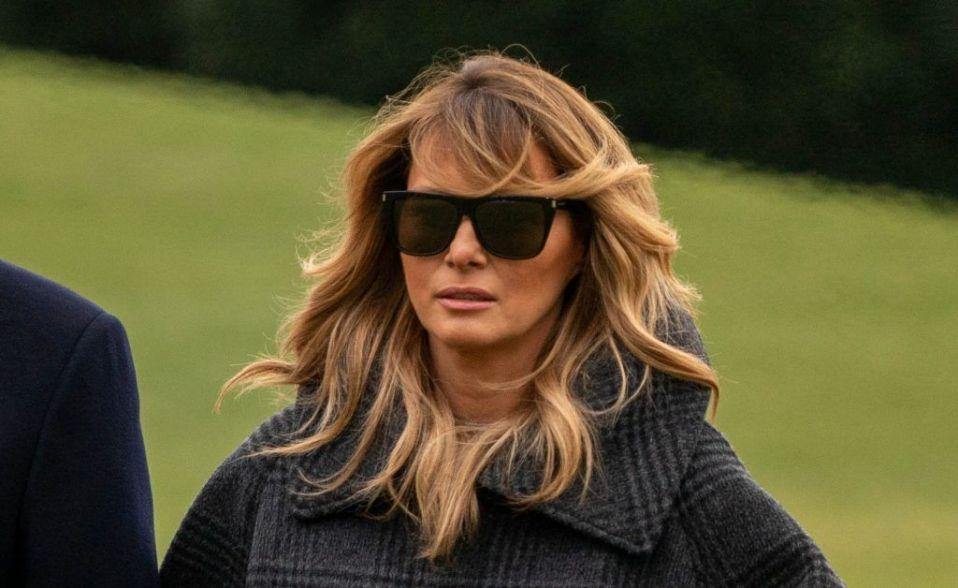 MELANIA TRUMP has once again become the centre of a bizarre conspiracy theory the claims the First Lady has clones who substitute her during official events.

The theory emerged years ago as Twitter users contrasted different images of the First Lady using the hashtag #FakeMelania. New comments regarding Ms Trump’s seemingly changing appearance pointed out her style choice and even her facial features and mannerisms.

Another commented added: “OMG! It’s amazing how there are still people out there that don’t know that Trump uses a Melania double!!”

In a tweet sent in March 2019, the US President labelled the news media “deranged” as he attempted to debunk the bizarre remarks.

He wrote: “The Fake News photoshopped pictures of Melania, then propelled conspiracy theories that it’s actually not her by my side in Alabama and other places.

2021-01-04
Previous Post: Melania Trump Styles Oversized Checkered Coat with Black Knee Boots to Return to the White House After Mar-a-Lago
Next Post: THE STORY OF HOW AMERICA FELL TO COMMUNISM! SHARE!!!