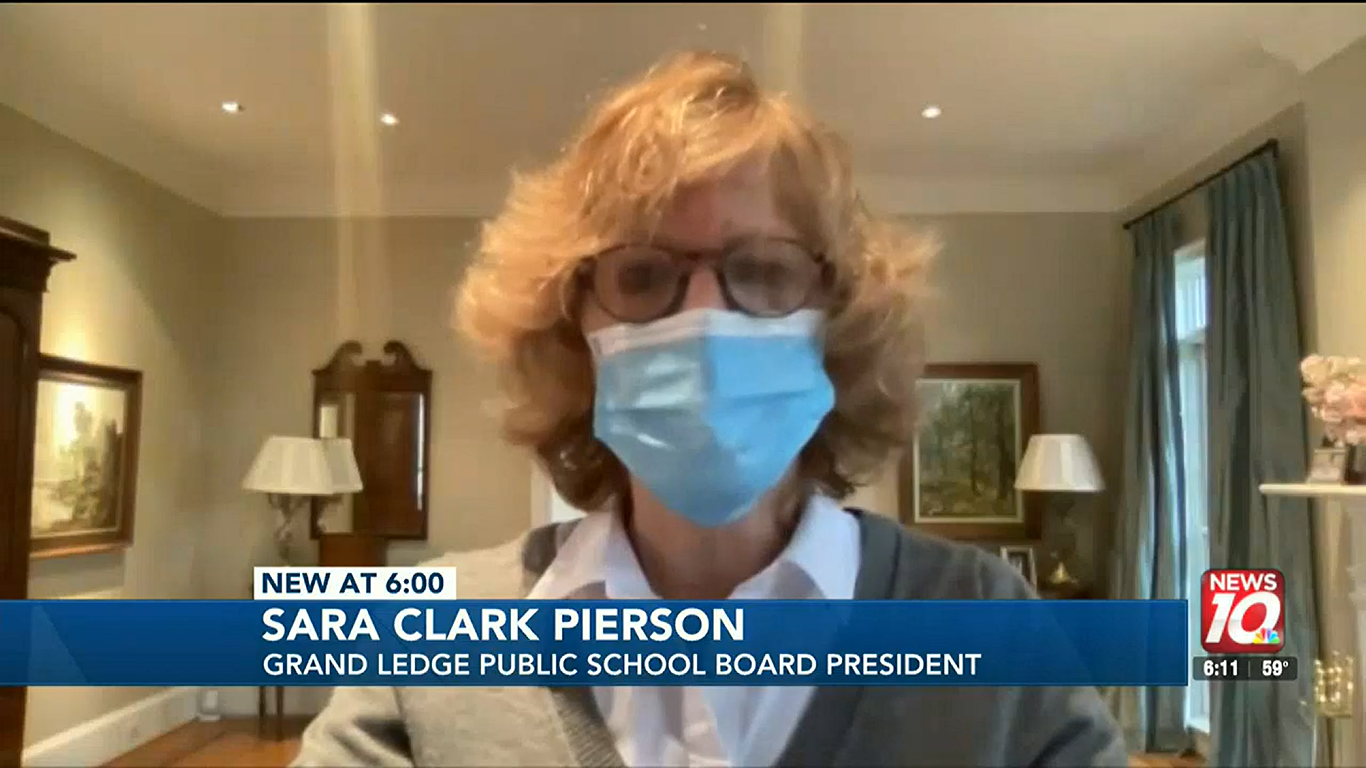 GRAND LEDGE-  An article posted this week by WILX News 10 (cover photo credit) in Lansing shows an interview with the President of the Grand Ledge Public School Board, Sara Clark Pierson.

Pierson states in a Zoom interview (as she’s masked up in her own home) how the school board meeting from June 14th was a “mini January 6th” insurrection. I’m sure glad she’s being safe.

UAM was requested by concerned parents to film these meetings as the school board failed in the past to document or have made claims of “technical difficulties” in filming meeting and posting them to the minutes. FOIA requests were made and previous videos were not made available.

I watched the WILX Lansing News 10 interview with Pierson. She is blatantly lying and claiming on the record that:

The police footage accompanying parents in the video is also very misleading, as this was not at Grand Ledge Public Schools to further amp up their story.

Pierson did not only lie in her interview, but her and the board have lied to and bullied parents in previous meetings. In one video a board member, Nicole Shannon was continually was rolling her eyes at parents throughout the entire board meeting. Unfortunately, Shannon (pictured below) is a newly elected school board member and cannot be recalled at this time. 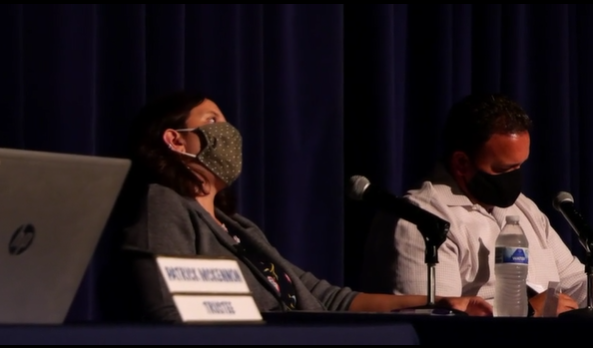 As you can see, we attended every school board meeting Grand Ledge had over this past summer. Videos don’t lie, watch for yourself:
Watch as concerned parents confront school board member about the lies being told to media!
2021-10-19
Previous Post: Michigan House Voting on Bills To Allow Big Pharma Takeover Of Marijuana Industry
Next Post: School Board Member’s Lies Reach Senate Committee