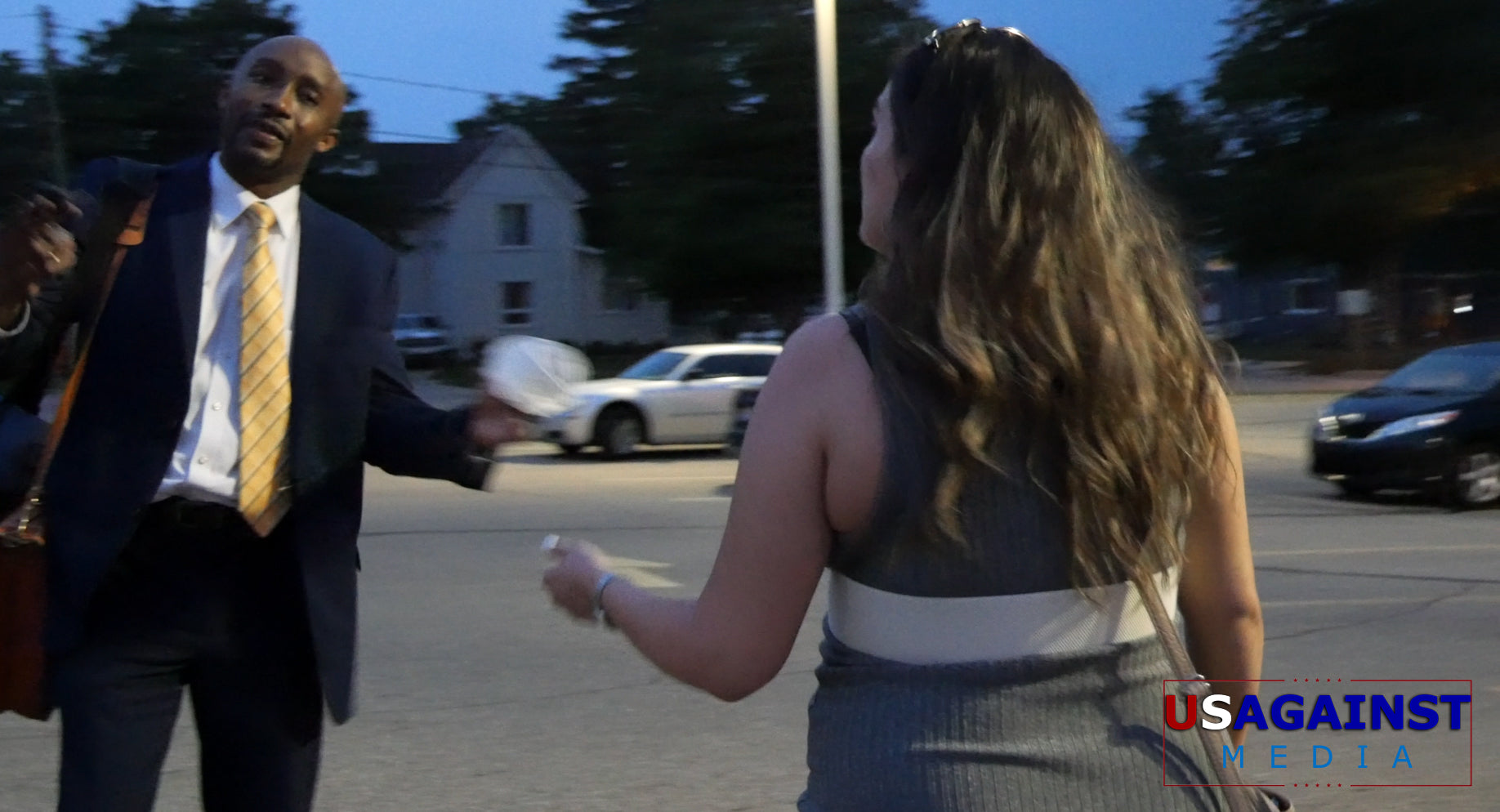 Grand Ledge Superintendent Marcus Davenport was confronted by Amber Redman, a concerned parent who is committed to exposing tyranny within the Grand Ledge School District. She met with him 5 days before this board meeting. In meeting with myself and another parent he said he would conduct a survey of what the community wanted regarding mask mandates before the board voted. Then he backtracked by the following day and said they don’t have time to conduct a meaningful survey. Administration members have confirmed a survey takes about an hour to construct and send out.

As the board voted 5-2 on reinstating the mask mandates for all children who wish to attend in person learning at any school within the Grand Ledge school district.

We also asked Superintendent Marcus Davenport about his political affiliation with Black Lives Matter (BLM) a Marxist organization who’s leaders have been exposed, using the movement for self financial gain. 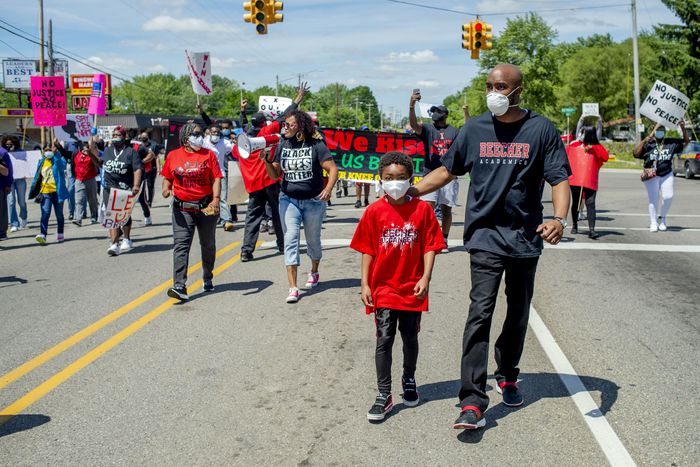 Beecher superintendent Marcus Davenport, right, marches alongside his 7-year-old son Camden as the two join about 100 people in protest against police brutality and racial injustice on Saturday, June 13, 2020 on Coldwater Road in Beecher. (Jake May | MLive.com)

Davenport said as a black man in America, social distancing did not start for him in 2020. He said he has had to social distance from police his entire life.
While standing with his 7-year-old son Camden at his side, he stressed the importance of educating youth and the greater black community about the value of economic empowerment and the “black dollar.” And, he said, a stronger education will be the key to shifting systematic racism in this country.
SOURCE

Question: Why has Grand Ledge appointed a pathological liar as the superintendent, who will oversee decisions being made with children in Grand Ledge?

Where Did The MASK GO?

We also noticed how Superintendent Marcus Davenport was NOT WEARING A MASK!  He has mandated that all children wear masks for 7 hours a day, 5 days a week while attending Grand Ledge Schools.  He wears his mask during the School Board meetings as a display, to facilitate the show.  Marcus Davenport does not practice social distancing, and does not practice what he preaches. 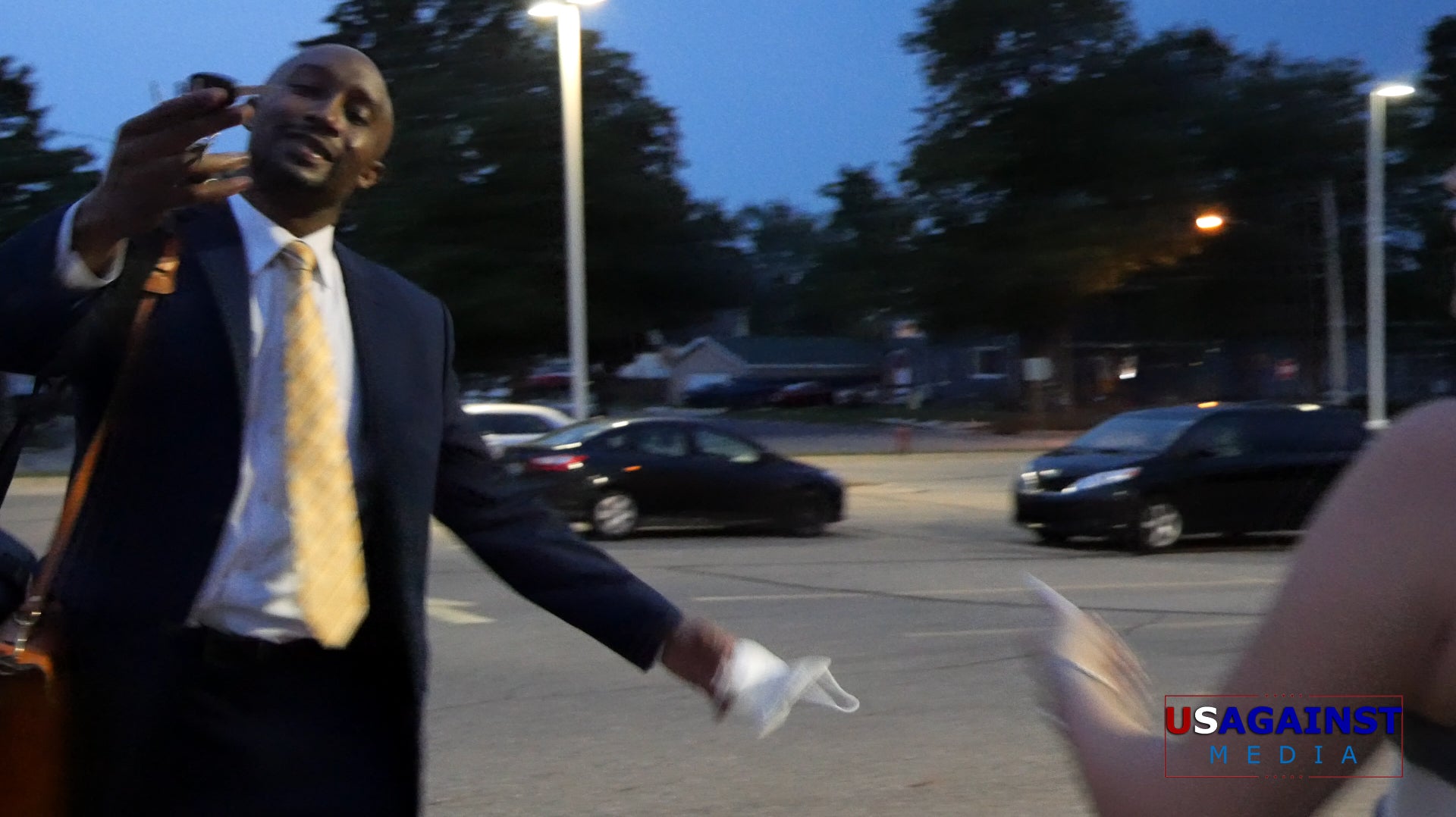 GOOD FOR ME, NOT FOR THEE!