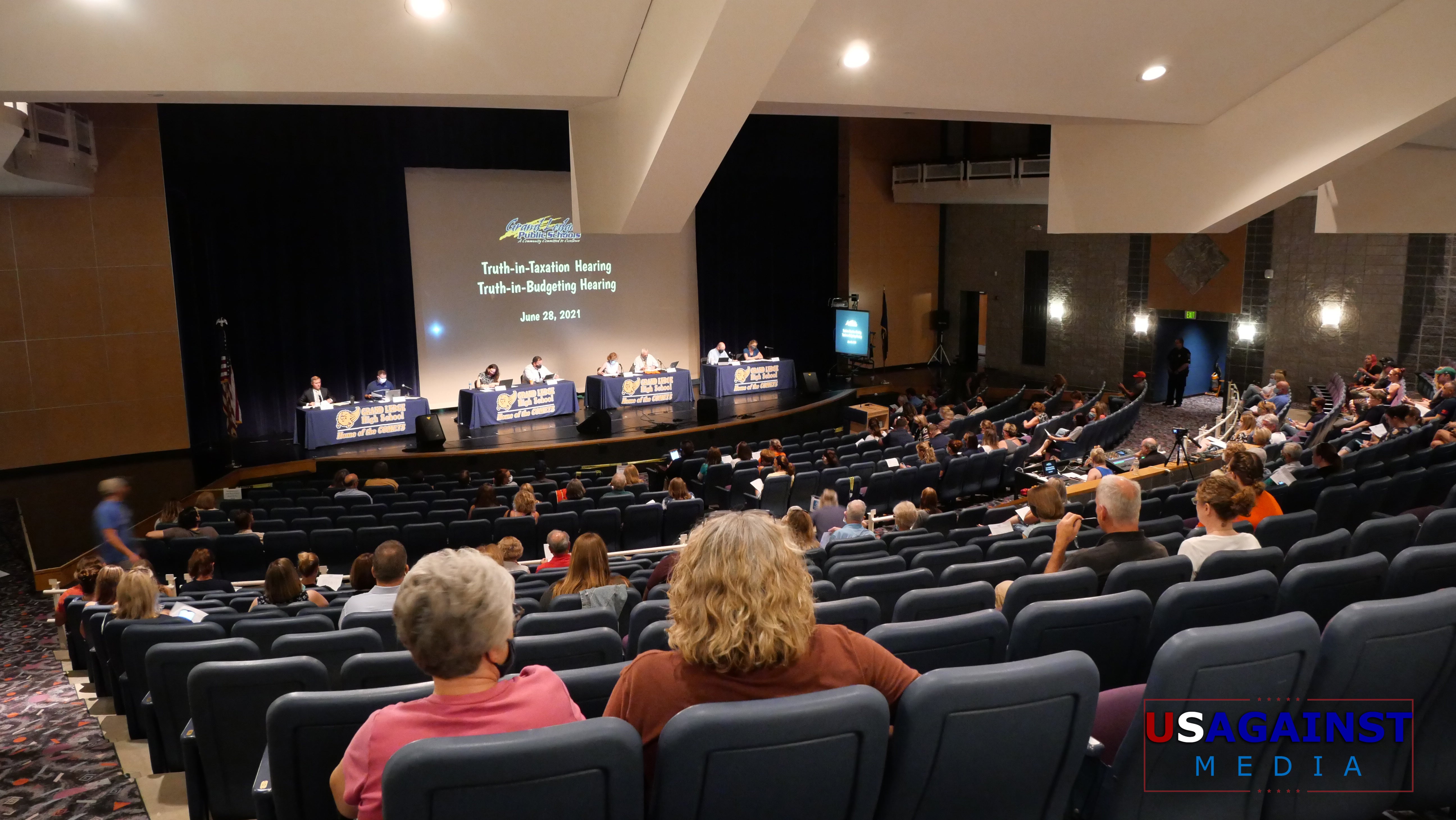 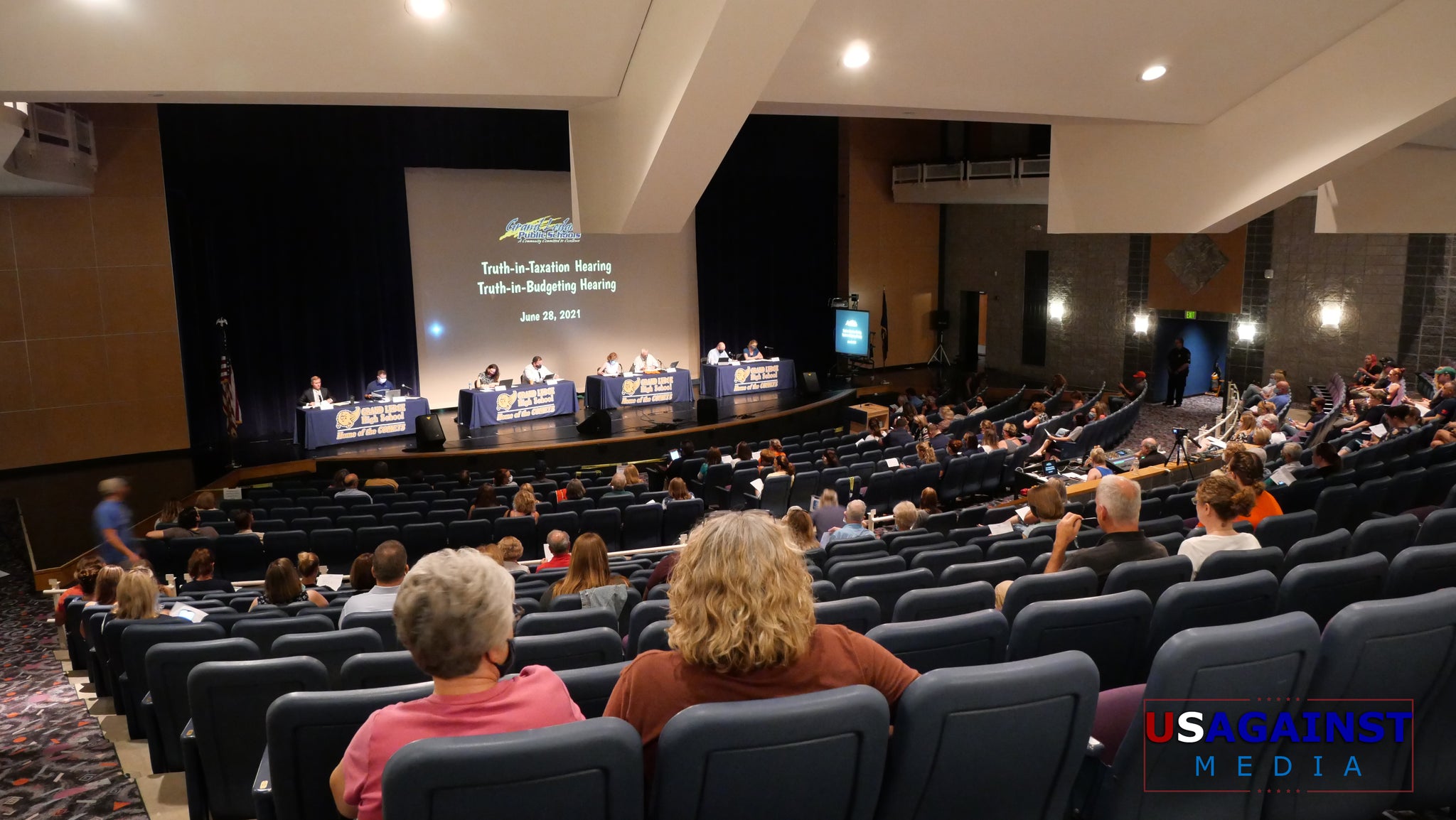 Last night at the Grand Ledge High School Auditorium, a chiller was down and the room was very hot, due to all the recent heat, humidity, and sounds of thunder crackled through the air as a storm passed over. But that’s not the only thing that was hot. Parents have been pleading for weeks with Grand Ledge’s School Board to end mask mandates, student athlete testing, and to leave curriculum as it as without DEI (Diversity, Equity & Inclusion) training. Which parents argue is essentially CRT, Critical Race Theory.

In a nutshell, DEI would be composed of four committees, involving a 3-5 year development plan. These plans would involve learning DEI for staff, oncoming staff which would involve DEI-based interview questions, auditing and changing curriculum to reflect DEI, and form social groups for students, including middle and elementary schools. This would also employ a full-time EDIC coordinator for the district. The committees would also implement visual displays in schools to include murals and plaques, and making it “fun contest” between schools on who can make the best flags and displays/signs. One of the speakers mentioned that there is already a website underway that collaborates with community groups. We didn’t find a website, but found a Facebook page that has nearly 1k likes. The group has been holding meetings all throughout the past year.

Attached is an image posted by Grand Ledge United. The post along with this photo says, “If anyone feels uncomfortable going to the police station/city hall, please message us, and we will find a way to get you a sign! If you or anyone you know would like a sign, you can pick one up between 8-5 Monday-Friday at the Grand Ledge Police Department. Or, if someone needs to get a sign dropped off to them because they are unable to come in, just call the police department, and they will get one out to you!” The Facebook page is ran by Jonathon Horford. 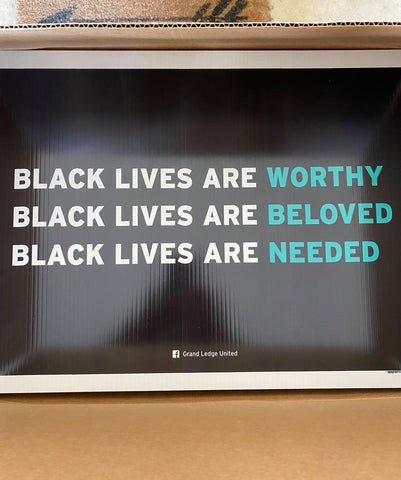 This video highlights the 1960’s Students For A Democratic Society and how they used racial diversity to try and create a society based on socialism and communism.

After the presentation, many parents testified against the DEI program. And a handful of teachers with the local teacher’s union testified for it. Parents pushed back on teachers, stating that it’s not their job to teach their children values. That teachers should be teaching and sticking to core curriculum. As one parent that testified, Jeff McNeilly stated, “I teach kindness to my children.”

Another Grand Ledge resident, Gina Johnson, referenced that using DEI is a guise for teaching CRT. Johnson, who has ran for office, has had many phone calls from black constituents asking to not push this training as they feel it will be pushing racism. They also feel this will only make us divisive, create animosity, and will ultimately lead to violence. Another parent mentioned CRT being a theory, and how ANTIFA is a theory. That “theories” don’t burn down buildings.

Amber Redman (above), a Grand Ledge parent who has petitions circulating to recall board members stated how disgusted and ashamed she is of the board, and how they need to set political agendas aside. Redman uncovered how Grand Ledge Public Schools hired at a whopping rate of $200/hour Dr. Dorinda Carter Andrews, a professor in the MSU education department as their diversity, equity, and inclusion consultant. Carter states in a YouTube video that capitalism in itself is racist, and self-proclaims she is a socialist and specializes in “social justice” work.

A former principle and teacher of Grand Ledge, Richard Pochert stated that he pretty much was using CRT is his daily classroom teaching for 10 years and that “nobody knew.” He said that reverse racism is false, and that anyone who opposes CRT is a white supremacist and right wing activist. Mr. Pochert was also terminated or resigned from his job for having an affair with another teacher. 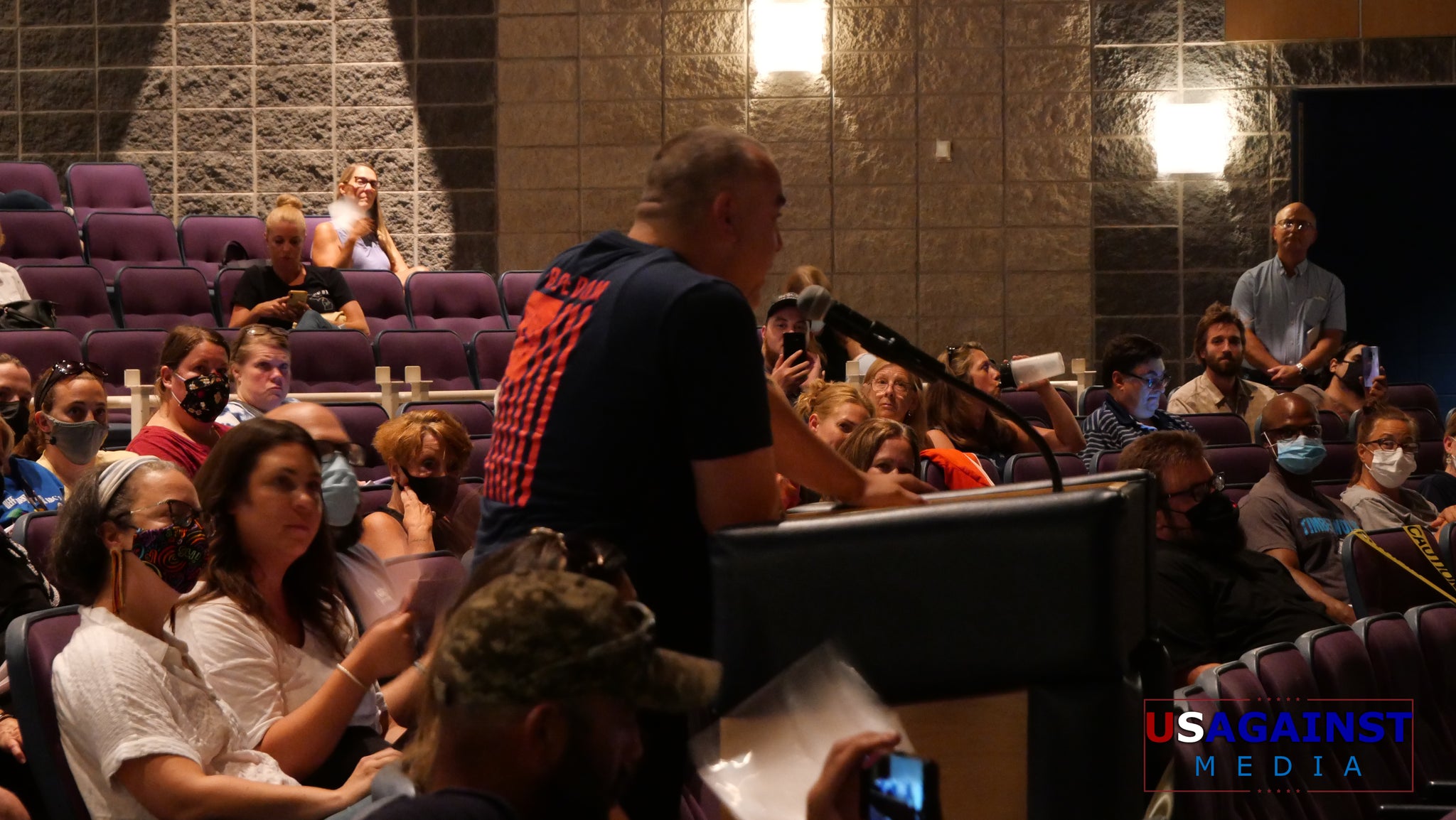 Eric Lopez (above), a previous alumni of Grand Ledge mentioning being a Hispanic minority. He mentioned that although he’s a minority, he feels that teaching CRT is “crazy,” and that a bunch of white people teaching it is the same. Lopez feels that it’s teaching hate, and that we’re going in reverse. He demands the board fire teachers wanting to teach it.

Many parents feel it’s unfair, and that political agendas and identity politics do not belong in their children’s schools. They feel that the teachers and other administrators that have posted on social media about these issues need to be fired in the same manner as the previous superintendent for posting their political beliefs on social media.

2021-06-29
Previous Post: Somebody Who Worked With John McAfee Knows What Really Happened!
Next Post: STUDENT FACES 20 YEARS IN PRISON FOR POSTING PHOTO OF HIS AR-15