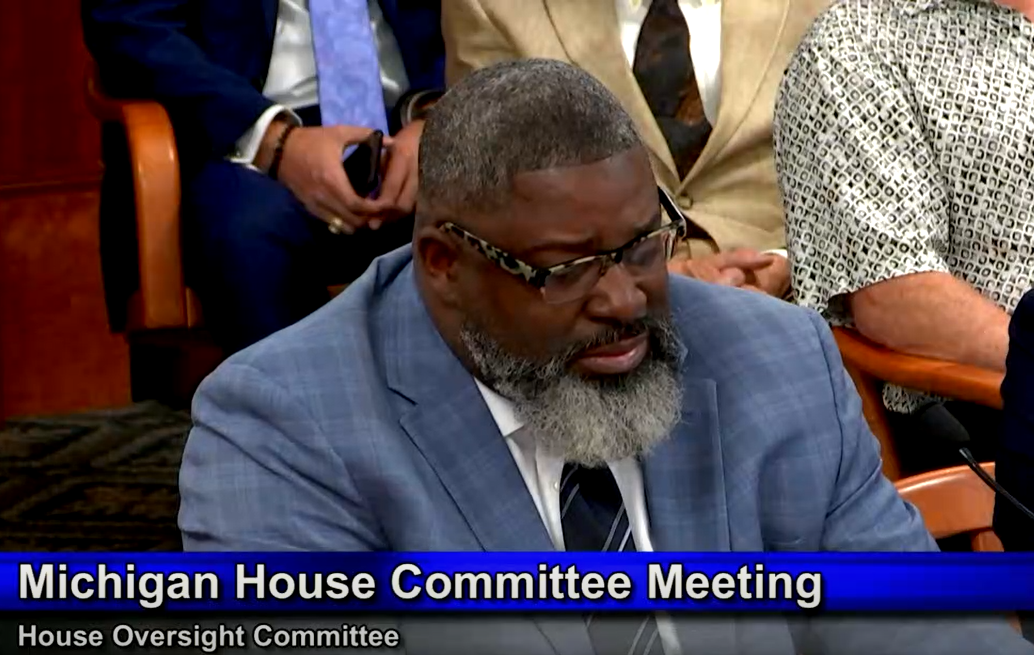 LANSING- In Michigan’s House Oversight Committee, a House Bill package that was introduced that would expand the statute of limitations on victims of a sexual assault in wake of the MSU Larry Nassar trials and the late University of Michigan’s Dr. Robert Anderson.

This bill also would extend the time period for filing after discovery from three years to six years, and create a one-year window in which a victim of CSC committed by a physician under the guise of providing medical treatment.

House Bill 4307, introduced by Rep. Ryan Berman (R) would include governmental agencies, its employees, or agents regarding conduct involving CSC. This includes individuals that had previous knowledge of the criminal sexual conduct but did not report it.

We attended the House Oversight Committee meeting where brave victims of CSC testified before the committee. This included male athletes and a female tennis athlete that attended the University of Michigan dating back from the 1960’s.

Previous University of Michigan football player and alumni Jon Vaughn testified in regard of Dr. Anderson. Anderson would tell Vaughn lies as a young athlete, that Anderson had to employ the proper protocols to make sure he was healthy enough to compete. Vaughn stated, “As an 18, 19 year old kid, we trusted them.” “We were assaulted and raped.”

Vaughn continued to testify about Dr. Anderson making up other lies stating the University was conducting studies in which testicular and prostate cancer screenings had to be done, and took “samples.”  Anderson proceeded to make an inappropriate comment to Vaughn stating he was, “attempting to create the perfect black athlete.”

There was not a dry eye in the room.

These predators need to be held accountable, and hopefully this bill package will help more victims come forward. To let them know they’re not alone, and to help prevent this cycle of abuse from happening further.

UPDATE: Jon Vaughn is currently protesting in front of the University of Michigan president Mark Schlissel’s home for 100 days until he talks to him and address these matters.