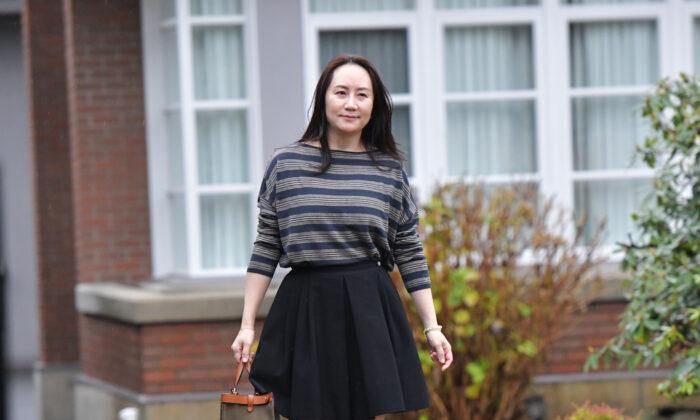 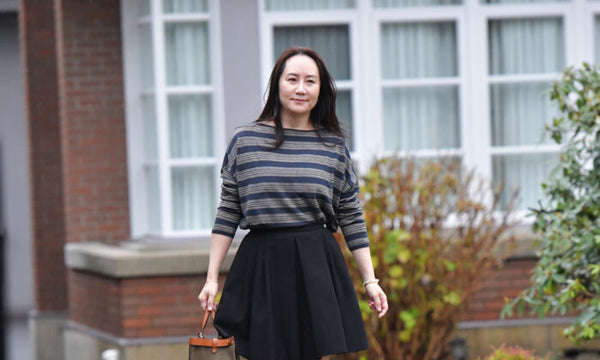 VANCOUVER, British Columbia—Lawyers for a senior executive for Chinese communications giant Huawei Technologies were in court Monday arguing evidence should be introduced that they claim undermines the case to have their client extradited to the United States.

But a Canadian government lawyer representing the United States in the extradition case has said that the evidence in question is a ploy to distract the judge from weighing the extradition. The lawyer said the evidence in question is appropriate when eventually presented in New York where Meng Wanzhou would face bank fraud charges for misleading multiple financial institutions to violate U.S. sanctions on Iran.

The United States accuses Huawei of using a Hong Kong shell company called Skycom to sell equipment to Iran in violation of U.S. sanctions. It says Meng, 49, committed fraud by misleading the HSBC bank about Huawei’s relationship with Skycom and its business dealings in Iran.

If extradited and convicted in the United States, she could face more than 30 years in prison. Meng and Huawei deny the charges.

Much of the case centers around an August 2013 PowerPoint presentation made to a HSBC executive during a lunch in Hong Kong.

Defense lawyer Frank Addario asked the court to admit evidence he says shows officials with HSBC were aware of Huawei’s connection to Skycom and another company called Canicula Holdings Inc.

“It was widely known in the bank … that Huawei owned Skycom,” Addario told Associate Chief Justice Heather Holmes. “It sold Skycom to Canicula and thereafter Huawei controlled Canicula’s account at the bank.”

Addario argued that by omitting evidence, the United States is misleading Canadian courts.

“The case put to you for the prosecution is the bank’s knowledge came from all these misleading statements by Huawei employees generally,” Addario argued. “Once you see all this evidence the picture that emerges is a different picture abut the knowledge of HSBC employees generally and the decision makers.”

Meng attended the hearing wearing a mask and an ankle tracking bracelet—a condition of her bail. She followed the proceedings with an interpreter while reading documents on her lap and taking sips of water.

Over the next several weeks, Meng’s defense team will present several arguments in the hopes of halting the extradition proceedings, following two years of legal setbacks, including rejections to her plea to relax her bail conditions. Canada said she might try to escape.

Meng remains free on bail in Vancouver and living in a mansion with daytime supervision. She must comply to a curfew along with her ankle monitor.

Later this week, her lawyers will argue her arrest was “politically motivated” because former U.S. President Donald Trump said he was willing to “intervene” in the case if it could help the U.S. reach a better trade deal with China or served U.S. national security interests.

Canada’s attorney general said in court documents that Trump’s comments were public statements by a president no longer in office about an alleged “intervention” that never occurred.

Meng’s lawyers will also attempt to argue abuse of process, saying Canada Border Services Agency officers detained and questioned Meng without a lawyer, seized her electronic devices, and compelled her to give up the passcodes before her official arrest.

Her lawyers also contend the United States is exceeding the limits of its jurisdiction by prosecuting a foreign citizen for actions that took place in Hong Kong.

The extradition trial is scheduled to finish in mid-May.

The case also stands amid a backdrop of intense scrutiny of Huawei in the United States. The Trump administration blacklisted the company in 2019 from doing business with U.S. firms on national security grounds.

U.S. officials and experts have sounded the alarm about the potential for Huawei equipment to be used by the Chinese regime for spying or to disrupt communication networks. Such concerns arise from the company’s links with the Chinese military, as well as the fact that Chinese law compels companies to cooperate with intelligence agencies when asked. The company denies the allegations.

2021-03-02
Previous Post: Cuomo’s Attempt at Apology Blasted by Alleged Victim
Next Post: WHO Probe Under Scrutiny Over Investigators’ Ties to Chinese Regime