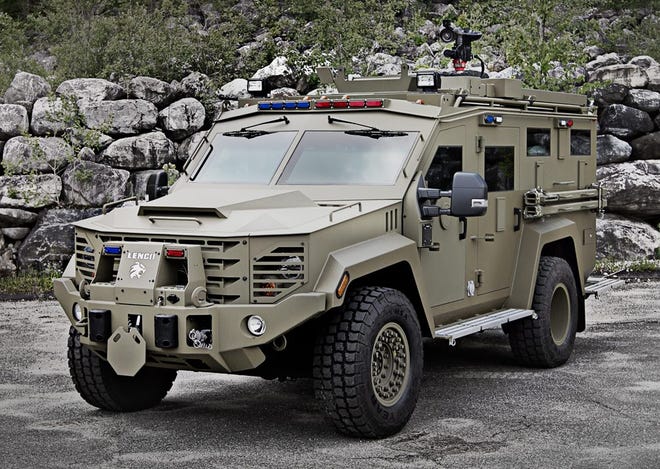 Traverse City – Northern Michigan’s largest county is spending $260,000 on an armored police vehicle, despite criticism in the community.

“We have no use or need for this military-grade vehicle in our civilized county,” Traverse City resident Abby Weglarz said at a meeting Wednesday. “The acquisition of a Bearcat would be a serious escalation in the physical presence and power of the sheriff’s department.”

The county received at least 200 emails opposing the purchase.

Sheriff Tom Bensley and other area sheriffs said the vehicle’s primary purpose is to protect police and the public. Bensley said it will not be outfitted with guns or water cannons.

Undersheriff Mike Shea said many people aren’t aware that an armored vehicle from Crawford County is present at the National Cherry Festival.

“It’s not something new. We just want to mitigate the time it takes to get here,” Shea said.

Commissioner Brad Jewett, who favored the purchase, said the county needs to give the sheriff’s department the tools “to do their jobs.”