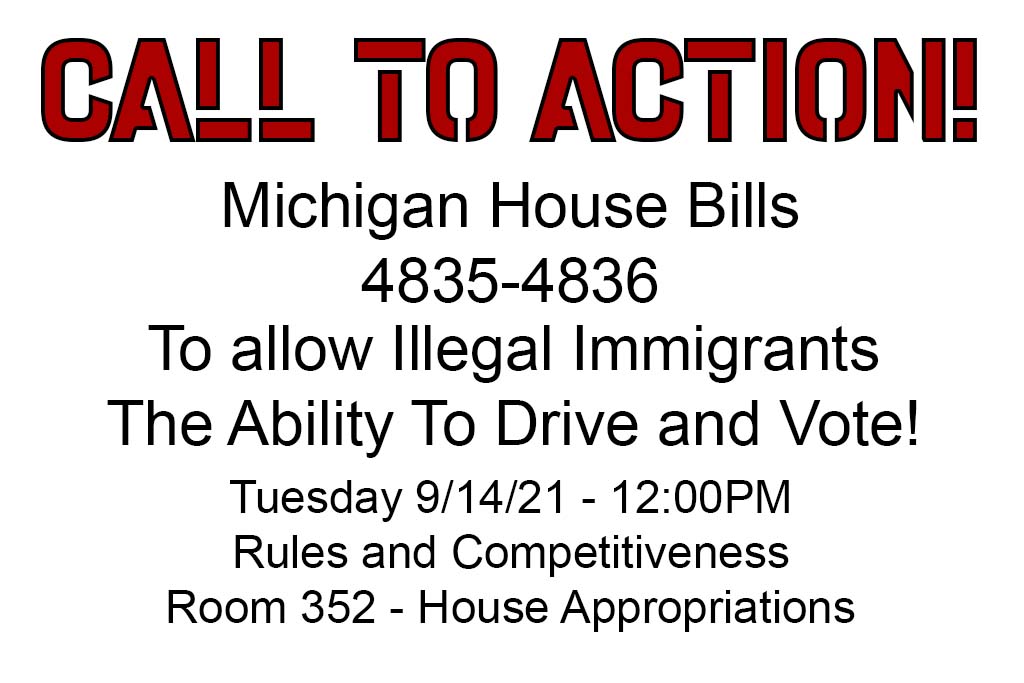 Once again, Us Against Media is bringing you BREAKING news on Michigan Legislative BAD BILLS!  How do we know about these bills?  It is because we attend committee meetings and get involved with the process…

That’s why, actions will always speak louder than words…

“Resident” means every person who resides in this state. and establishes that he or she is legally present in the United States.”

In reading about House Bills 4835 and 4836, I was able to find identical bills proposed on the Senate side as well. These Senate Bills are 433 and 434. These legislators are really desperate coming from both sides of the House and Senate to push these through, hoping no one will notice.

In all 4 of these bills, the text in “new” Section 1b states:

Which as you know, when you apply with the SOS to get a driver’s license, you’re given the option to vote as well. Well folks, step right up! Here’s the beginning of Biden’s voters! Aren’t you excited? I can hear the circus music now!

House Bills 4835 and 4836 will be up for discussion in the Rules and Competitiveness Committee on Tuesday, September 14th at 12pm at House Appropriations Room 352 at the Lansing State Capitol.

Senate Bills 433 and 434 have been referred to the Senate Transportation and Infrastructure Committee on May 11, 2021. It has yet to be scheduled.

You can read all 4 bills below:

You can testify via Zoom by contacting the chair’s office at the following email address.  But the chair is a proven RINO and probably will suppress attempts at allowing people to testify VIA Zoom: