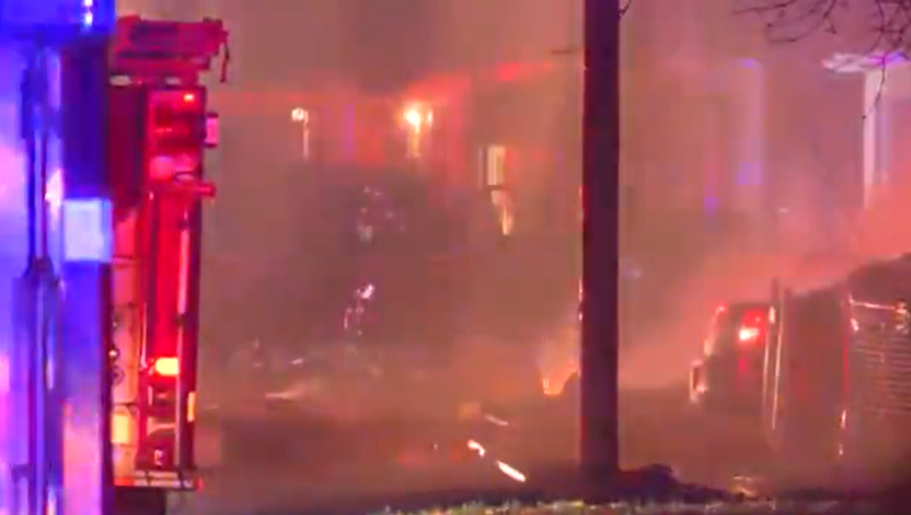 FLINT- An unknown series of blasts felt by neighboring towns of Grand Bland and Burton followed by fire occurred last night in Flint.

According to Fox 66 News Flint, Emergency responders received reports around 9:30 p.m. that a fire had sparked and that people were possibly trapped inside a home, the newspaper reported. Also burning were a shed and a vehicle outside the home, the Journal reported.

Search dogs were brought to the scene Monday night in Flint, Michigan, in response to a huge blaze that witnesses claim was accompanied by several explosions.

At least three people were missing and two people were hospitalized, FOX 66 of Flint reported, citing information from a fire official.