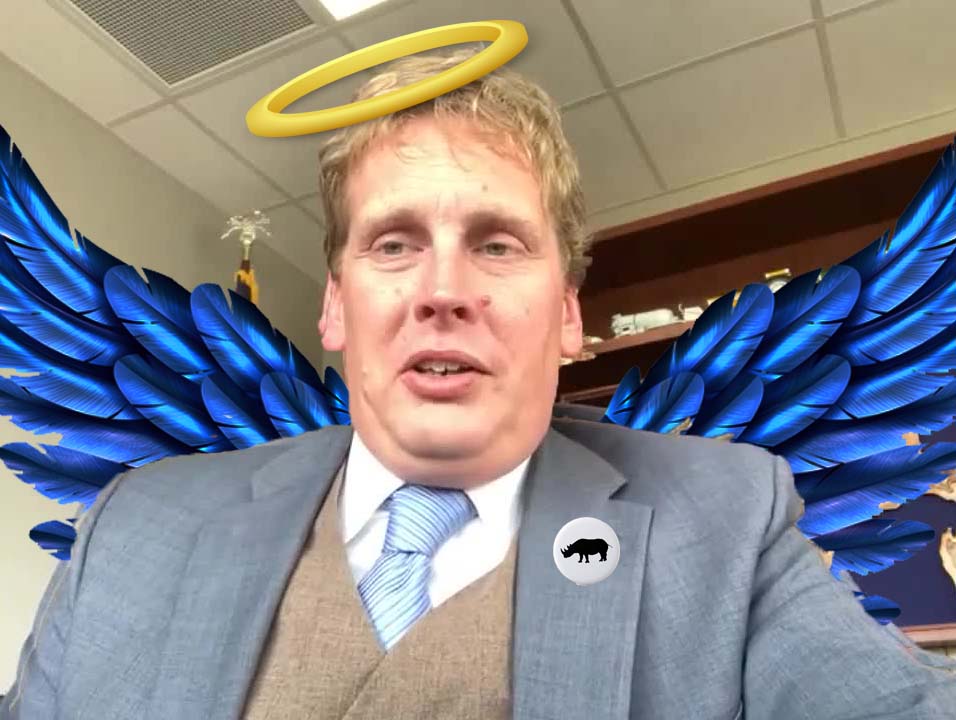 MARQUETTE-  Senator Ed McBroom is making strides, as many sheeple in the Upper Peninsula want to call him a hero! The Detroit News quoted Senate Majority Leader Mike Shirkey describing McBroom as “A man of great integrity and resolve.”

Wow! For someone that lacks transparency in regard to election integrity, I’d say a majority of conservatives in the State of Michigan tend to disagree.

Us Against Media submitted a FOIA request back in July to the Attorney General’s office to get nothing back. Check it out: 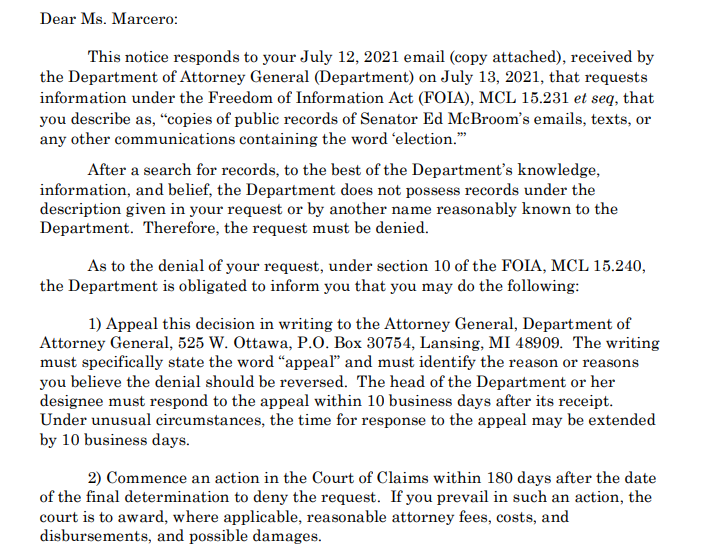 According to the Iron Mountain Daily News:

We were exceedingly pleased to see recently that state Sen. Ed McBroom was named one of several Michiganians of the Year by The Detroit News.

McBroom, 40, a Republican farmer from Wacedah Township, made the list because of his chairmanship of the Michigan Senate Oversight Committee, tasked to closely review the 2020 election in the state of Michigan.

To the surprise of absolutely no one, the GOP-dominated panel did not find evidence of widespread or systematic fraud in the balloting.

“I wanted to have the answers that I felt people were asking for and deserved,” McBroom said for a Detroit News story on the matter. “It was hard to get them. It was hard to dig into things.”

McBroom took an ugly, partisan beat down because of his work on the committee. Many conservatives condemned the committee’s findings in general and McBroom in particular. Even former President Donald Trump got involved, issuing a statement that claimed McBroom and fellow senate Republican Mike Shirkey were working to “hide the truth” about the election.

It was, of course, nonsense but that didn’t prevent the piling on — in Lansing and here in the Upper Peninsula. It was unfair, spiteful and 100% undeserved.

The Detroit News quoted Shirkey describing McBroom as “a man of great integrity and resolve.”

McBroom did the right thing when doing the wrong thing was the easy play. He stood up for honesty when many in this state and beyond did not.

Have we agreed with all of McBroom’s policy decisions? No. And going forward, it’s likely we will continue to disagree with the senator as matters arise.

On this issue, however, he earned our respect and support.

So what are your thoughts? Is the Senator worthy of these accolades?