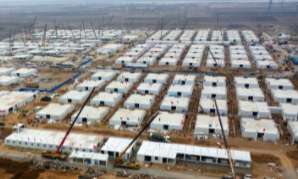 NEW YORK- I’m writing this article because this is a notice that we need to become more vigilant of what’s happening underneath our noses within our legislature and how they’re divvying up tyranny.

New York senator, N. Nick Perry has been pushing for this piece of legislation since 2015. His bill would give their governor and any designee of theirs to remove and detain anyone that may be a danger to public health. This includes individuals AND groups of people that are not only confirmed, but they can detain anyone that is suspect.

The current version of this bill, A416 would also include, but not limit to the commissioner or the heads of local health departments.

People that are detained will only be released only until the “Department” determines someone is no longer contagious, and from reading the bill, it will pretty much require an attorney and court hearings.

This bill will also allow the “Department” to require someone that’s been exposed or infected to take the prescribed course of treatment, including authorizing unlawful medication and vaccines.

Although the current bill and previous versions have not passed through any committee since 2015, it’s still worth keeping an eye one and still remains active.

You can read the bill HERE