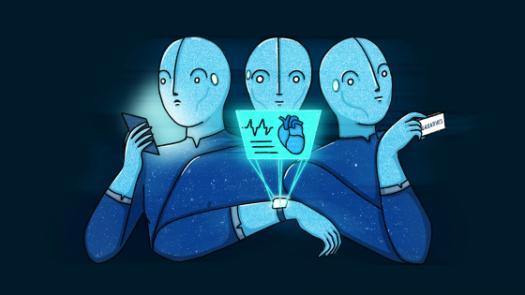 The Orwellian Nightmare is manifesting itself. 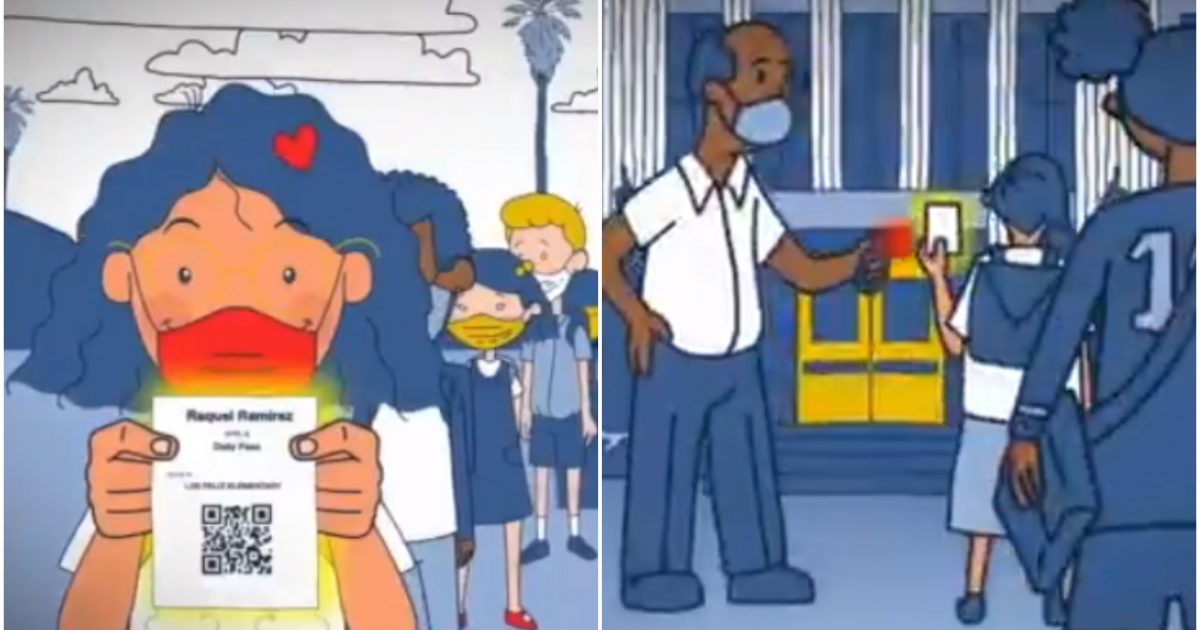 “There’s never been anything like this virus in our lifetime. Often, it’s hard to see the effects it’s having on our children,” the propaganda video states.

A kid’s voice is used to tug at the heartstrings of the viewer so they are more likely to comply with absurd mandates. California then introduced their new partnership with Microsoft, giving a massive globalist corporation access to a treasure trove of the biometric data from children – an apparent violation of the 4th Amendment of the U.S. Constitution – under the guise of safety.

“And, the moment vaccinations are available, you’ll simply be able to schedule yours through your daily pass. But the real magic is your daily health check. Just answer a few simple health questions everyday, and like magic, your entrance ticket appears,” the video adds.

The video then shows children being forced to comply with these invasive checks to be able to go to school, with folksy-sounding music in the backdrop to make the process of subjugation seem quaint and fun. A cheap emotional appeal involving children was placed at the end of the video to influence viewers broken by the cruelty of the scamdemic.

“So, how did it go?” the father asks the daughter in the video after picking her up from school.

“Dad, I have to admit I was scared at first, but then I felt so safe. It was so good to be back. Thanks for keeping me safe. I love you so much,” the daughter says in response.

The video can be seen here:

California is a dystopian nightmare. pic.twitter.com/5nWEarQNoa

Big League Politics has reported on the technological nightmares that are being inflicted on society by bureaucrats, scientists, communists, and other privileged elites at war with civilization and humanity:

The coronavirus pandemic is being used to escalate the push for Big Brother, and tech corporations are salivating at the opportunity to help enforce social distancing edicts with terrifying innovations.

The Intercept has reported on the push to slap FitBit-style bracelets onto people in order to track them and coerce their behavior. AiRISTA Flow, a tech firm based out of Maryland, is marketing bracelets that would beep whenever a person comes within six feet of another individual in the workplace.

“When people come within six feet of each other for a period of time,” the company wrote in a press release about their creepy and invasive device, “the device makes an audible chirp and a record of the contact is made in the AiRISTA Flow software system.”

The technology would also allow employers to track every violation of social distancing edicts committed by their workers. The workers could then be reprimanded, or even fired, based off of the information gathered by the device.

The Redpoint Positioning Corporation is developing similar technology to turn employers into quarantine enforcement brigades. They have announced that they are working on modifying “cutting-edge technology … already used by leading companies worldwide in third-party logistics, auto manufacturing, mine operation” to be used in the enforcement of social distancing edicts. They plan on tagging people and products in the workplace to allow employers to institute Draconian restrictions on the freedom of movement.

“If social distancing parameters, such as a 1- or 2-meter radius, are violated between workers, the tag alarm will alert them to the hazard,” Redpoint wrote in their press release.

“If an infection does occur, historical data from the system will allow for highly accurate contact tracing, as records can show the individuals who were near the infected party,” they added.

Israeli surveillance firm SuperCom is repackaging services that are used on criminals to enforce home confinement on ordinary people in the workplace. They are calling their service “PureCare,” and it is described as a “state-of-the-art solution for quarantine and isolation monitoring to aid government efforts in containing and limiting the reach of infectious diseases.” They claim it is “a non-intrusive patient friendly system that constantly tracks patient location within buildings, vehicles and outside.”

They noted in their press release that they have experienced a sharp increase in “government agencies looking to restrict the spread of COVID-19 among their general population” and anticipate “additional potential industry demand for electronic monitoring services coming from the incarcerated American population.”

SuperCom talks in a cavalier fashion about how their technology will be used to treat ordinary law-abiding citizens like criminals. They released a promotional video on YouTube boasting that the exact same type of technology used to track and control convicts will be used on regular people.

If these psychotic proposals are not defeated and the forces behind them not swiftly brought to justice, society could be on the cusp of the permanent realization of Aldous Huxley’s dark vision outlined in his 1932 dystopian novel, Brave New World.