Another COVID-19 Surge, Fauci Says Trump Should Tell Supporters to Get Vaccinated 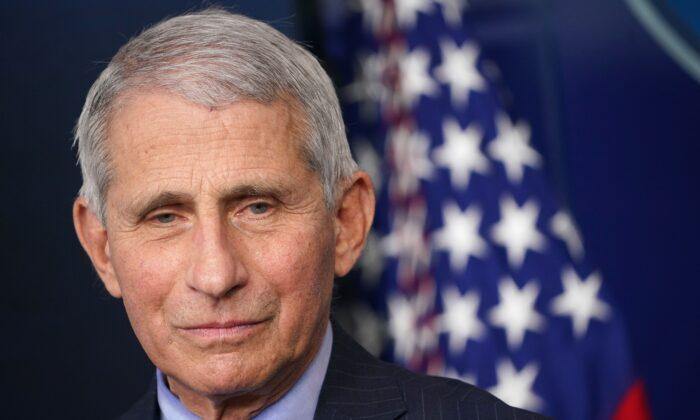 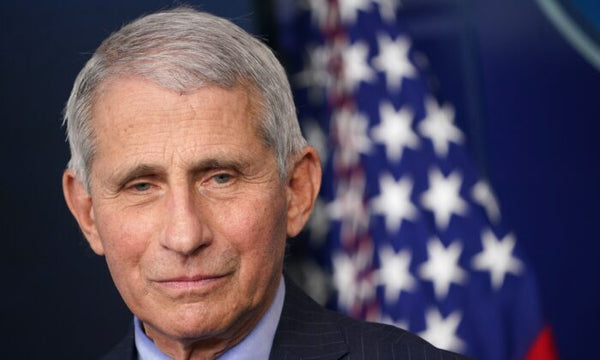 The United States could see another surge in COVID-19 cases, hospitalizations, and deaths if public health measures are pulled back prematurely, Dr. Anthony Fauci said Sunday, while also calling for former President Donald Trump to encourage his supporters to get a vaccine against the virus that causes the disease.

The country has seen a major decrease in cases and other metrics in the last several months but the number of daily cases has plateaued around 60,000 a day.

“We’re very pleased by the sharp decline that you’ve shown,” said Fauci, the longtime director of the National Institute of Allergy and Infectious Diseases and a top adviser to President Joe Biden. “But when you see a plateauing at a level of anywhere between 50 and 65,000 cases a day, that is absolutely no time to declare victory because we know from previous surges that we’ve had over the year that when you see that leveling off at a high level, there’s always a risk of a surge back up.”

The doctor pointed to the surge seen in some European countries and alleged the pattern in Europe often precedes that in the United States by several weeks.

“They had a diminution of cases, they plateaued, and they pulled back on public health measures. You see the pictures in the paper and on TV. They have opened the restaurants. They have opened some of the bars. The younger people particularly stopped wearing masks, and then, all of a sudden, you have a surge that went right back up. And that’s where we are right now. We can avoid that. We can avoid that if we continue to vaccinate people, get more and more protection without all of a sudden pulling back on public health measures,” Fauci said.

“We will do that. We will gradually be able to pull them back. And if things go as we planned, just as the president said, by the time we get into the early summer, the Fourth of July weekend, we really will have a considerable degree of normality.”

The Biden administration has ramped up COVID-19 vaccine distribution and administration and nearly 70 million Americans have received at least one dose as of March 14. Biden has projected people having the ability to gather with family and friends for July 4th if the current pace of vaccinations continue.

But Biden, Fauci, and other administration officials have urged Americans to refrain from engaging in many everyday activities, even if they’ve been vaccinated. For instance, people are being told to keep wearing masks and social distancing when out in public. 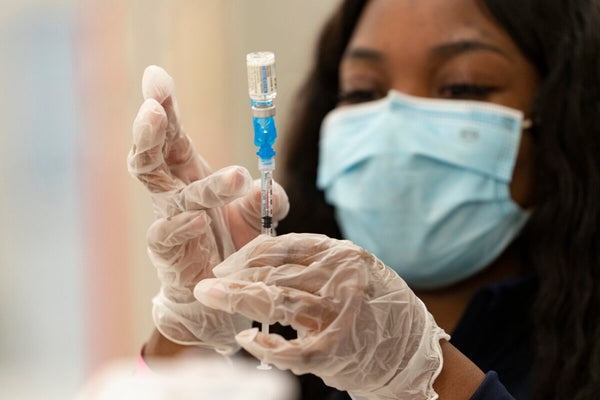 One of the concerns driving the advice is the variants of the CCP (Chinese Communist Party) virus, which causes COVID-19, cropping up, and there’s a possibility more variants emerge, Fauci said on Sunday. “Viruses don’t mutate unless they replicate. And replication means it’s spreading around in the community. If you can blunt that, you will be blunting the evolution of mutants,” he said. Another worry is a “major production glitch” among companies producing vaccines, he added.

A potential impediment to reaching herd immunity is a large number of Americans refusing to get vaccinated, according to some health officials. In a recent poll, 47 percent of respondents who identified as Trump supporters said they did not want to get a COVID-19 vaccine.

Fauci said having Trump tell supporters to get vaccinated would “really be a gamechanger.”

“He’s such a strongly popular person, I can’t imagine that if he comes out, that they would not get vaccinated. It would be very helpful for the effort for that to happen. I’m very surprised by the number of Republicans who say they won’t get vaccinated. I don’t understand where that’s coming from. This is not a political issue, it is a public health issue,” he said.

Trump told supporters at the Conservative Political Action Conference last month to “go get your shot” while talking about the vaccine, as he noted that it was under his administration that they were developed. He and First Lady Melania Trump received vaccines in January, a source told The Epoch Times.

People who say they won’t get a vaccine have cited concerns about side effects caused by vaccines, post-vaccination deaths, and the shifting advice from public health figures such as Fauci, who was speaking on Sunday during appearances on “Fox News Sunday,” CNN’s “State of the Union,” and NBC’s “Meet the Press.”

The doctor has been criticized for acknowledging he misled Americans on whether to wear masks because there was a lack of supply early in the pandemic. He has also changed his mind on what level of vaccinations are required for herd immunity and on whether people could travel while the virus spread.

Rep. Matt Gaetz (R-Fla.), noting that lockdowns of the type urged by Fauci led to widespread unemployment and a range of other negative effects, said during a recent appearance on Fox News that Fauci reminded him of a bad weatherman.

“When I was talking with [Florida] Gov. Ron DeSantis, he lamented that the problems that the CDC and Fauci have had really erode the trust that exists between the people and any public health officials,” he said.

“Think about it, any relationship that you’re in, if someone is constantly changing the rules, you trust them less. And you see Fauci and the CDC time and again moving the goalposts and the American people are fed up with it. Dr. Fauci sort of reminds me of every bad weatherman—frequently wrong, but never in doubt.”