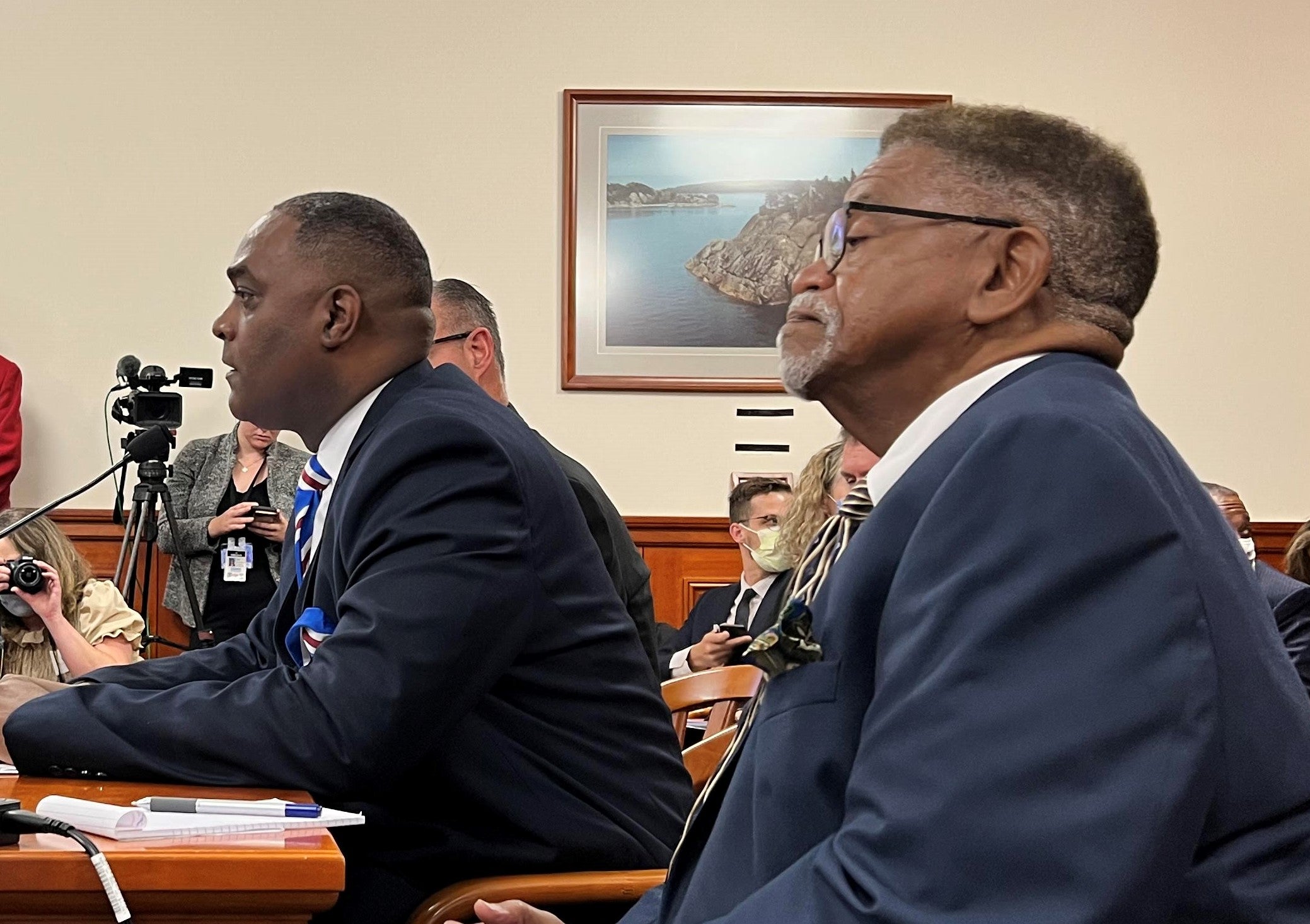 LANSING- In the House Oversight Committee Meeting this week, questions were asked in regard to the city water crisis in Benton Harbor. State and city officials do not seem to be entirely transparent about how long their city has been in crisis, although they refuse to call it that.

The night prior to the Oversight Committee meeting (10/20/21), a 20″ water main broke, leaving residents without water altogether. Officials were promising to have the main fixed later that day.

In the video clip below, you can see Chair Steve Johnson questioning Director Clark of EGLE on whether or not the water is safe to drink. She refuses to directly answer the question, yet Chair Johnson persisted:

Everyone that testified, stated that these issues started to become apparent in 2018. So I decided to do some research.

According to Benton Harbor’s water reports starting from 2014, the reports state going forward:

The growing problem with lead in Benton Harbor’s drinking water starts from the city’s 2014 report. This is the farthest back you can go on the city’s website. The 2014 report suggests to residents to flush their drinking water for 30 seconds up to 2 minutes if their water has been stagnant. The highest level of lead allowed in drinking water is 15. The 90th Percentile Detected in the table below is the percentage ABOVE the allowable level.

Some of these reports were VERY confusing, as there was lack of data, missing years of test results, and some horribly written copy-and-paste reports from year to year, especially 2019 and 2020.

Anything with an asterisk (*) in the table above is from lack of data or from a previous year’s report. I also looked into Benton Harbor’s city commissioner meetings and there is no data. I have the reports linked to each year above. What I can tell you in all of these reports, is the elevated lead levels refer to a corrosion of household plumbing.

Contrary to what previous reports are, Eric Oswald, Director of  Drinking Water and Environmental Health Division (DWEHD) stated a sanitary survey is done every 3 years. In his testimony, Oswald stated October of 2018 was the FIRST TIME THE ACTION LEVEL WAS EXCEEDED.

Oswald further states that they worked with the city to inject chemicals in the pipes for corrosion control, polyphosphate, which was initiated in March of 2019. Since this wasn’t very effective (see 2019 results above), the chemicals were upped in February of 2020. Oswald says it “takes awhile” for chemicals to take effect. That the DWEHD has worked with MDHHS on water filters for target populations.

But are filters and bottled water really the answer?

Marcus Muhammad, major and city councilman, stated during his testimony, that in May of 2018, the state granted the city of Benton Harbor $300,000 to replace 40 service lines. That this was a “$300,000 to fix a $30 million problem.” However, they did receive an additional $18.6 million involving Fred Upton in a bipartisan agreement with Lt. Governor Gilchrist and Governor Whitmer. Muhammad stated that the city received this money into their treasury on June 7th, 2021, however they need an additional $11.4 million in order to make Benton Harbor lead free over the next 18 months. See his testimony here:

Chair Johnson questioned to the mayor about what exactly has caused this pressing issue over the last 30 days, what caused this change, and the waiting of over 3 years seems too long to take action on a matter like this. “You may have potentially had children drinking bad water.”

We will continue to keep you posted on this matter as we get additional information.