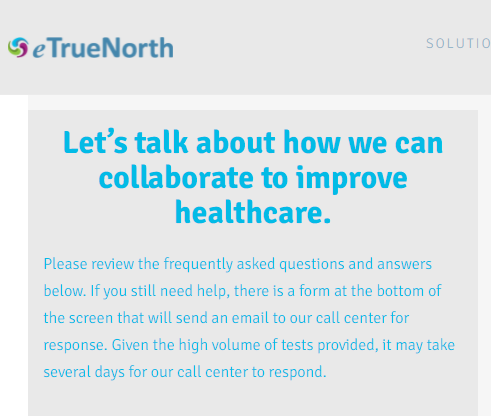 UNITED STATES- In a previous story from a couple weeks ago, we conducted an audio interview with Ramiro Rodriguez, who came forward to expose his experience with eTrueNorth and Covid-19 testing appointment scheduling.

A company employee was required to take and schedule a COVID-19 test in order to attend a business function. So he attempted to schedule it with Meijer, however, Meijer instructed Ramiro Rodrigues to schedule his appointment with a third party, eTrueNorth.  Ramiro had canceled his Covid-19 test, as he was tested and found negative a week prior at another pharmacy.

In the end, the employee was given a false positive test, for only canceling his appointment.  He was soon receiving calls from the Michigan Health and Human Services Department on how he was feeling, having been tested positive for COVID-19.

However he never got tested at the Meijer pharmacy site.

The company he scheduled with is called eTrueNorth, who is partnered with the U.S. Department of Health & Human Services to test millions of Americans for COVID-19. eTrueNorth is contracted to support COVID-19 tests, antibody tests and coordination of vaccine administration.

However, eTrueNorth is a branch of Ameriprise. Michael McEntee is chairman and chief science officer of eTrueNorth and also a private wealth advisor of Ameriprise. See the eTrueNorth website’s Talledega Superspeedway vaccine event propaganda here: 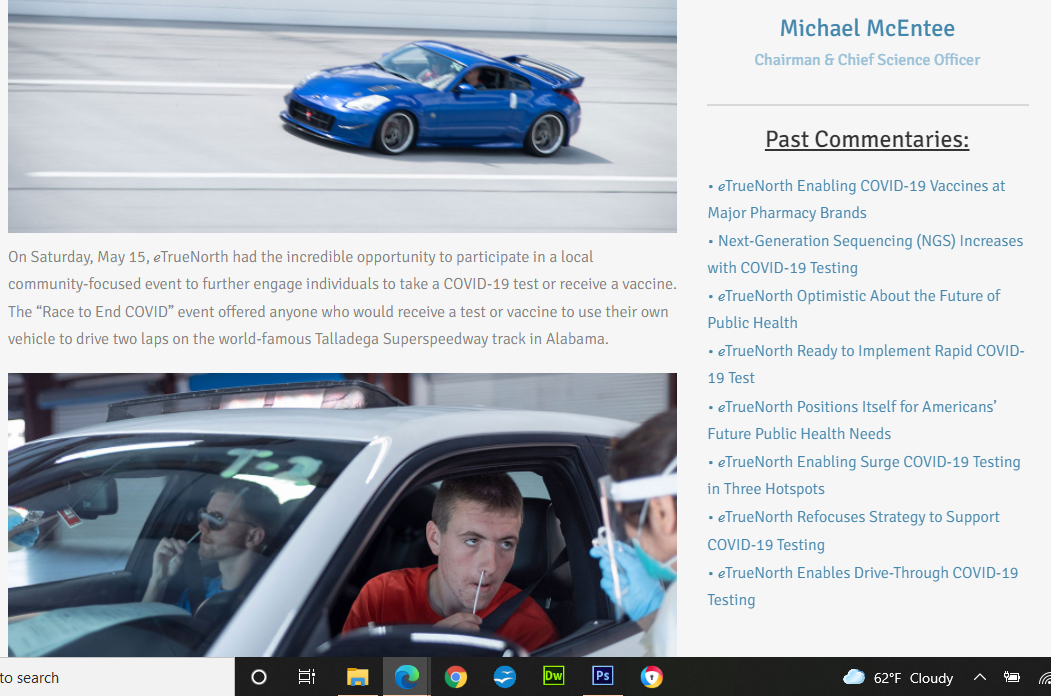 In turn, Columbia Threadneedle Investments is a subsidiary of Ameriprise Financial, Inc.

Ameriprise is owned by Columbia Threadneedle Investments, a Boston-based asset manager with $593 billion in assets under management.

In this article, Columbian Threadneedle says this company is attractive because of the following:

There are four primary forces that should make Japanese equities desirable for international investors going forward, Nomoto, who is global head of Japanese equities at Columbia Threadneedle Investments. First, a rising vaccine rate now puts Japan on equal if not better footing than other countries, including the United States.

Second, valuations for Japanese companies remain inexpensive, especially considering the financial health of these companies. “Net cash is two times higher than in the U.S. equity markets,” he said. “Companies both listed and unlisted are hoarding approximately 200 trillion yen on their balance sheets, which is about 40% of the nation’s GDP. They have huge amounts of cash ready to be put to work.”

So do you really think these people have our best interest? Comment down below!