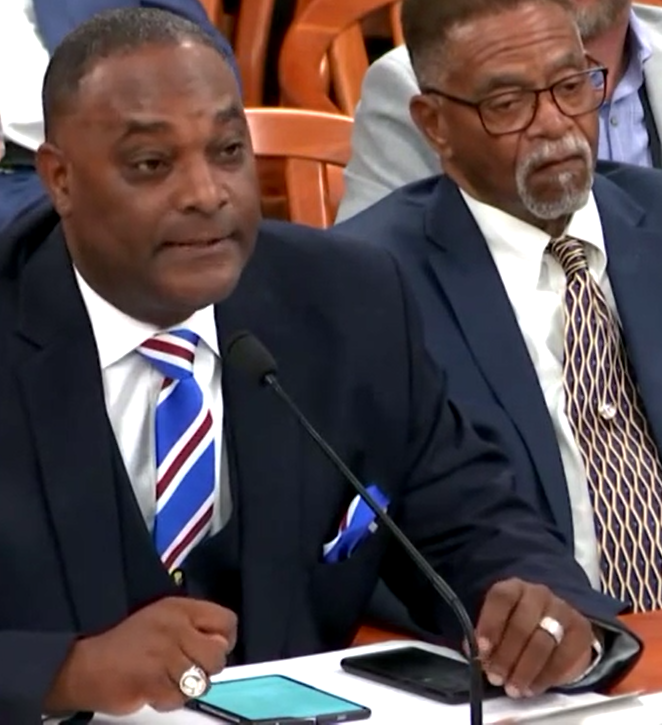 BENTON HARBOR- The citizens of Benton Harbor have filed a second federal lawsuit seeking class status against their mayor, the Governor, and the Michigan Department of Environment, Great Lakes and Energy (EGLE) for the conditions of their drinking water containing lead.

Below is testimony from Mayor Marcus Muhammad before the House Oversight Committee last month.  “My good friend Fred Upton, and the EPA. Uh, we stand at $18.6 million and your benevolent bipartisan agreement with governor Whitmer brought us to that point.” “However I would petition the government, state government, that we need $11.4 million minimum to be able to say in 18 months hopefully that the city of Benton Harbor is lead free.” He stated that the State should have contacted them about their problem. Wait what? How was the House Oversight Committee supposed to know about their water problem? Muhammad stated the money was deposited into the City’s treasury back in June, but WHY hasn’t any work started?

The director of Michigan Department of Environment, Great Lakes, and Energy (EGLE), Liesl Eichler Clark testified that the water was not safe to drink after several attempts by Chair Steve Johnson to get a straight answer:

City officials declared a local state of emergency only 2 days prior to this hearing, and citizens were still drinking and using the water, unaware of just how harmful the water was.

Eric Oswald, Director of  Drinking Water and Environmental Health Division (DWEHD) stated a sanitary survey is done every 3 years. In his testimony, Oswald stated October of 2018 was the FIRST TIME THE ACTION LEVEL WAS EXCEEDED.