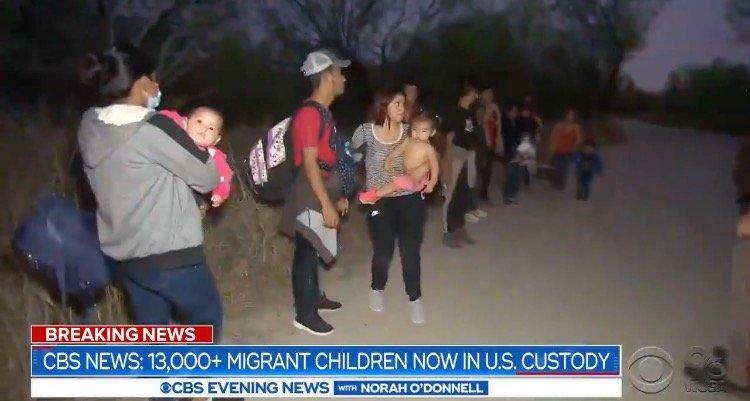 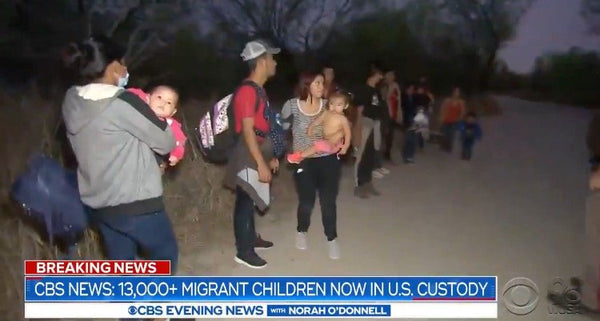 Joe Biden and the DHS have been hiding the real number of unaccompanied illegal alien minors being held in border facilities from the public.

Reporters have repeatedly asked Jen Psaki and the DHS just how many minors are currently in cages at the US-Mexico border and they refuse to answer.

Reporters have also been blocked from touring the migrant facilities.

CBS News reported on Tuesday that according to their sources, more than 13,000 migrant children are now in US custody.

On Monday that number was reported to be 4,200 so the border crisis is much worse than we thought.

Joe Biden’s DHS Chief Alejandro Mayorkas threw gasoline on the border crisis on Tuesday and announced he is opening the doors for more migrants and expanding the Central American Minors program.

More than 100,000 illegal aliens were detained crossing from Mexico in February because of Joe Biden’s disastrous immigration policies.

The Biden Admin is holding thousands of illegal alien minors in “jail like” stations where they can only bathe once a week and are reportedly not allowed to call their parents.

When asked if he has any plans to travel to the southern border, Biden said, “Not at the moment.”

Reporter: “Do you have any plans to travel to the southern border?”

President Biden: “Not at the moment.” pic.twitter.com/Sw5oIj5vKf

2021-03-17
Previous Post: This is Today’s Big Media – Sick, Dishonest and a Horrible Joke Like in a Garbage Regime
Next Post: House to Vote on 2 Bills That Provide Citizenship Path to Illegal Immigrants