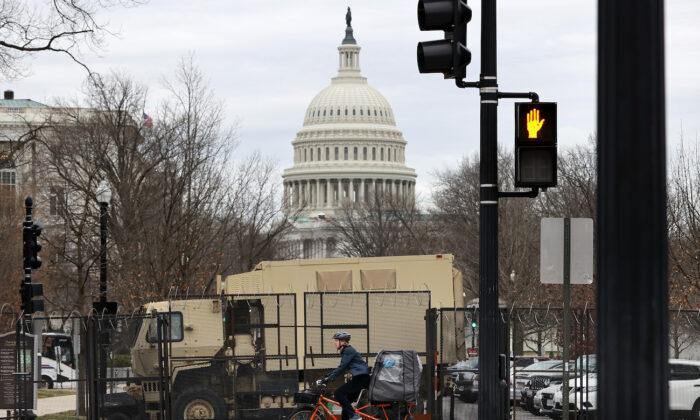 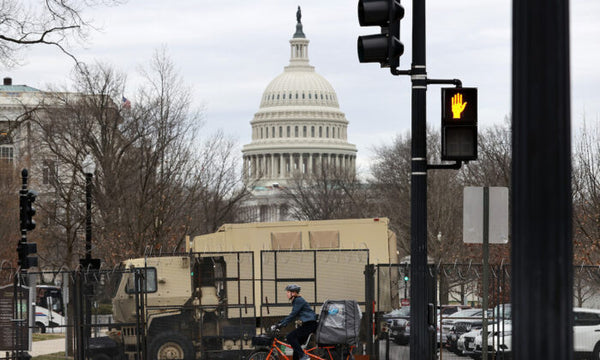 The Democrat-controlled House of Representatives is set to vote on Thursday on two immigration bills that would provide a citizenship path for illegal immigrants, and legal status for immigrant farmworkers.

House Democratic Leader Steny Hoyer (D-Md.) told reporters that the House would take up the two immigration bills on Thursday after they cleared a procedural hurdle on Tuesday.

Neither bill was taken up in the Senate when it had a Republican majority. With Democrats now holding narrow control of the upper chamber, they hope to be able to attract some Republican support.

The American Dream and Promise Act would offer a pathway to citizenship to those who entered the country illegally as children and are currently living in the United States, also known as “Dreamers.” The same bill would also help immigrants in the country who received temporary migration protections. The bill is sponsored by Rep. Lucille Roybal-Allard (D-Calif.).

An estimated 4.4 million illegal immigrants could become eligible for permanent residence if the bill is passed, according to the Migration Policy Institute. In 2019, seven Republicans joined 230 Democrats in the House in voting for the bill.

The other immigration bill, the Farm Workforce Modernization Act, would provide illegal immigrant agricultural workers a path to legal status, and make the H-2A guestworker program more flexible for employers. The bill is sponsored by Rep. Zoe Lofgren (D-Calif.) and has a Republican co-sponsor, Rep. Dan Newhouse (R-Wash.). It passed the House in 2019 with the support of 34 Republicans.

Hoyer said on Tuesday: “These two bills are not the fix, but they are [a] fix to part of the problem. But we need to pass comprehensive immigration reform and we’re going to do so in the coming months.” 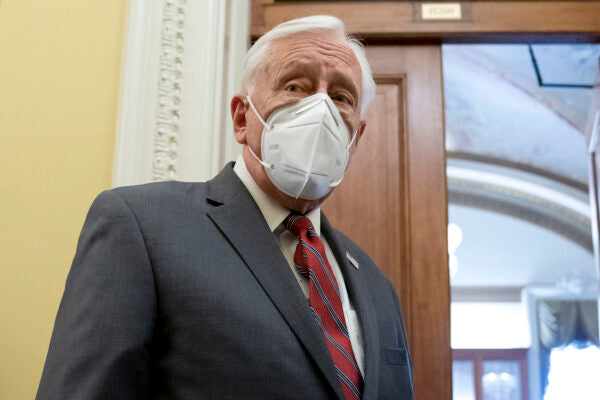 Rep. Tom McClintock (R-Calif.), ranking member of the House Judiciary Sub-Committee on Immigration, said on Tuesday that the two bills are “implicitly promising the next generation, all they have to do is get here and their turn will come.”

The two bills each address portions of a larger, radical immigration reform bill that Democrats formally introduced last month in both the House and the Senate with the support of President Joe Biden—the U.S. Citizenship Act of 2021.

This bill models closely Biden’s sweeping proposal he sent to Congress on his first day in office. It would provide an eight-year pathway to U.S. citizenship for an estimated 11 million illegal immigrants in the country. Its lead sponsors are Sen. Bob Menendez (D-N.J.) and Rep. Linda Sanchez (D-Calif.).

The bill does not offer any enhanced border security, which past immigration negotiations have used as a way to win Republican votes. The bill would need the support of at least 10 Republicans in the Senate to pass.

Sen. Dick Durbin (D-Ill.), the Senate’s No. 2 Democrat, said on Monday that he doesn’t believe that the Biden-backed bill would have enough backing in either chamber. But he promised that the House would eventually pass a more far-reaching immigration reform plan.

Sen. Lindsey Graham (R-S.C.), one of the leading Republicans in past talks on immigration, said that he believed bipartisan progress on immigration legislation would be “much harder” amid a surge in illegal immigrants at the U.S.-Mexico southern border.

Graham called the U.S. Citizenship Act of 2021 a “non-starter,” in part because it had “almost no border security.”

He also expressed that the piecemeal approach of the American Dream and Promise Act would need to include “some border security provisions that would show people that if you legalize to Dreamers or TPS [temporary protected status] or any other group that you’re doing so much terms not to continue to incentivize the flow.”

Illegal border crossings hit more than 100,000 in Biden’s first full month in office. Another 26,000 people evaded capture. The situation has sparked the reopening of shuttered border facilities to house a surge in unaccompanied children, and the designation of a convention center in Houston to hold up to 3,000 immigrant teenagers. Homeland Security Secretary Alejandro Mayorkas said on Tuesday the country is “on pace to encounter more individuals on the southwest border than we have in the last 20 years.”

Republicans say the surge in immigrants is due to Biden’s reversal of former President Donald Trump’s immigration and border policies, including halting border wall construction and reinstating catch and release, where illegal immigrants are allowed into the country while waiting for their asylum claims to be heard.

Republicans also alleged cartels are taking advantage of the lax border policies by ferrying unaccompanied minors and other immigrants to the border.

Sen. Ted Cruz (R-Texas) told a reporter on Capitol Hill on Tuesday that the Biden administration “in effect, issued an invitation for unaccompanied children to come to this country.”

“That has resulted in an enormous surge of unaccompanied minors, being handed over to the custody of human traffickers who are violent transnational criminals, who engage in physical abuse and sexual abuse of those kids,” he said.

But Democrats say the influx is caused by pent-up demand that built because of Trump’s restrictions.

House Speaker Nancy Pelosi (D-Calif.) said on Sunday that the incoming surge of migrant children was a “humanitarian crisis” that was exacerbated by immigration policies issued under Trump.

House Minority Leader Kevin McCarthy (R-Calif.) told reporters during a trip to the border on Monday that the situation is a preventable “human heartbreak” that was enabled by the Biden administration.

Biden should travel to the border and talk to agents, McCarthy added.