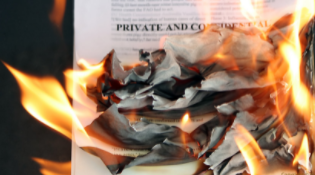 LANSING- Thursday’s upcoming House Oversight Committee will be hearing testimony from the City of Port Huron Regarding Conduct of MIOSHA and the Burning of State Documents.

As we previously covered a few months ago, a Detroit News report claims that an employee of Gov. Gretchen Whitmer (D) who works for the Michigan Occupational Safety and Health Administration (MIOSHA) admitted to burning public documents in a deposition. MOISHA was attempting to fine the city of Port Huron for violations under some of Whitmer’s COVID-19 mandates, which have now been rendered unconstitutional.

The House Oversight Committee meets every Thursday at 10:30am in the House Office Building in downtown Lansing.