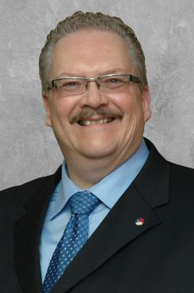 GENESEE COUNTY- Commissioner Mark Young who resigned his position as Genesee County Chairman officially at the end of December 2021 is now surrounded by accusations of sexual harassment of another commissioner.

At the Genesee County Commissioner’s meeting, the board took up public comment in which a couple of constituents spoke out of the allegations. “The public knows (Commissioner) Young sexually harassed another commissioner.
I don’t know if that’s considered to be against the law, but it’s highly unethical. I’d like to know the results of the investigation. Why was it covered up?”

You can watch the Genesee County’s YouTube page with the 4-hour video in its entirety HERE. Earlier today, the video was cut down to the last 43 minutes, in which the video starts in the board’s interview with James Avery (Photo below YouTube). 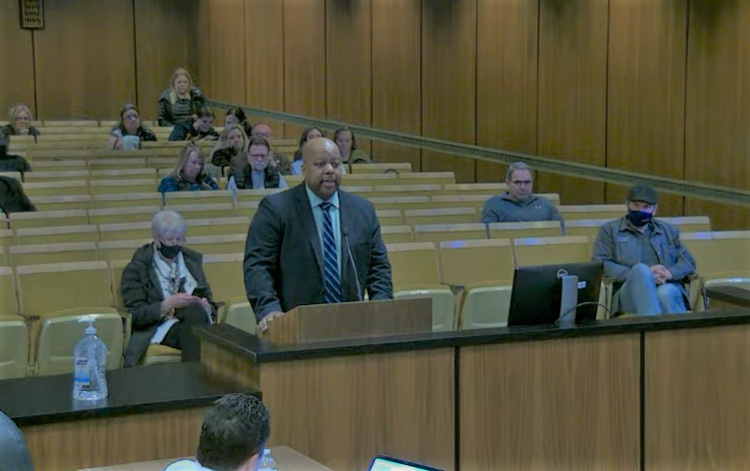 The commission silently brushed all of this aside from the public and took applications to replace Young’s term until the end of 2022. The 5th District includes Atlas Township, the City of Grand Blanc and most of Grand Blanc Township.

Applicants had until Dec. 30 to return their letters of interest and resumes to the commission. Commissioner Shaun Shumaker of District 6 argued that between the holidays and work schedules, there wasn’t ample time to review and vet the potential applicants.

The commission went ahead and pushed forward in favor of a vote, however after 5 rounds of voting the vote was inconclusive. The voting process has been postponed until January 12th at 9am, where the commission will come together for another vote. According to state statutes, if the commission cannot come to a decision within 30 days, there will be a special election in which the constituents will decide who will fill the vacancy.