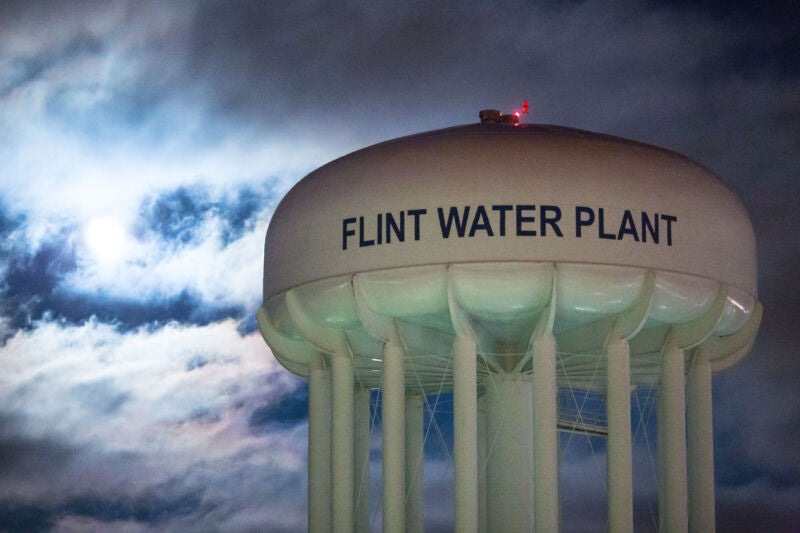 Residents of Flint, Michigan, began complaining in 2014 that their water tasted bad, smelled foul, and came out of the tap discolored. The city had switched water supplies to save money, and in the process, the city and state failed to add anti-corrosion chemicals to the new supply. Flint’s aging pipes began to poison its residents. People suffered rashes after bathing, children were exposed to high levels of lead, and at least a dozen people died from Legionnaires’ disease.

Residents, pediatricians, and pastors sounded the alarm, but it wasn’t until they sued the city and state that a federal judge ordered bottled water to be delivered to every affected home.

In the intervening years, though, up to 20,000 children were exposed to potentially dangerous levels of lead. In some neighborhoods, the percentage of children who suffered from lead poisoning tripled.

As we reported earlier:

Now, a judge has approved a settlement that will distribute $626 million to people affected by the avoidable disaster. Lead poses the most risk to children, particularly young children whose nervous systems are developing rapidly. Eighty percent of the net settlement will go to residents who were younger than 18 when they were exposed to the tainted water, and a majority of that sum will go to children who were six years old or younger. Another $35 million will be set aside for minors who for whatever reason do not file claims immediately, giving them until they are 19 years old to do so.

“The settlement reached here is a remarkable achievement for many reasons,” Levy said in the lengthy opinion. Most notable, she said, was the fact that everyone affected by the crisis will be covered in the settlement, regardless of whether they were represented in the class action or brought their own lawsuits. Levy said the matter of attorney fees “will be addressed in a separate opinion and order.” Attorneys have asked for around $200 million in fees for some 182,000 hours of work. 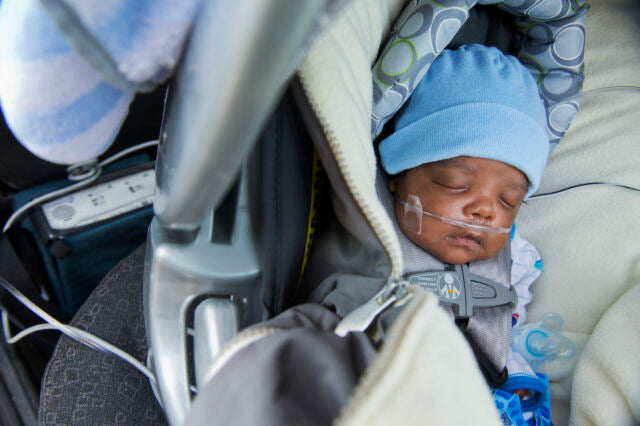 Taylormatthias Wilson-Williams, 2 months, is pictured outside of a water distribution area at the St. Mark Baptist Church in Flint, Mich., on February 23, 2016. He was born 12 weeks premature, and his mother, Tiantha Williams, believes the complication was related to her home’s contaminated drinking water. He must use a heart monitor and breathing machine.

“The portion of the $626.25 million settlement to be paid by the state of Michigan is one of the largest settlements in the state’s history,” Levy pointed out. The city of Flint, an engineering firm, and a hospital where many cases of Legionnaires’ were contracted will pay about $26 million, and the state will cover the rest. Residents will be eligible if they have elevated lead levels in their blood or bones or if they suffer from cognitive problems that can be traced to lead.

The Flint water crisis was among the worst of its kind in recent history. The city has about 95,000 residents, and some 18,000–20,000 were children and adolescents during the crisis. It began on April 25, 2014, when the city’s water supply was switched to the Flint River to save $5 million a year. Though the previous source had been treated with corrosion inhibitors that maintain a protective scale on the inside of lead pipes, officials from Gov. Rick Snyder’s administration decided against adding the inhibitors, even though the practice was mandated by the Environmental Protection Agency for cities over 50,000 people.

Adding the treatment would have cost about $80–$100 per day, and officials apparently never intended to do so—they didn’t even install the equipment needed to add the compounds. It didn’t take long for the scale to corrode and the water to turn brown and become laced with lead.

Former Gov. Rick Snyder and eight others have been charged with crimes related to the Flint water crisis. They have all pleaded not guilty.

Earlier this year, President Joe Biden made it a priority to replace existing lead water pipes throughout the US. The $1 trillion infrastructure bill that recently passed in the House of Representatives dedicated $15 billion toward the effort.

2021-11-15
Previous Post: Senator Tom Barrett Announces Run For Congress
Next Post: What’s Going On With The Grassroots And The Forensic Audit?