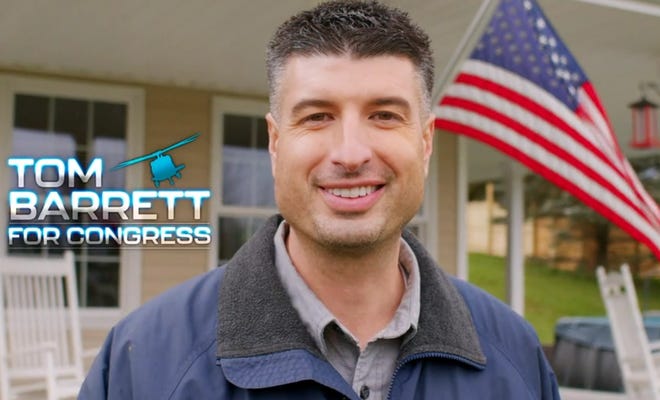 U.S. Rep. Elissa Slotkin, D-Holly, is expected to run for reelection in the Lansing-based district that’s being drafted by the state’s new redistricting commission. That’s also where Barrett, who has represented areas surrounding Lansing in the state Legislature, will campaign.

In a video posted on Facebook Monday morning, Barrett, 40, spoke out against President Joe Biden’s COVID-19 vaccination requirements for military members, said he’s leaving the Army after 21 years of service and announced he’s running for the U.S. House in 2022.

“My next deployment is Washington, D.C.,” Barrett said in the video.

Barrett’s announcement focused on federal vaccine policies, saying every soldier and every American should have the “freedom to make that choice for themselves.”

“I am running to put an end to this invasion of our constitutional rights,” the state senator said, “to stand up for those afraid of losing their career or struggling to put food on the table in Biden’s economy.”