Manchester Students Speak Out Against Tyranny 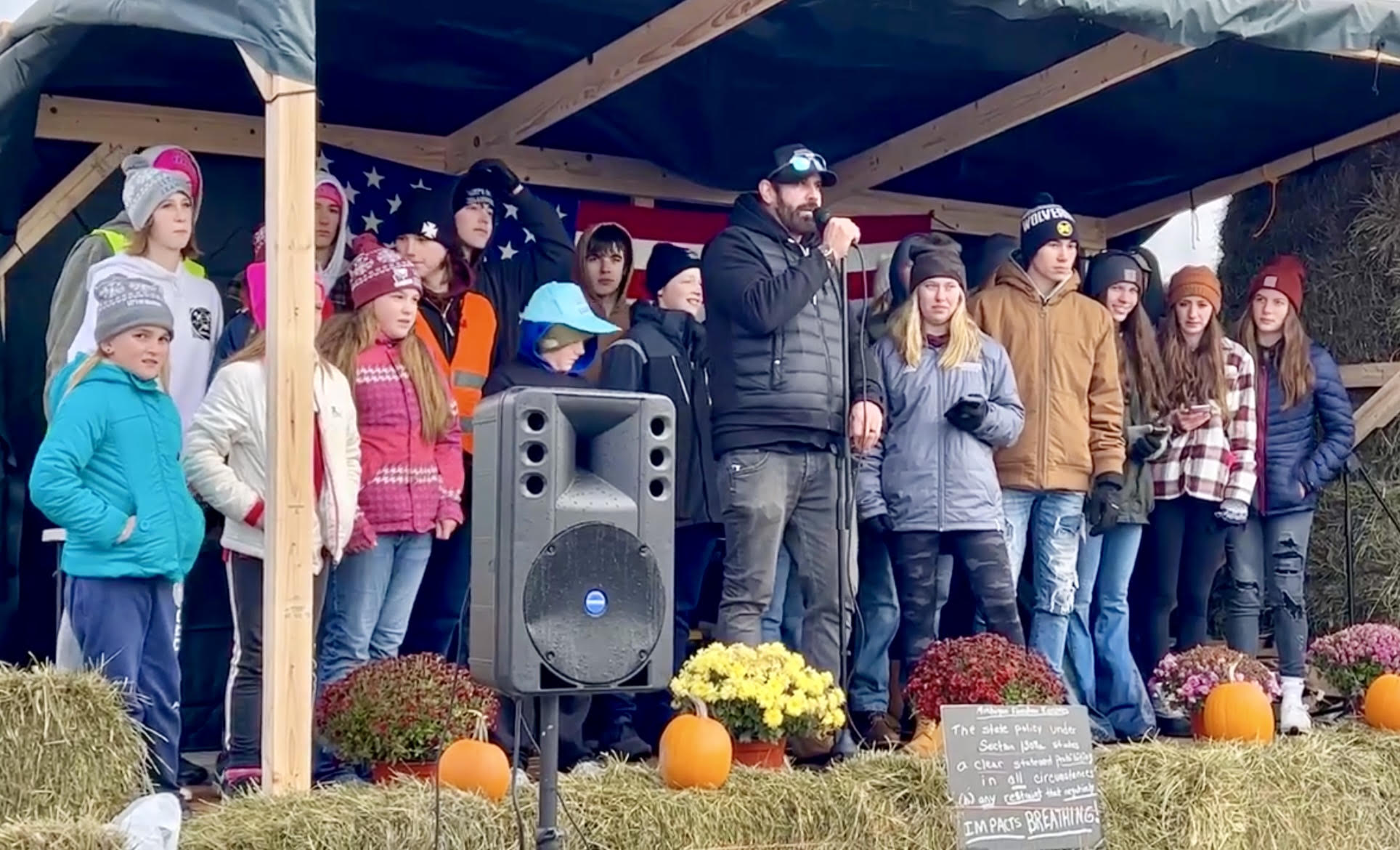 MANCHESTER Michigan, USA– This weekend, an event was held at Manchester High where students spoke out against mandates and the unfair segregation in their school.

The Manchester students have gone viral after a TikTok video showing high school students walking into school on their first day back from summer break, unmasked, as teachers and school officials attempt to deny their entry. The video is known worldwide and continues to give inspiration and courage to others to stand up for their freedom and God given rights.

These kids have been labeled as “anti-maskers.” Their friends and people that they used to look up to have alienated them, targeted them, tore them down, and called them names. When in the past, these “friends” have told them in the past to stand up for themselves, be courageous, and to be kind and respectful.

Maxwell Woods, a junior at Manchester High spoke about their first day as they were entering the school. “We were told to wear a mask, we didn’t listen.” Once they walked into the school, Woods said they waited around inside the halls for about 30 minutes, then were segregated into the library. “A whole day of learning down the drain but yet the teachers are like, “You need to put a mask on in order to learn.” What sense does that make?”

Woods continued by stating the teachers had made seating charts segregating them. The masked and vaccinated students were separated from the unmasked and unvaccinated by an entire empty row of seats. Not only that, but parents are speaking negatively about them on social media. “You’re adults, and you attack kids.”

Junior Maggie Stewart stated although she’s young, she’s not ignorant. “Maybe this isn’t about protecting you and me, it’s about controlling us. I want the choice to know what to do with my body. I don’t choose fear, I choose freedom.”

Most if not all of these students have been written up and kicked out of class for either not wearing a mask or not wearing it properly. All they want is the option and freedom and choice, and they refuse to be silent any longer.