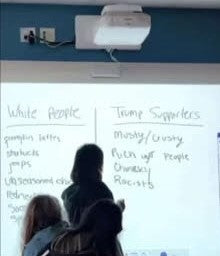 Grand Blanc, MI – A student took a photo, while attending class, of a teacher singling out white people and Trump supporters. This image has been circulating like wildfire on social media, and we are currently trying to obtain more specific details.

UPDATE: The principal, Michael Fray sent out a mass email to parents. The email states that the photo of the whiteboard notes was from a discussion students were having about implicit bias and stereotypes, that there were other categories on the board, but not in the photo. Take a look at the email for yourself: 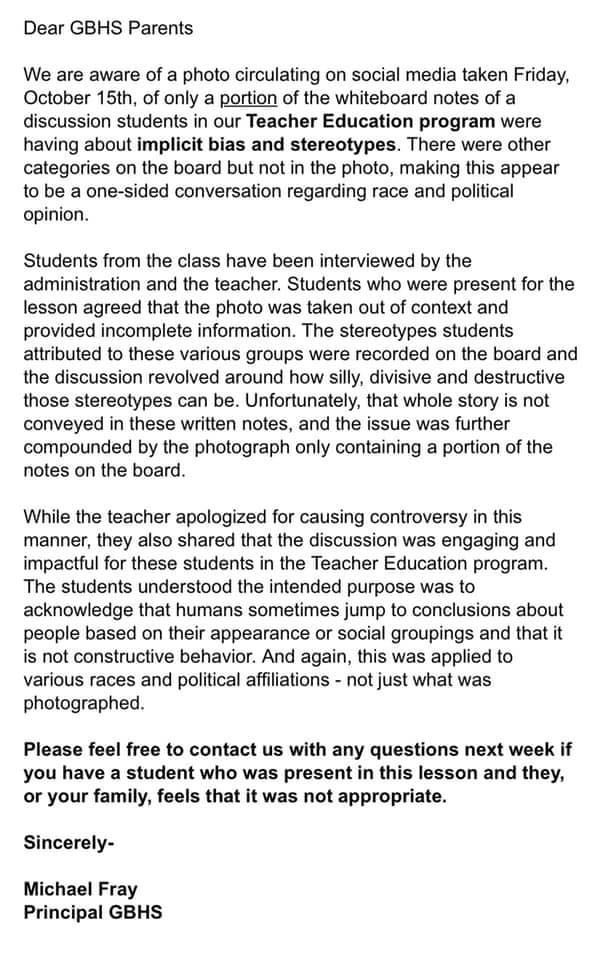 We found out the teacher’s name is Holly Avery, who is a liaison for the school’s Diversity, Equity, and Inclusion (DEI) program.

What do you think about this? Is the school in panic mode? Post in the comments below!

Testimony is being gathered as we speak. Us Against Media will continue to keep you posted on this matter. 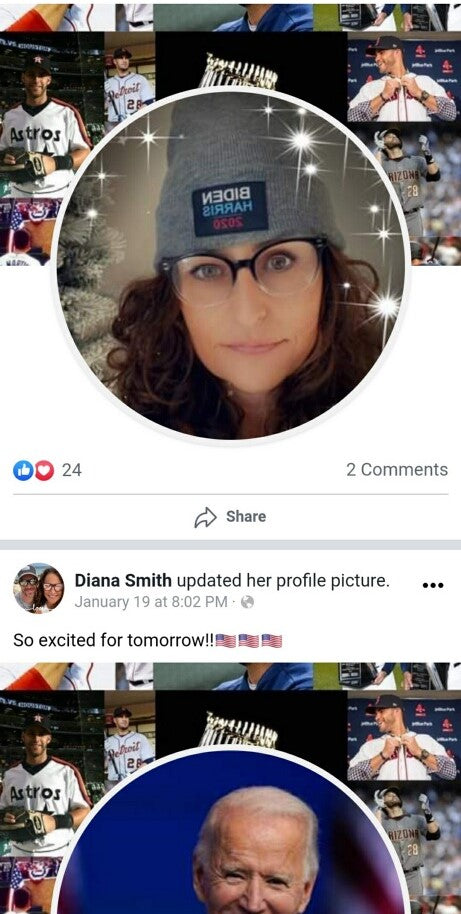 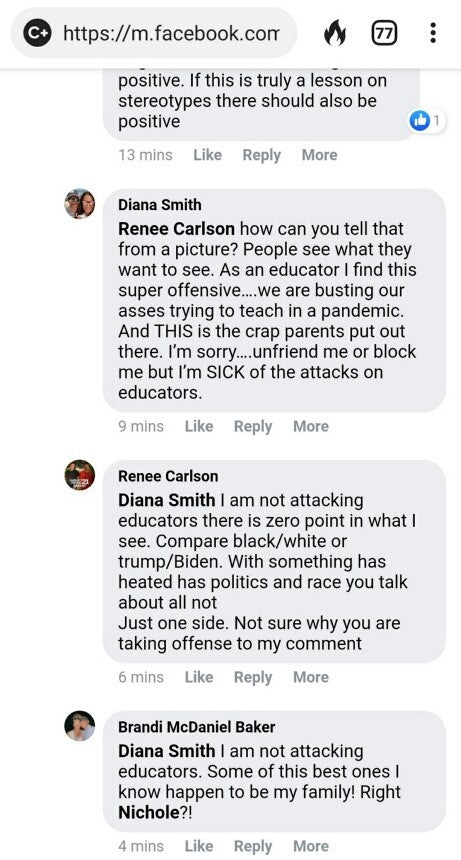 We reported previously, about Antifa Ideology being taught by a Grand Blanc high school teacher, who likes to wear makeup.   You can read more about that here: 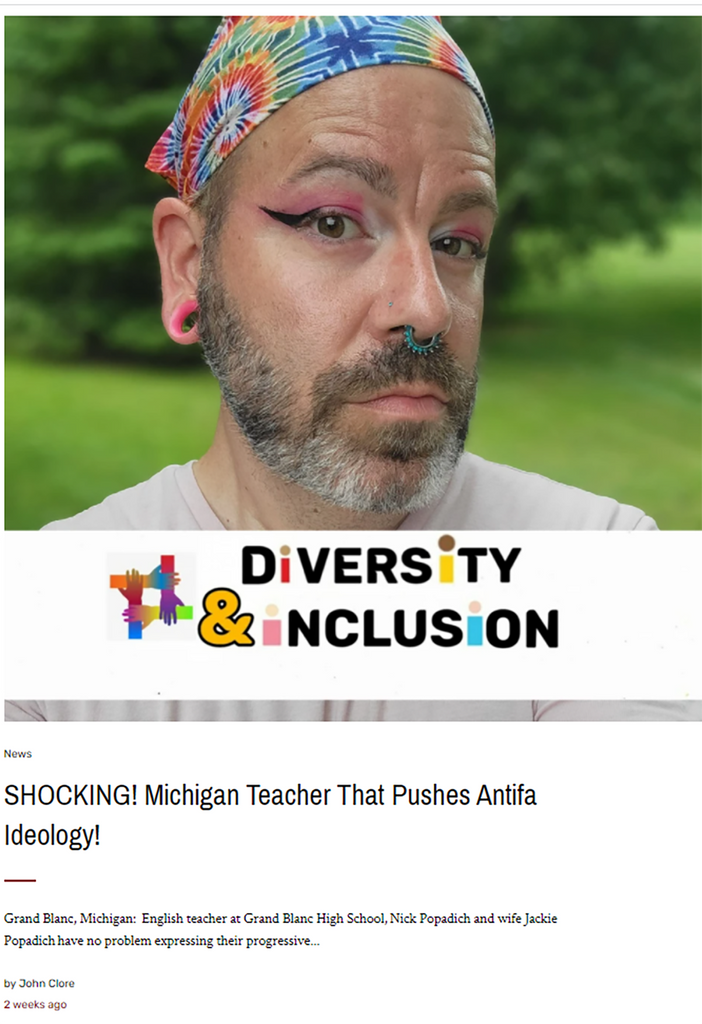 Because of our story above, Nick Popadich (Grand Blanc high school teacher) was ordered to remove all homosexual flags and Antifa symbols from his classroom!

So why is it okay for a superintendent in Grand Ledge to be unlawfully fired for stating on social media, “Had George Floyd been a lawful citizen, this would have never happened.” but it’s okay for teachers to post hate and teach whatever they want in their classrooms?

The superintendent is currently investigating the situation. Will keep you posted as we get more information.