In Case You Missed It, Obama Gives McBroom Props! 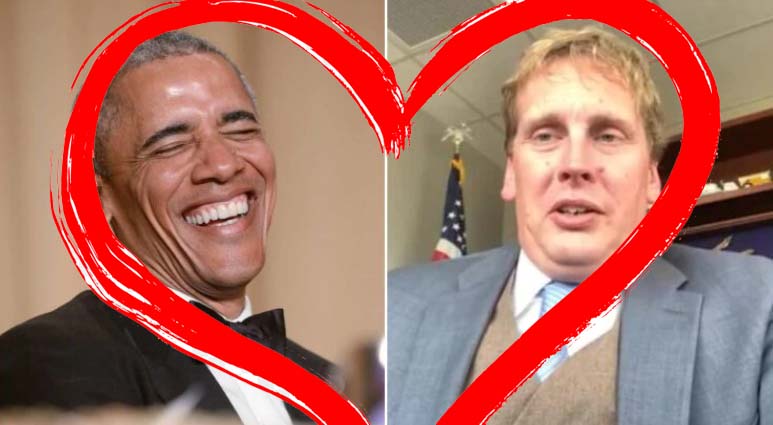 LANSING- This past July, Big League Politics wrote an article about Barack Obama giving Senator McBroom props for reinforcing the stolen election as “fair” in the state of Michigan. 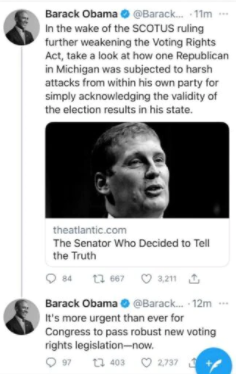 “McBroom led the Senate Oversight Committee sham hearings last year where he abused his authority to attack vote fraud whistleblowers who were courageously giving their testimony. When that didn’t work shut them up, McBroom worked with Democrats and RINO Republicans on a report that set the basis for whistleblowers and their advocates to be punished in some manner under the law by vindictive LGBT attorney general Dana Nessel.”

Not only that, but Senator Lana Theis (R) also signed onto McBroom’s report and is now featured in featured prominently in Democrat campaign ads to demoralize Republicans in the state, the article states: 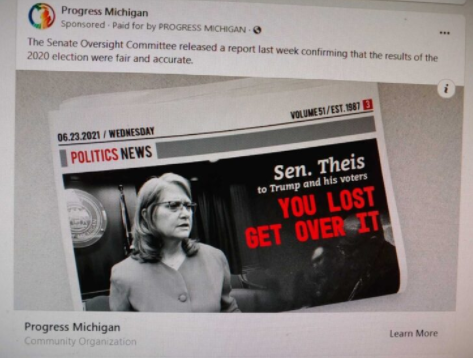