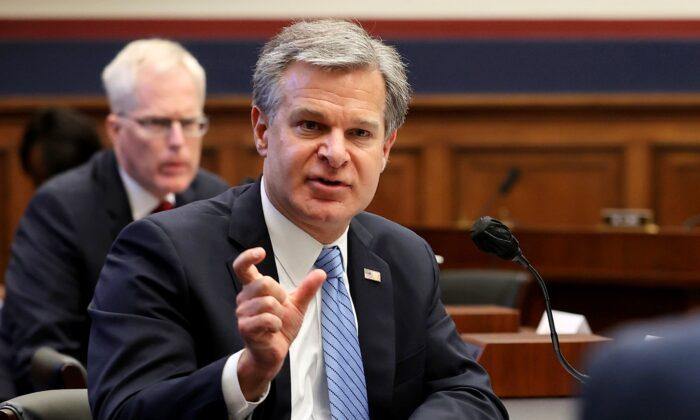 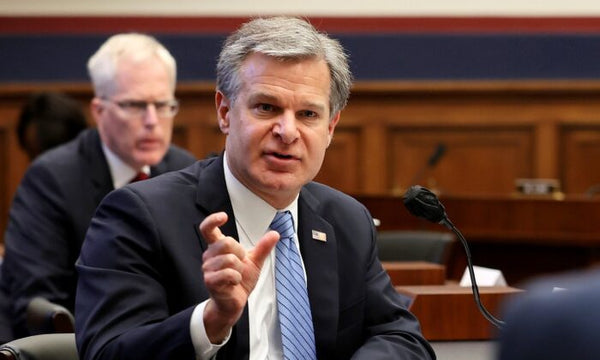 FBI Director Christopher Wray described the breach of the Capitol on Jan. 6 as “domestic terrorism” during a Senate panel hearing on Tuesday.

“It’s got no place in our democracy and tolerating it would make a mockery of our nation’s rule of law,” Wray told senators. “That siege was criminal behavior plain and simple and it’s behavior that we—the FBI—views as domestic terrorism.”

The FBI, however, did not have credible threat reports of a pre-planned attack on the U.S. Capitol on Jan. 6, he told lawmakers. Wray and other law enforcement agencies have faced criticism and questions for why authorities were so unprepared for the breach.

They Have Betrayed the Constitution – Overwhelming Evidence of FBI Corruption
March 1, 2021 —       The American people, regardless of political affiliation, should be bellowing a primal scream of outrage in light of the new evidence–overwhelming evidence at that–of the FBI’s corruption. I…

The acting chief of the Capitol Police said that a Jan. 5 report from the FBI was handed to investigators in the police force and to the agency’s intelligence unit but wasn’t sent up the chain of command.

In the hearing, Wray continued to say that so far, 300 people have been arrested by the FBI and other law enforcement agencies. More people are being charged with crimes related to the Capitol breach nearly every day, he added.

“January 6th was not an isolated event,” the FBI chief remarked. “The problem of domestic terrorism has been metastasizing.” Wray cited alleged “militia violent extremism” as well as “racially motivated violent extremism.”

Several people died in relation to the Jan. 6 protest, including supporters of former President Donald Trump and Capitol Police officer Brian Sicknick, who died the next day. Early reports from the New York Times and other outlets claimed Sicknick was killed by a Trump supporter armed with a fire extinguisher before those reports were updated or retracted. Sicknick’s mother told news outlets last month that she believed he may have suffered from a stroke.

Wray told senators that in the midst of an FBI investigation, Sicknick’s cause of death has not yet been determined.

And for whether there were foreign actors involved, Wray told senators that “it’s possible, but we haven’t seen any evidence of that.”

As the congressional push to root out alleged domestic extremists explands, more than 150 human rights organizations called on Congress not to expand the proposed expansion of terrorism-related legal authority.

“We urge you to oppose any new domestic terrorism charge, the creation of a list of designated domestic terrorist organizations, or other expansion of existing terrorism-related authorities. We are concerned that a new federal domestic terrorism statute or list would adversely impact civil rights,” said the Leadership Conference on Civil and Human Rights in a letter to Congress several weeks ago.

Former New York Times journalist Glenn Greenwald issued a more dire warning in mid-January, saying that the war on domestic extremism could “essentially criminalize any oppositional ideology to the ruling class,” adding that “there is literally nothing that could be more dangerous, and it’s not fear-mongering or alarmism to say it.”

Speaking to Fox News, Greenwald said he hopes the crackdown will expose the mistaken view “that the way to understand Washington is Democrat versus Republican, and that you side with one team and believe they are on your side in defending your interests, and the other team is your enemy.