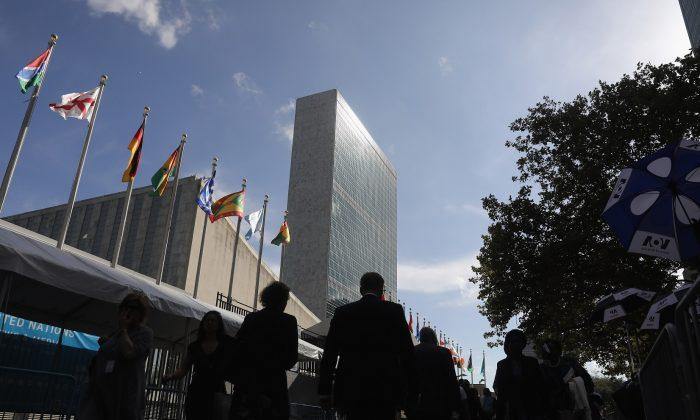 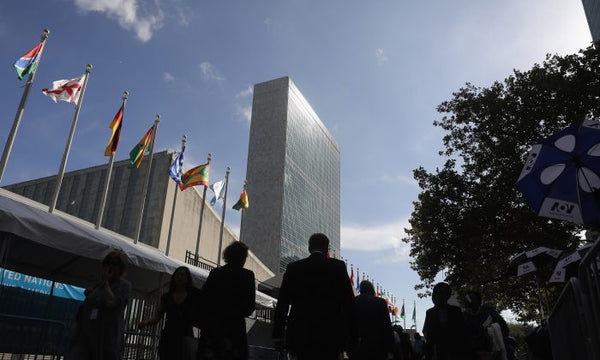 Leaked emails prove that, contrary to United Nations denials, UN human-rights officials did in fact give the names of Chinese dissidents to the communist regime in Beijing before those activists were set to testify in Geneva against the Communist Chinese Party’s abuses.

In fact, it appears from the leaked documents that the practice of handing over names of Chinese dissidents to the dictatorship was viewed as a “usual practice” by all involved. The whistleblower told The Epoch Times that it continues to this day, despite UN denials.

Chinese communist authorities used the names received from the UN to prevent the dissidents from leaving China. At least one dissident identified by the UN and detained by the CCP before leaving for Geneva, Cao Shunli, died while in detention.

If the dissident expected to embarrass Beijing at the UN was already abroad, the CCP frequently threatened or even kidnapped and tortured the person’s family, according to UN whistleblower Emma Reilly, who first exposed the scandal.

Critics of the regime whose names were handed over by the UN included activists concerned about Tibet, Hong Kong, and the Islamic Uyghur minority in Western China—all of which are being targeted by the CCP for various reasons.

In February of 2020, The Epoch Times reported on the scandal, and on the retaliation faced by Reilly for attempting to expose and halt the practice. Reilly’s case at the UN is ongoing. She remains employed there but is under “investigation.”

Prominent human-rights organizations around the world have slammed the UN practice for endangering the lives of dissidents and their families.

In comments to The Epoch Times, Reilly described it as “criminal” and even argued that it made the UN “complicit in genocide.”

For years, the UN denied that its agents were providing the names of dissidents to the CCP.

Thanks to leaked e-mails about the practice, however, it is now clear that the UN misled its member governments and the press surrounding the scandal.

One of the explosive emails in question was sent on Sept. 7, 2012, from a diplomat at the CCP’s Mission to the UN in Geneva requesting information on Chinese dissidents set to testify at the UN Human Rights Council.

“Following the usual practice, could you kindly heip me [sic] to check whether the persons on the attached list are requesting the accreditation of the 21st session of the HRC?” asked the CCP diplomat in an email to a UN liaison with non-governmental organizations. “My delegation has some security concern [sic] on these persons.”

The UN official, whose name was redacted from the leaked email, responded by confirming that two of the dissidents on the CCP’s list were in fact accredited and planning to attend.

“As per your request, kindly be advised that Dolkun Isa and He Geng were accredited by the Nonviolent Radical party, Transnational and Transparty for the 21st session of the Human Rights Council,” the UN official confirmed to the regime, with no apparent concern for the safety of either dissident or their families still in China.

Isa is the president of the World Uyghur Congress, which advocates on behalf of the Uyghur population of Western China’s Xinjiang region that is being brutally targeted by the CCP.

Numerous official sources around the world say the regime is holding more than a million Uyghurs in “re-education” camps. Former detainees who spoke with The Epoch Times revealed that they were being raped, tortured, brainwashed, and savagely abused.

Isa also serves as the vice president of the Unrepresented Nations and Peoples Organization (UNPO), which seeks to be a voice for nations and people groups without representation from a nation-state of their own.

The year after that email, at the request of the regime’s delegation, UN security attempted to remove Isa from the Human Rights Council chamber. However, Reilly—and only Reilly—intervened and prevented his ouster.

The other dissident identified by the UN in its email to the CCP mission, Geng He, is the wife of imprisoned Chinese human-rights lawyer Gao Zhisheng, a Christian who wrote a book about the severe torture he was subjected to by the CCP for his work and beliefs.

One of the reasons for the brutal torture of Gao was the fact that his wife was speaking out at the UN, as revealed to the CCP in advance by the UN officials in that email.

Another leaked email, this one from 2013, showed the same CCP diplomat again seeking to confirm the identities of Chinese dissidents expected at the Human Rights Council to expose CCP abuses.

“The Chinese Mission had very good cooperation with you and your section in previous sessions,” the CCP diplomat said in to the UN official in the email obtained by The Epoch Times and other media. “We appreciate it a lot.”

“This time, I need you to do me a favor again,” the CCP diplomat continued. “Some anti-Chinese Government secessionists are trying to participate the HRC session [sic] under the disguise of other NGOs. They might pose a threat to the United Nations and the Chinese Delegation.”

“Could you please check and inform me whether the persons I list below have got accreditation for the 22th session [sic] of the Human Rights Council?” the CCP diplomat asked. “If you have any information, please contact me through email or at [number redacted].”

Among the names on the list was Dolkun Isa, again.

According to Isa, CCP agents have showed up at his house overseas to try to get him to stop speaking out. CCP operatives also arrested his family in China, including his mother, who died in a Chinese “concentration camp” in 2018. His older brother was also arrested. And his younger brother has been missing since 2016. CCP media outlets reported that Isa’s father died, too, though Isa does not know when or where.

The Epoch Times attempted to reach the CCP diplomat in question at the Swiss cell-phone number listed in the email, but was unsuccessful.

UN human-rights officials responded to that CCP mission email with the names of four activists who were expected to attend the Human Rights Council.

The Epoch Times is withholding the names of the activists that are not yet public for their protection and privacy.

Reilly was furious and horrified at the same time.

“This is a hideous practice, but if the UN is going to do it, at least they must make sure it’s public so people know the danger they are going to be put in,” she told The Epoch Times in a video-conference interview from Geneva. “This is basic decency and basic standards of humanity—don’t secretly put these people in danger. Is that too much to ask?”

Right from the start, the emails reveal that Reilly argued against giving the names of dissidents to the CCP. Instead, she advocated informing the targeted individuals.

However, Chief of the UN Human Rights Council Branch Eric Tistounet argued that the list of names was public and that the CCP requests could therefore not be resisted.

“When did that become part of the considerations?” Reilly asked rhetorically in comments to The Epoch Times.

News of the emails confirming that the UN was in fact handing over names of Chinese dissidents made a major splash in Turkish media. However, in Europe and the United States, the scandal has barely been mentioned in the press.

In remarks to The Epoch Times, Reilly urged journalists worldwide to examine the documents, transcripts of internal court cases, and other evidence to see who was telling the truth—and then to report that truth so the people of the world can see what is happening.

But Reilly said this is a systemic issue with the UN.

“The problem with the UN is there are no adults in the room, and there is no external oversight,” she said, citing other examples of whistleblowers who have been persecuted for trying to do the right thing. “Unless the member states act, this is going to continue.”

For years, senior UN officials attempted to mislead UN member states, the media, and the public about the name-sharing scandal, Reilly told The Epoch Times.

From 2013 to 2017, the UN claimed the practice was not happening. Much later, in January of 2021, a spokesman for the UN was quoted telling the Anadolu Agency that the practice was stopped “since 2015.”

However, in a Feb. 2, 2017, press release aiming to deflect the escalating criticism, the UN Office of the High Commissioner for Human Rights (OHCHR) admitted that it was indeed confirming to governments the identities of individuals being accredited to attend its human-rights events.

“Chinese authorities, and others, regularly ask the UN Human Rights Office, several days or weeks prior to Human Rights Council meetings, whether particular [non-governmental organization] delegates are attending the forthcoming session,” the UN OHCHR said. “The Office never confirms this information until the accreditation process is formally under way, and until it is sure that there is no obvious security risk.”

Reilly said she was shocked by the language used in the release.

“The only security checks that are ever done are those done by the Chinese diplomats,” she told The Epoch Times.

Indeed, transcripts from the case show that Reilly challenged the UN to show any evidence of its supposed “security” checks before handing over the names. None was provided.

“It was all about whether these people would cause problems for the Chinese diplomats at the UN,” she said. “It had nothing to do with keeping anyone safe.”

This is a major violation of the UN’s own rules as well, Reilly said, noting that if governments want to know who is attending they are supposed to ask the plenary in front of other UN member states.

Despite the escalating scandal surrounding the practice and the UN’s retaliation against the whistleblower who exposed it, Reilly told The Epoch Times that the practice of handing dissident names to the CCP continues to this day.

“It has now become my personal mission and responsibility to prevent this UN complicity in genocide,” she said.

Documents obtained by The Epoch Times reveal that some of the highest-ranking officials within the UN system have been involved in an effort to silence, discredit, and retaliate against Reilly for her efforts.

The UN Office of the High Commissioner for Human Rights did not respond to requests for comment on the leaked emails or the broader scandal.

In early 2020, the UN OHCHR declined to comment to The Epoch Times, citing ongoing litigation. However, Reilly told The Epoch Times this week that she has given them full permission to comment on the case to the media.