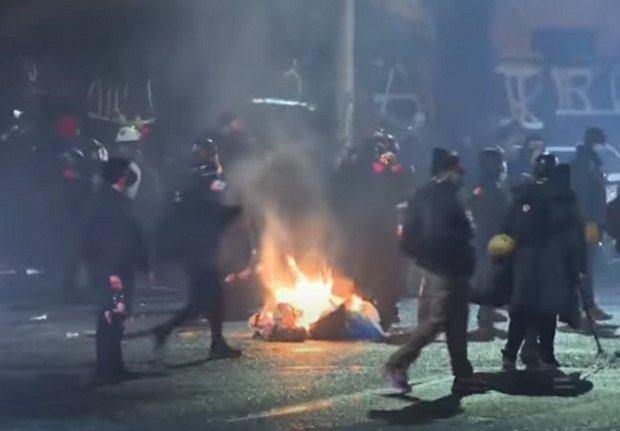 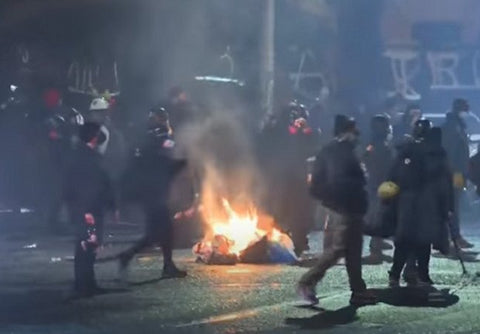 When you think of Oregon, you probably think of the left wing riots that have been happening in Portland for months.

It’s easy to forget that it’s a big state and not everyone who lives there is a left wing radical.

Some people there are sick of it, and are trying to make parts of the state leave for Idaho.

Five Oregon counties will ask voters in the next election whether they want to detach from the deep-blue state and join neighboring red-state Idaho.

In Baker County, organizers far exceeded the 496 signatures required by submitting 746, with the clerk reporting that 630 were accepted. The county population is about 16,000.

“Oregon is a powder keg because counties that belong in a red-state like Idaho are ruled by Portlanders,” said Mike McCarter, president of Move Oregon’s Border, in a statement.

He cited the impact of Democratic Gov. Kate Brown’s novel coronavirus restrictions; ongoing Antifa unrest in Portland; a state task force’s unsuccessful effort to prioritize “Black, Indigenous and people of color” for novel coronavirus vaccines, and what he described as the state legislature’s bias in favor of Portland over rural communities.

“This state protects Antifa arsonists, not normal Oregonians, it prioritizes one race above another for vaccines and program money and in the school curriculum, and it prioritizes Willamette Valley above rural Oregon,” Mr. McCarter said.

A small preview of things to come. We are two different peoples. Absolutely no need to be one nation for the sake of tradition. https://t.co/KMNt1szb6p

The radical left is forcing away average people who just want to live in peace.